Former Colombian president and 2016 Nobel Peace Prize winner Juan Manuel Santos spoke in the Lohrfink Auditorium on Feb. 26 to promote his new documentary, Port of Destiny: Peace, which was screened at the event. Santos addressed the process of peace, both in Colombia and around the world.

Port of Destiny: Peace recounts Santos’ efforts in the Colombian peace process in which he negotiated a peace agreement between FARC guerrillas and the Colombian government. The film was introduced by Kelly Laferriere (LANG ’95), who played a role in its production and found the work to be key in understanding the lengths that Santos went to negotiate peace. “Few knew or understood the story of what it took to end 50 years of civil war,” Laferriere said. “It was a story that wasn’t being told because of divisive politics.”

The event was co-sponsored by the Center for Latin American Studies and the Latin America Leadership Program, and the conversation was moderated by Jeffrey DeLaurentis (SFS ’76), the former chargé d’affaires of the Cuban Embassy.

Rev. Matthew Carnes, director of the Center for Latin American Studies, introduced Santos, who held office as the president of Colombia from 2010 until 2018, when he was succeeded by Iván Duque Márquez. As one of the most successful negotiators in recent history, many of the questions Santos faced involved the peace process.

“You have to know where you want to go, and you have to create the conditions,” Santos said.  “That’s why I say that any conflict in the world can be solved if you have the political will to end the conflict, and the dialogue, the persuasion, and the hard work.”

While he is often praised for the work he did as Colombian president, Santos wanted to make clear that he was not the only one who contributed to the momentous peace talks and that the work is not over. “This is the effort of many, many people. A lot of people put all their energy, their passion, in order to achieve what we achieved, and we are still struggling,” Santos said. “Because one thing is peace-making and another more difficult is peace building, which we are starting to do now and will take a long time.”

Some of the people that helped Santos in his pursuit of peace include former U.S. president Bill Clinton (SFS ’68) and former British prime minister Tony Blair, who were both interviewed in the documentary. In addition, the policies of deceased former Israeli prime minister Yitzhak Rabin inspired some of Santos’ methods.

“We followed the Rabin doctrine,” Santos said. “I will negotiate as if there is no terrorism, and I will continue to fight and combat terrorism as if there is no negotiation. Until we have the agreement, there will be no ceasefire. And you can kill me!”

Santos drew on his years of diplomatic experience to impart advice to leaders around the world. “I learned that the peace process is like a painting. You only show it when it’s finished. If you start showing different aspects of the peace process individually, almost everything is not popular,” Santos said.

Regardless of public opinion, Santos believes that leaders cannot simply stop when peace is achieved. “Peace is not paradise. Peace is a step to a better country.” 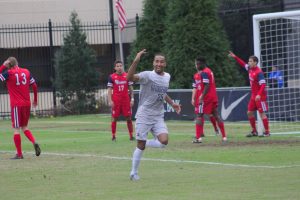