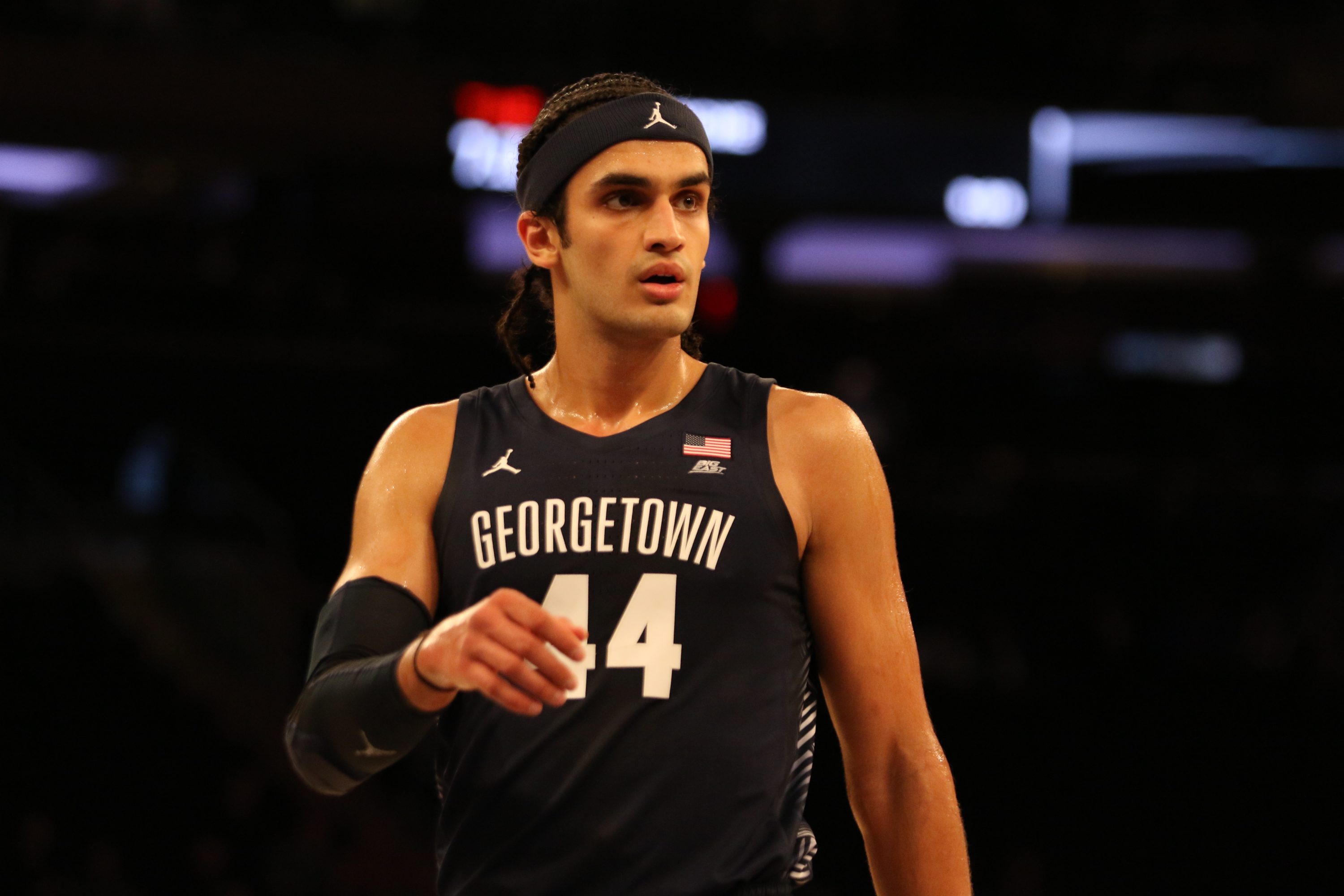 The Hoyas faced off against their rival, the Syracuse Orange, on Saturday afternoon in a game that saw Georgetown win by a final score of 89-79 at home. The victory brings the Hoyas’ winning streak to three games, following their defeats of previously undefeated Oklahoma State and SMU.

The Hoyas (7-3, Big East) were led by sophomore guard Mac McClung, who scored 26 points shooting 7-16 from the floor and 9-10 from the free throw line, and senior center Omer Yurtseven, who added 19 points and was only one rebound shy of a double-double.

Georgetown came out of the gates strong, leading Syracuse (5-5, ACC) by as many as seven points during the start of the first half. Syracuse battled back over the course of the half, including gaining a 16-15 lead with 13:44 to go. However, this would be the last lead they would hold for the rest of the game.

Coming back from a media timeout, Syracuse went on a 9-2 run to tie the game at 32-32 with five minutes left in the half. Then, with just minutes remaining, the crowd at Capital One got loud, and the Hoyas pulled ahead with the help of strong defense, including a steal by graduate student guard Terrell Allen.

Georgetown entered halftime on a high note, after going on an 11 point run and outscoring Syracuse 14-2 over the last four minutes of the half. With 30 seconds to go, McClung ran away with a steal from midcourt and made the layup at the other end to extend the Hoyas’ lead. On the next possession, McClung was given the ball again, and sunk a shot from three, extending Georgetown’s lead to 48-36 as the buzzer sounded, bringing the arena to its feet.

Following the departure of two more players from Georgetown’s team this week (Galen Alexander and Myron Gardner), the Hoyas were playing with a short bench, but Ewing felt his team faced the challenge well. “It has been a difficult week, a lot of things happened, a lot of things were swirling around, but I thought my guys stepped up,” Ewing said. “They played extremely well. We had a little lull but I thought for the most part we fought, we fought hard, defended well, and we were able to come away with three great wins.”

Ewing said the short bench meant they were not able to press as much as he would have liked to, but it did mean that senior forward George Muresan was able to see some court time.

“George did a great job for us. He had some open shots, he wasn’t able to make them, but he did all the things that he’s been doing in practice for us,” Ewing said.

Georgetown’s 12 point halftime lead had been bolstered by going 15 for 19 on free throws compared to Syracuse’s 1 for 3 over the first half. In addition to free throws aiding the Hoyas’ offense, Georgetown was pulling down more rebounds during the first half with an impressive 22 to Syracuse’s 12. McClung led the Hoyas’ offense, while junior forward Elijah Hughes accounted for half of Syracuse’s 36 points at halftime.

Out of the gate in the second half, the two teams scored back and forth, matching each other shot for shot. Georgetown maintained a definitive lead, upping it to as high as 16 points early on in the half. The second half also saw four Hoyas starters reach double digit points: McClung (26), senior guard Jagan Mosely (16), Yurtseven (19), and Terrell Allen (14).

Throughout the game, Syracuse struggled on defense. “I thought offensively we did a lot of good things, positive things, but we couldn’t get stops on the other end. They made some good shots when they had to,” said Syracuse Head Coach Jim Boeheim. “I thought they played really well through the last three games as the team they are.”

With 2:46 left in the half and with Yurtseven open in the paint, the Hoyas got him the ball to slam home a dunk, bringing Georgetown ahead by 14. Less than a minute later, with 1:49 left in the game, Yurtseven went up again for a slam, increasing his total to 19 points on the day to go with his 9 rebounds.

Syracuse’s leading scorer, sophomore guard Buddy Boeheim (25 points), fouled out with 28.5 seconds left in the game. Fittingly, McClung ended the Hoyas’ scoring for the day on two successful free throw attempts, bringing the Hoyas to 24 for 31 on free throws. Those opportunities made the game for the Hoyas, Boeheim said. “We are not going to win games if somebody shoots 31 free points and we shoot 9.”

Ewing also sees a lot of potential in this team, and sees their three-game win streak as the start of more growth and success for his squad. “We’re in the developing stage of a great year.”

The Hoyas’ next game is scheduled for Tuesday, December 17th at home against UMBC, with tipoff at 6:30pm.  For continued coverage of men’s basketball and all Georgetown sports, follow @GUVoiceSports on Twitter. 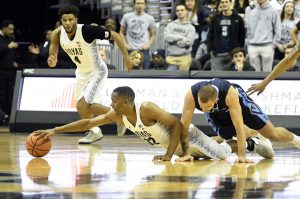 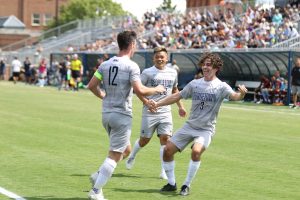