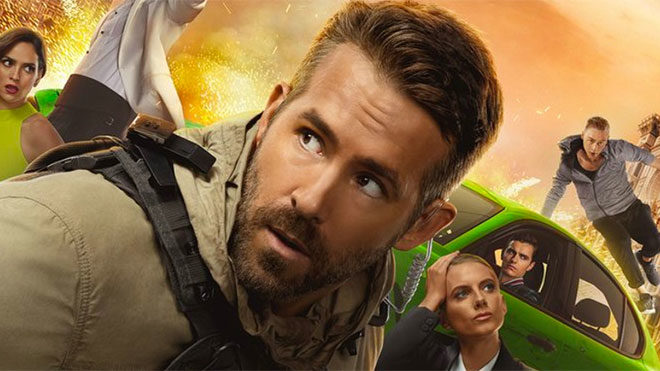 Imagine you’re talking to a 12-year-old boy working on his science fair project and he, having binged an age-inappropriate diet of Red Bull, pixie sticks, and action movies, decided to tell you about his future. “I’m going to win the science fair and then my science project is going to be so cool it makes me a billion dollars and then I’m going to be super hot like Ryan Reynolds and have sex with hot women and then I’m going to get mad about bad guys and then I’m going to fake my own death and then I’m not going to have a family because family is lame but I’m going to have lots of friends and one of them will be a sexy lady spy and one of them will do parkour! And then we’re going to fight bad guys together and overthrow a dictator and save the world!” Sound crazy? It’s actually a more coherent description of the plot of schlock-auteur Michael Bay’s new Netflix film 6 Underground than exists in the movie itself. Bay (actual age: 54) still seems to have the approximate brain function of a sugared-up 12-year-old and, as such, lacks a firm grasp of some basic real-world and film-making concepts. Below is a brief, non-exhaustive list of the things Michael Bay clearly doesn’t understand, as evidenced by the unmitigated trash fire of the film 6 Underground.

There are actually a handful of decent action concepts throughout 6 Underground, from car chases through art museums to massive boat-magnet shenanigans. None of that matters though if you CAN’T SEE WHAT’S GOING ON. Bay’s camera looks like it was operated by a squirrel on cocaine, darting all over the place and failing to focus on anything, ever. This hyperactive cinematography combined with an editing style that needs to cut every 2 seconds means that the audience can never get a handle on who’s doing what or why they’re doing it. The only exceptions are the tacky slow-mo shots to emphasize the gory violence. Also, action scenes lose all tension if they don’t seem to have any meaning to them. If you see three black SUVs chasing the car full of good guys, and then the SUVs explode, and then there are still SUVs chasing the car full of good guys, then what is the point of anything you just saw? Multiple times in 6 Underground characters will ask where all the faceless goons are coming from. Good question movie, maybe you should try answering it.

Ryan Reynolds is funny. Like really, really funny. But that doesn’t mean you can just throw Ryan Reynolds’ humor into any random scene in your film and have it turn into a comedy masterpiece. If the jokes don’t make sense or it doesn’t match the tone of the rest of the scene, it isn’t going to work. Same goes for jokes that have their own, disconnected scenes. Nobody needs to see Reynolds get mad at one of his friends for liking Spice Girls or the tough guy on the team complain that he’s afraid of flying if the scenes that those jokes are in don’t relate to anything else in the movie.

Holy confusing flashbacks Batman! The first half of 6 Underground is incomprehensible, largely because it’s often hard to tell when things are taking place. Sometimes you get a helpful title card explaining time changes, sometimes you don’t. It doesn’t help that most of the flashbacks lack any context to explain what’s happening in them or why they’re even in the movie to begin with. You could generously refer to this as show-not-tell filmmaking, except the few, occasionally contradictory scraps of information that you do get are still delivered in boring exposition dumps.

Shot A is a closeup of Ryan Reynolds sticking his head out of a car window. Shot B is a wide shot of the car with the windows rolled up. See the problem? Michael Bay doesn’t.

Parkour should be inherently cinematic. Maybe try shooting it in a wide enough shot that it doesn’t just look like a clusterfuck of legs, arms, and concrete. Also, parkour is supposed to be fast. If you show me somebody parkour-ing, it’s really hard for me to believe that the non-parkour bad guys are magically able to keep up. This is especially true if parkour guy is shown flat-out running along the top of a crane and the non-parkour bad guys are shown trepidatiously inching their way along the sides.

Michael Bay’s two favorite ways to shoot women: neck down from the front and waist down from behind—bonus points for showing more skin. The blatant male gazey-ness of the cinematography is really creepy throughout the movie. It also frequently doesn’t make much sense. The audience is probably supposed to be aroused by the parades of prostitutes in lingerie, but that doesn’t really work when juxtaposed with bad guys’ faces being blasted into strawberry jelly.

Props to 6 Underground for acknowledging that the United States and Russia are both partially responsible for supporting repressive Middle Eastern dictators. Less props for implying that those dictators can be overthrown, and their countries perfectly reformed in the span of a few hours. Also, Turgistan isn’t a real country, and having characters joke that the only thing they remember is the “stan” is pretty problematic.

Yes, I know that blowing stuff up is Michael Bay’s bread and butter, but maybe you shouldn’t be fetishizing cluster bombs in your depiction of a sarin gas attack on a civilian hospital.

I guess Michael Bay really likes vintage sit-com Leave it to Beaver? That’s the only explanation for the running joke about how people suck for not remembering the details of this 56-year-old show. I will admit thought that it was nice to hear the THX sound effects noise again, even if it barely made sense in the movie.

I don’t know anything about physics but I’m about 90% certain that you can’t just turn a yacht into a giant magnet.

So yeah, in summation, 6 Underground is a really, really bad movie. If you’re going to watch I recommend doing it with friends, on several mind-altering substances, while pretending it’s all being explained to you by a young boy. That should make the experience more enjoyable and help you understand why so little of the movie makes any sense.

A Leisurely Stroll Down Memory Lane