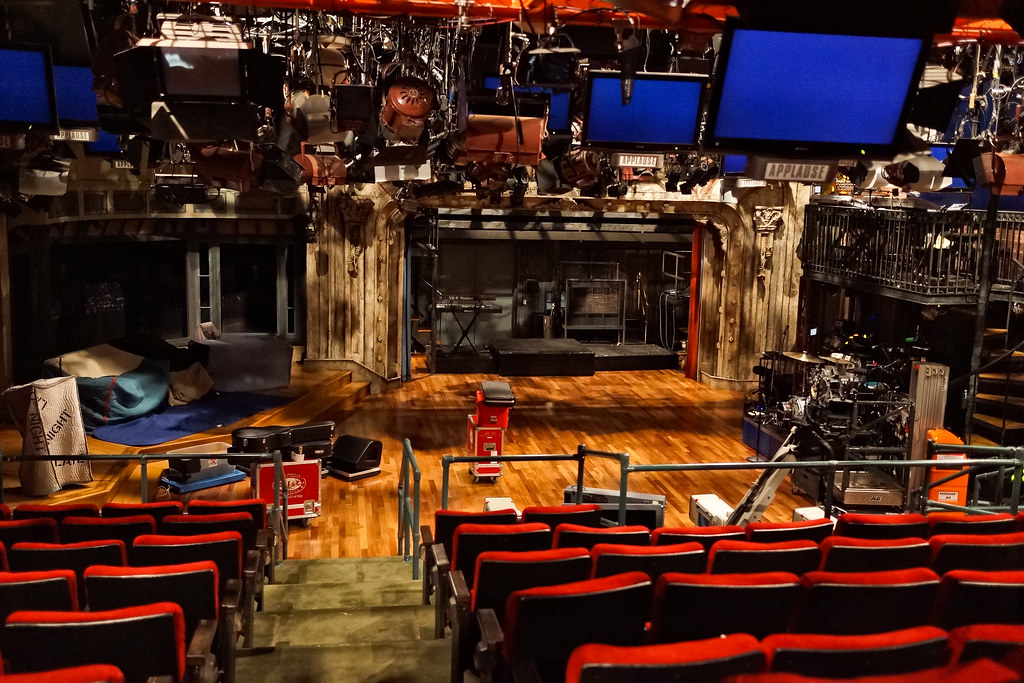 The top comment on Stephen Colbert’s first audienceless Late Show monologue reads “This feels like it was taped after Thanos snapped,” a reference to the post-apocalyptic world of 2019’s Avengers: Endgame. There’s no denying the eerie feeling of watching a conventional medium abandon its formula due to the unnerving set of recent events. With no spotlights, no sets, no teleprompters, and most importantly, no laughs, late-night television has been forced to adapt to today’s world.

Over the past few weeks, late-night hosts have made a series of difficult decisions in response to the coronavirus pandemic. On March 11, most late-night shows announced that they would be filming without audiences in accordance with the social distancing guidelines issued by major cities. But as things continued to spiral across the U.S., the shows were forced to stop production altogether, as gathering the crew and production staff in the studio posed a danger. In the week following, late-night shows began releasing segments filmed from home on YouTube. By the end of March, most of the shows were back on in their regular time slots, airing a combination of remotely filmed segments and reruns of older episodes.

The new format has varied among hosts, but watching them uniquely embrace the silliness of filming from home is charming. Jimmy Fallon now opens his show holding his logo, drawn in marker by his daughter, up to the camera, and films his monologue clearly reading off a paper with his kids climbing on the couch next to him. Hasan Minhaj has replaced his deep-dive political stories with sketches filmed while his family is making a lot of noise in the rooms next door. Jimmy Kimmel has created a new intro, voiced and illustrated by his daughter. This window into the homes and families of beloved but often inaccessible hosts creates a new feeling of intimacy, something the big-budget studio setting simply does not allow for.

However, as these shows move into their second week of filming from home, they are certainly starting to settle back into their old formula. Slowly but surely, graphics and scripts have returned, hosts are being mic’d, and production value has gone up. It seems the show that was once done in the studio is now attempting to be replicated from home, and it has done so with a shocking amount of success.

But as the late shows try to approach any form of normalcy, the lack of laughs becomes jarring to the viewer who is accustomed to an immediate validation of the humor. Suddenly, the punchlines that were once met with overwhelming laughs from a lively crowd are up to the home audience and only the home audience to evaluate. Live performance is a medium that thrives on energy exchange with the audience, and removing that response while many other aspects remain the same leaves the show feeling rather empty.

In a time where the country is just begging for things to seem normal, it is unsurprising that late-night shows have fallen back into their usual formula. But their doing so squanders a brilliant new opportunity to innovate while the whole world experiences tragedy together. Stephen Colbert’s in-studio audienceless monologue, which essentially consisted of him talking off the cuff about his utter disbelief of the current situation, was one of his best segments in recent memory. When the looseness and uncertainty of today’s world is embraced, it allows for art that is just more tangible and apropos to an audience in lockdown.

The late-night formula is wonderfully entertaining, and it has undeniably thrived for so long because of this reason. But when hosts stare into a camera, pausing for laughter that simply won’t be heard, it becomes clear how necessary it is for the format to adapt to the current set of circumstances rather than shying away from them.