This article is part of our 2021 contribution to the D.C. Homeless Crisis Reporting Project in collaboration with other local newsrooms. The collective works will be published throughout the day at DCHomelessCrisis.press.

There are thousands of unhoused people in Washington, D.C. There are also thousands of vacant apartments. For the founders of Vacant to Virus-Reduction (V2VR) the solution seems obvious: offer them the housing.

In spring of 2020, V2VR outlined a plan in which the D.C. government invests in the D.C. community by directly matching unhoused people with vacant, taxpayer trust fund-financed housing. Under current policy, the city allows these properties to remain vacant.

“People are sleeping in front of storefronts, churches, banks, agencies, on park benches, and sleeping in shelters when properties could be utilized for the benefit of the unhoused community,” O.B. Black, a representative from V2VR, said in an interview with the Voice.

When V2VR was launched last year, there were 9,826 vacant units in D.C, according to an official count done by Costar Group. As of July 2021, that number had increased to 17,614.

“Why are people in shelters, on the streets, when we have so many different apartment buildings?” asked V2VR member Umi E, who got involved with V2VR after she herself experienced housing instability.

Umi got involved in V2VR through People Power Action (PPA), a larger grassroots advocacy group for the unhoused that was launched in 2017 by the Washington Legal Clinic. The name ‘Vacant to Virus-Reduction’ is a play on D.C. Mayor Muriel Bowser’s ‘Vacant to Vibrant’ plan, which finances the construction of green spaces and other real estate projects.

The V2VR plan has sought to reconcile the simultaneous crises of the lack of affordable housing for unhoused residents and the dangers posed by the COVID-19 pandemic with the thousands of vacant apartment units in D.C.

V2VR wants to take a ‘housing first’ approach. Under the plan, organizers would first inventory the vacant units available, inspect the units, and produce a database of vacant apartments. After counting the units, unhoused individuals would be matched with available apartments and supported with a ‘welcome kit’ of supplies, resources, and contacts.

V2VR hopes to focus on filling vacancies in buildings where construction was funded through D.C.’s Housing Production Trust Fund (HPTF), which holds millions of dollars (Mayor Muriel Bowser has promised to allocate at least $100 million annually). The fund is intended to finance the development of affordable housing units for low-income families and individuals. Under the current model, developers are expected to make new apartment complexes accessible and affordable for low-income residents, including the unhoused population. However, recent reports reveal that the fund may have been misused. Allegations include overpaying developers, overcharging tenants, and allegedly misappropriating the funds.

“I think if more people were aware of just how much money is going to build this building and they’re sitting empty, people will be upset about it, which they should be,” Umi said.

When the COVID-19 pandemic took hold in early 2020 and challenges of social distancing in shelters forced many residents into outdoor encampments, ensuring housing for all D.C. residents became increasingly important. As of October 5, 2021, 25 members of the D.C. unhoused community had died of COVID-19.

“Being in congregate areas was how it spread, so it felt like it was better that you were outside,” Umi said.

After Bowser’s District-wide stay-at-home order was issued in March 2020 to combat the spread of the virus, members of D.C.’s unhoused population often had little choice but to spend time in crowded shelters and enter public buildings to use the bathroom and wash their hands.

“How do you invoke a stay-at-home order on so many homeless people?” questioned Reginald Black, V2VR representative and Executive Director for the People for Fairness Coalition homeless advocacy group.

While other cities bought hotels and attempted to find ways to house their houseless populations, D.C. failed to do so. “These are things that the mayor also could have done, but she seems against it,” Umi said. “It’s very, very frustrating.”

In May of 2020, law students at Georgetown University Law wrote an op-ed calling on Georgetown university to open its vacant dormitories to unhoused residents during the pandemic. “People were still warehoused at CCNV [one of D.C.’s largest homeless shelters] when you have this huge vacant building right next door,” said Caitlin Cocilova, a Staff Attorney at The Washington Legal Clinic for the Homeless and an advocate for V2VR. Georgetown did not open its doors.

Faced with little alternatives, many unhoused D.C. residents moved into encampments, or outdoor tent communities. But recent D.C. policies have made living in encampments near impossible. D.C.’s Office of the Deputy Mayor for Health and Human Services (DMHHS) is in the process of evicting residents from several houseless community encampments, including D.C.’s largest such encampment in NoMa, often through destructive or violent means. Last week, a bulldozer clearing the area struck and injured a NoMa encampment resident.

There are some government projects that exist to support the unhoused, such as the voucher program, which has grown in recent years. But issues with these programs persist.

“You have to have your birth certificate, typically you have to have an ID, in order to receive [the voucher],” Umi said. “Living on the streets, you may or may not have this.” V2VR wouldn’t have these requirements.

By matching houseless people with vacancies, V2VR hopes to directly address the challenges facing the unhoused community. But so far attempts to bring the V2VR proposal to the attention of the D.C. government have been largely unsuccessful.

“We repeatedly put out the plan for it, we put out the website, we repeatedly talked about this plan with folks. And unfortunately, there was really no movement on it,” Reginald said. V2VR representatives have also spoken on the radio and with city officials about the plan.

With D.C.’s unhoused population still one of the largest per capita in the country, and tens of thousands of apartments remaining vacant, V2VR’s advocates continue to fight to implement the proposal. And as D.C.’s eviction moratorium is set to expire on Oct. 12 and the District government is simultaneously evicting people from encampments, the need for action is greater than ever.

“So that’s the next step: to aggravate enough people to bring attention to the issue,” O.B. said.

After being repeatedly ignored by city representatives, advocates of the proposal stress that the future of V2VR still requires the government’s support. For that to happen, V2VR representatives argue, D.C. residents need to demand attention from their elected officials.

Margaret Hartigan
Margaret is a freshman in the college majoring in Spanish and Government. Her favorite author is Donna Tartt, her favorite color is green, and she enjoys listening to the "Pride and Prejudice" soundtrack while she writes. 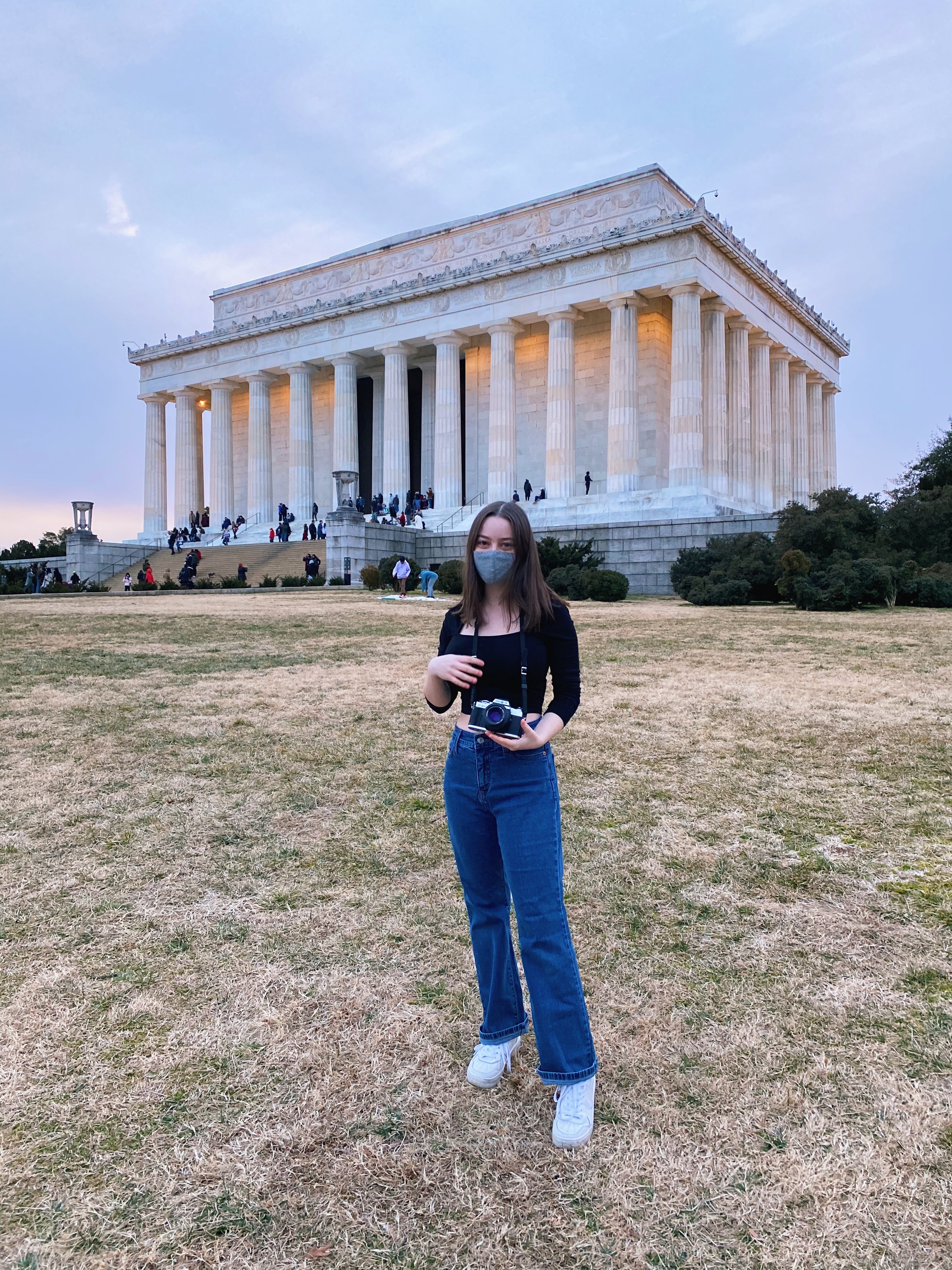