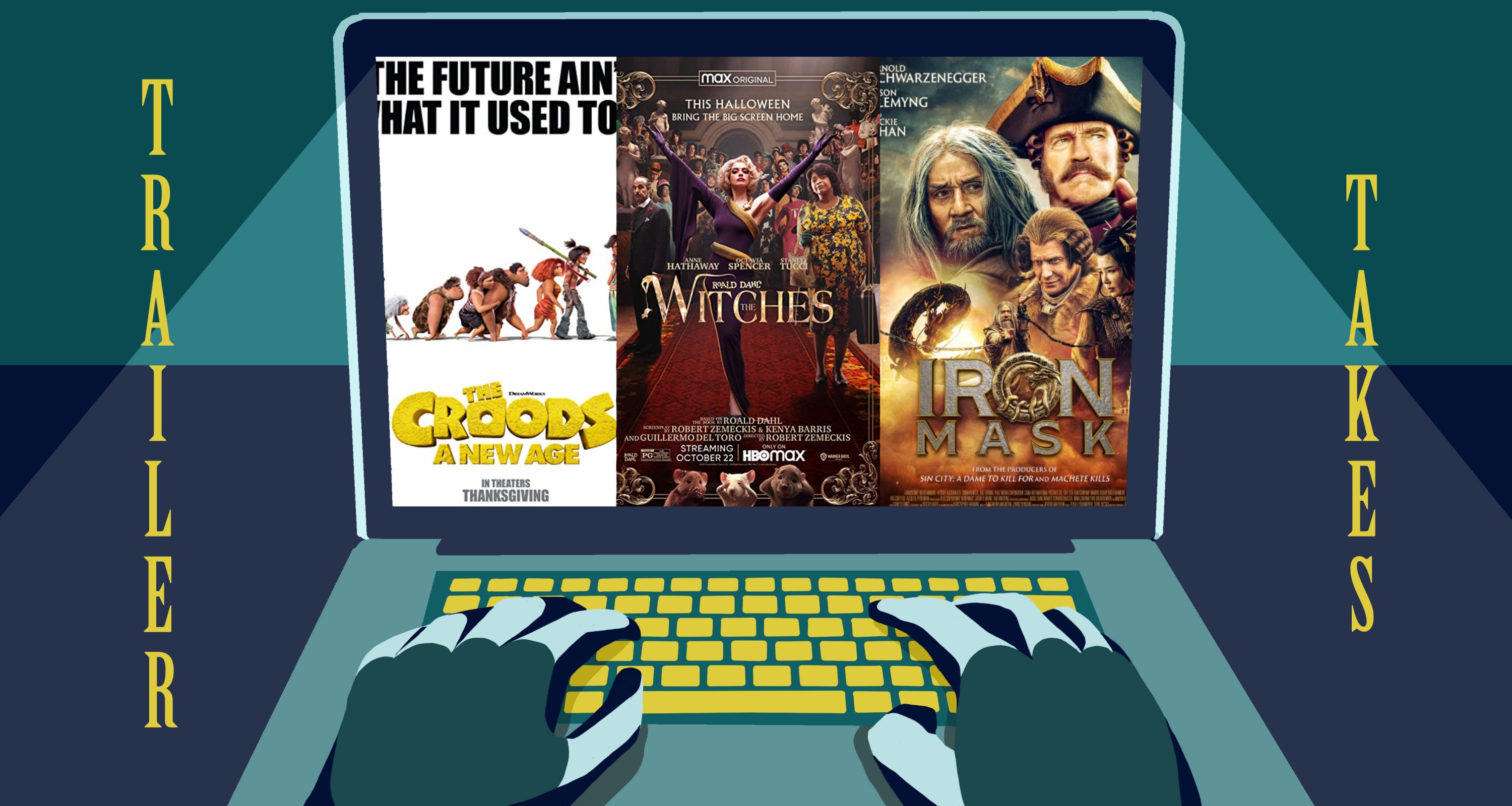 I loved Roald Dahl books as a child, so I am always excited to see an adaptation of one of his classic stories. While not all adaptations of movies are necessarily bad, this version looks so much more corny than the original 1990 The Witches. I remember being a little scared of the original plot as a child, however, this movie seems to be more satirical and silly than the original material. It seems like they took one of Dahl’s scarier books, and tried to force it into a comedy. To me, it comes off as a little trite and I do not know if it will truly reflect the creepiness of the witches.

Also, Stanley Tucci, with a southern accent? I am skeptical.

Though I’ve never read the Roald Dahl book that this movie is based on, it’s clear that the movie guarantees talented performances. Stanley Tucci, Octavia Spencer, and Anne Hathaway seem to be great casting choices for an ostentatious, fantastical, and widely loved story. And, seeing that it will be available to stream at home, it will be just in time for Halloween! This movie definitely looks perfect for embracing the Halloween spirit.

Like Sarah, I loved anything and everything Roald Dahl as a kid. The Witches is actually my favorite Dahl book, I tore my copy to shreds, so needless to say I am very excited about this adaptation. Like the book itself, this is a very colorful trailer, true to a plot full of magic and wickedness. The casting of Octavia Spencer and Anne Hathaway seems perfect to me, and I have a feeling this movie will capture the charm and wonder of the beloved book. It can be difficult to adapt children’s books into motion pictures in a way that appeals to a larger audience, but I think this trailer, and hopefully the film, acknowledges the silliness of it all in a way that makes it great.

I will definitely be watching this in October, probably on Halloween as I reminisce about parties of Halloweens past.

I vaguely remember the first Croods movie, but this trailer really made me laugh! My favorite part was the moment the grandmother was like “I’m out” and just walked into the monster’s mouth craving death. I love her.  I think she is a kindred spirit. Some quotes from the trailer alone really made me smile, “Today is a good day to die,” “Never apologize for an effective kill circle.”

Also, the short clip of two teenage girls whose voices get higher and higher made me miss my friends so badly. I imagine I will have the exact same reaction when I see some certain friends after the pandemic. Cover your ears, the octave levels are truly impressive.

Some kid’s movies annoy me, but I think this one is very sweet. I somewhat remember seeing the first one and finding it cute. If I had kids of my own, I would take them to see this movie. It’s beautiful, it’s warm, and its message of family is appealing.

I never saw the first movie, but from the very beginning of the trailer, I couldn’t deny that the animation was beautiful. It was impossible to miss the vibrancy of nature and the purple and blue skies. Given that this movie is oriented towards children and families, the storyline seems to have obvious but positive messages regarding acceptance, friendship, and adventure. And, as another plus, the cast is stacked, with the likes of Emma Stone and Ryan Reynolds, who voice members of the prehistoric family. All in all, this looks like a sweet and fun movie for families to watch.

I have a younger brother, so I was brought along to see the first Croods back in 2013. To be completely honest, I have since completely forgotten the entire plot, other than the fact that they are a prehistoric family. I’m always a little skeptical when it comes to animated family movies nowadays, and while I probably won’t see this movie, this trailer looks pretty cute. The colors in the animation are lovely. I think the movie could have some interesting conversations about the “civilized” people, in this movie known as “bettermens,” and the “cave” family the movie revolves around. In the end, this is a family movie for families, likely with a predictable but heartwarming ending.

One last thought—I’m obsessed with the tiny sloths. They are, in short, perfection.

Okay. We do not have time to understand ALL that, but let’s give it a shot.

After rewatching the trailer a good five times, these are my best observations. I think that this movie will be very visually appealing. Some of the costuming threw me off, which often does not happen from a trailer alone. The military uniforms seem highly theatrical, and the traditional Asian dress seems to pull on general stereotypes and are larger-than-life in appearance.

I believe that people will either love this movie because of its visual design and cast, or be very confused. There seems to be a lot of fighting—I really hope there is an equally good plot as there are visual elements with the potential to back-up the story flow.

I feel like lately I’ve only seen trailers that basically reveal the entire plotline of the movie (e.g. No Time To Die) but for this one, it was the exact opposite. I have no idea what’s happening here. They seemed to be relying on the two powerhouses leading the cast (Jackie Chan and Arnold Schwarzenegger) more than anything. It felt very disjointed. I caught a glimpse of a guy with the mask (no idea how he plays into the plot) and a…dragon? Also, given the trite dialogue and the B-grade special effects, I couldn’t really help but agree with one of the comments on the video that said, “This looks like a 2000’s movie remastered in HD.”

I will preface this by saying that I tried my best to understand this trailer. That being said, I could not get over Arnold Schwarzenegger’s mustache. There’s a lot going on in this trailer but I could not stop thinking about it. Whose decision was that? I do not know and I would like to.

Like I said, there’s a lot going on in this trailer, and it definitely wasn’t whatever I expected it to be. There’s legends, fighting, what looks like English colonial powers, and a dragon, cause duh. Jackie Chan with long hair is in a prison that no one has ever escaped from, and Schwarzenegger is a guard with a mustache. It looks like Chan, big shocker, is going to try to escape. But then there’s also something going on with an evil ruler and a seal. And halfway through the trailer, there’s a man in an iron mask who only shows up maybe three times.

I’ve watched this trailer many times. I showed my dad. I showed my brother. I still don’t know what this movie is about. My only hope is that there’s a human playing the dragon and that there will be some excellent behind the scenes footage, à la Benedict Cumberbatch in The Hobbit: The Desolation of Smaug (2013).