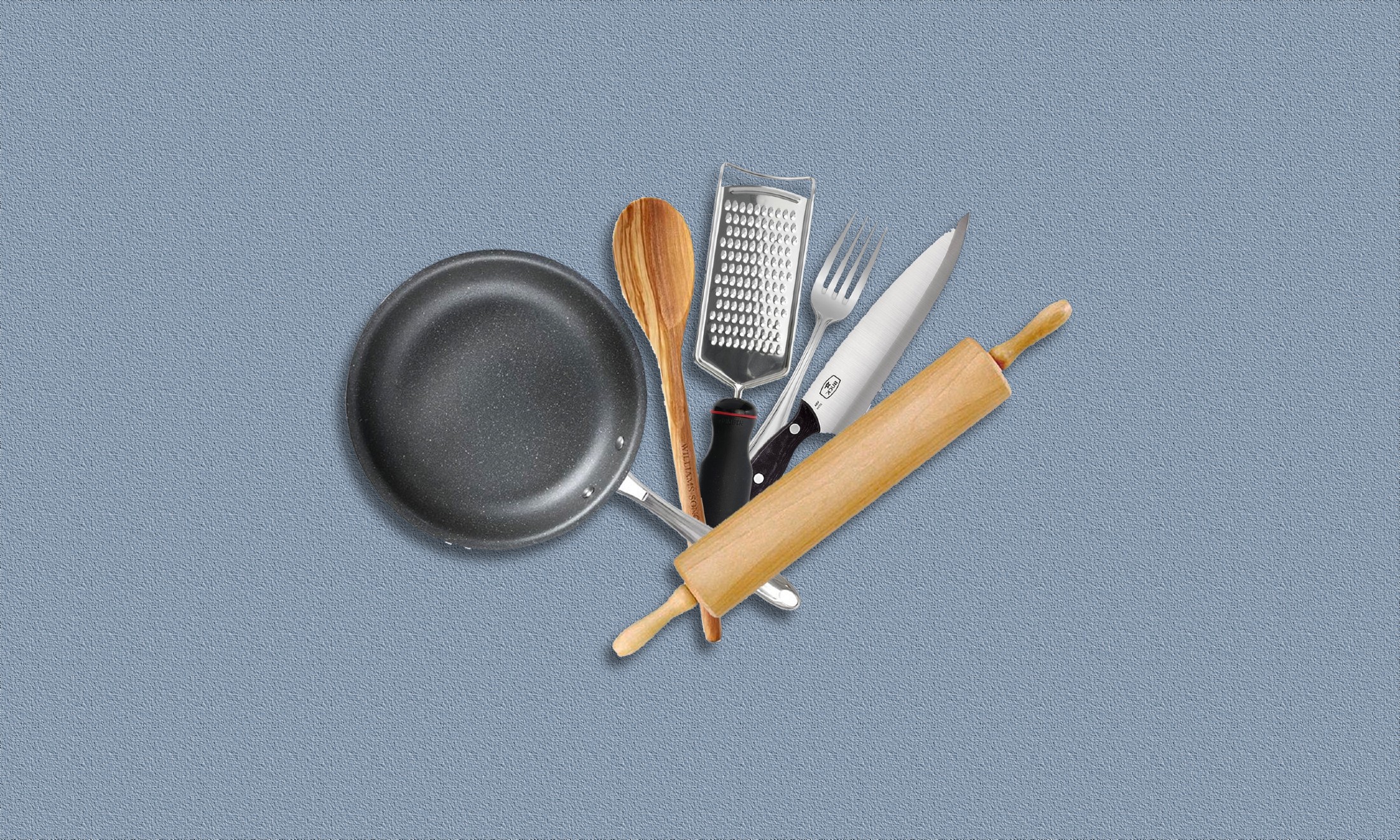 Audio: Listen to Matt Phillips read his piece on cooking: “On Burning Bread.”

A quick scroll through my text feed with my mom over the past few months would reveal some recurring questions: How long for the sausages again? Oil in the pan for scallions? Do I need to cover the turkey burgers? Uh—how do I store bacon?

At the start of August, I—a twenty-year-old Mom’s cooking aficionado—moved out of my childhood home, where I proudly held the role of sous-chef for family dinners. The big successes of my summer were settling which trees I liked on the many walks through my neighborhood and figuring out how not to burst the yolk when flipping a fried egg.

In the months while I was at home, it felt strange to suddenly be back in the woody suburbs of Philadelphia after two years of learning to subsist on my own, three hours south in Washington, D.C. And it was quite odd to suddenly walk around a house all day that could not do anything but remind me of high school. To slog through a final paper while my mom read a magazine and my dad watched the news. To be met with their concern when I groaned aloud at how painfully boring this class reading was (behavior which never concerned my roommate, at least).

So it felt reasonable to move 15 minutes away (a privilege, I realize) to West Chester, Pa., into a one-floor apartment that feels a lot like a ship’s cabin: The bathroom, connected to the kitchen, is the farthest thing from my bedroom, and getting there involves walking through my roommate’s bedroom.

From the beginning, I was worried about the cooking.

The first morning, I stained white towels purple trying to wash and dry blueberries for my cereal. (We hadn’t even gotten to a hot flame yet.) That next night, a thunderstorm left our oven beeping, but not, well, working. The electric stove still did, though, and that quickly became my sparring opponent for the next few weeks.

But even the simplest things required a phone call home as I tried to recreate some favorite dishes. At the end of my first week of classes, I decided I’d ford the Rubicon and try making a BLT, frightened by the very concept of cooking bacon. (Why does a hot dog pan need water but a bacon pan needs nothing? Absolute nonsense.) Seven minutes in, the bacon—which the package said would cook fully in eight minutes—was looking like it got a tasteful tan down on the New Jersey shore.

I checked my heat a good 20 times and kept flipping it, but for whatever reason, my bacon was not crisping. Overcome by fear it would suddenly go from tan to black if I took my eagle eye off the pan for even a moment, I burnt the bread in the toaster.

I didn’t know what to do. Should I give up and throw everything out? Go get Wawa? Call my mom for what was probably the third time that day?

But slowly—then mysteriously—the juices started to release, and my bacon turned the color I expect bacon to be. I gave it a couple more minutes to make sure I wouldn’t give myself food poisoning, and then I assembled my BLT. The bread was super burnt, but I was happy enough to dance: I had cooked bacon!

I’ve learned a lot in the weeks since then, though I still periodically burn bread while focusing on something else. I’ve graduated to stretching out pizza dough, folding quesadillas in the pan, and experimenting a little with what few spices I have (Maybe I’ll add some red pepper flakes is a common brainiac move). Quesadillas are my specialty, I’d say, but I always seem to make too much filling for the tortillas, so I’m left eating everything with a fork. Well, at least they taste good.

The other day, wanting to eat less like a college student, I set about trying to replicate the Korean tofu recipe my girlfriend and I have made together before. It involves a lot of adding ingredients to a pan while the sauce is simmering over medium-high heat. Ten minutes into that enterprise, the sauce was boiling and I was trying to figure out what to do with the garlic cloves after I’d succeeded in peeling the strange object. My forehead streaked with sweat, I shouted, Fine, then, NO GARLIC!, and continued with the recipe. (That same garlic still haunts me whenever I open the fridge.) I texted her afterward: This is so hard by yourself.

But I’m really glad I’ve learned to cook—though maybe learned is charitable. I miss Georgetown—and the times I normally would have been packed into sweaty dorms at 2 a.m. or cramming for midterms under fluorescent lights—but the excuse to check in with my parents almost daily and learn from them about cooking chicken, paying bills, and water heaters is welcome and needed. And there’s something peaceful about getting to chop, stir, and plate things with my hands after too many hours staring at screens and paperbacks. I feel accomplished, proud, when I plate something.

I also quite enjoy my escape to Acme, a Northeast grocery chain, where I pick up certain red peppers and put down others like I know what I’m looking for while eavesdropping on conversations. At times, I lose things on the way back to my car—like the last trip when I left six individual Pure Leaf Iced Teas bouncing through the parking lot like ducks—but, hey, it’s all part of the fun.

It’s vivid, looking back, how Sunday mornings from March to July were so often colored with these ways of speaking: poring over cookbooks, trying yet another Key Lime pie, having my knife grip corrected. The oldest recipes we have—a stained and peeling assortment of handwritten how-to’s—cannot even kindly be called a cookbook. It can feel a bit like trying to reassemble the fragments of Sappho. But that, I think, is tradition: at once wholly practical and wholly art.

I don’t want to give you the wrong idea—I am the worst cook in the kitchen on any one of those days. But cooking, it seems to me, sometimes says what language fumbles with. It’s specific in its details, and through them, like the best of poems, approximates a feeling—approximation which sometimes can get at the feeling better, make it feel more true. Sometimes you want to say I love you, but sometimes baking a gigantic chocolate cake says I love you in a way speaking can’t manage.

The other week, I called my grandmother, who lived with us while I was growing up but is now quite far away (You look like a movie star, she said of my strange, COVID-era mustache). She was so excited to hear I was starting to cook—How important it is!—and I mentioned absentmindedly that I’d like to learn to make fried dough, the treat she used to make when I was a kid.

It’s easy, she exclaimed (we’ll see about that), and proceeded to explain the process. I had thought you needed a frier (hence, fried dough) but found out I’d only need my trusty pan. I told her I wasn’t exactly sure when I’d get to it, but I’d send her pictures when I did—though I was sure it wouldn’t be as good as hers.

She said that it had brightened her day, getting to talk and share an old recipe and some memories that get more and more distant each year. By the time we hung up, I was fighting back tears.

We all need flickers of light these days, when it can be otherwise easy to feel like you’re the aggregate sum of all the people you are far from. For me, those flickers are to be found in my amateur kitchen. And while I can’t get on a plane to Fort Lauderdale, sharing pictures of the finished recipe with my grandmother (well, once someone with a smartphone can get in her room) is a chance at bridging one of those distances.

That feels useful, exigent—more important than anything I could be doing in the classroom right now. Perhaps cooking is my one thing I hope I don’t lose in whatever post-pandemic looks like: the pressing need to draw someone nearer to you, make the gap a little smaller, by whatever means possible.

So, though I haven’t gotten to the fried dough yet, I will before the new year, I promise. It’s how I’ll be saying goodbye to this strange year: with love. 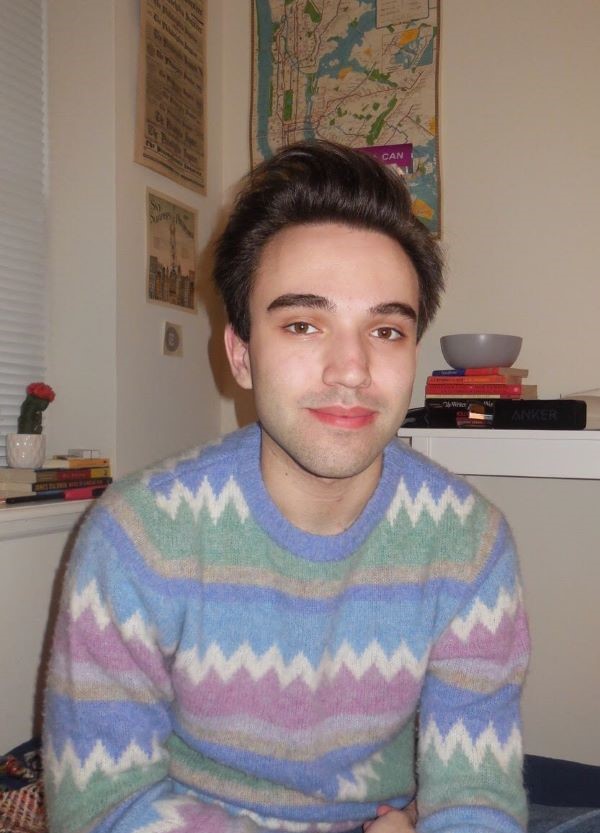 Matt Phillips
Matt Phillips is an English and Classics student in the Georgetown College. 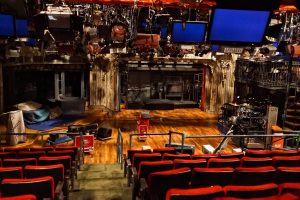