Fowl Play: Recipe for Seduction is brilliant in its insanity 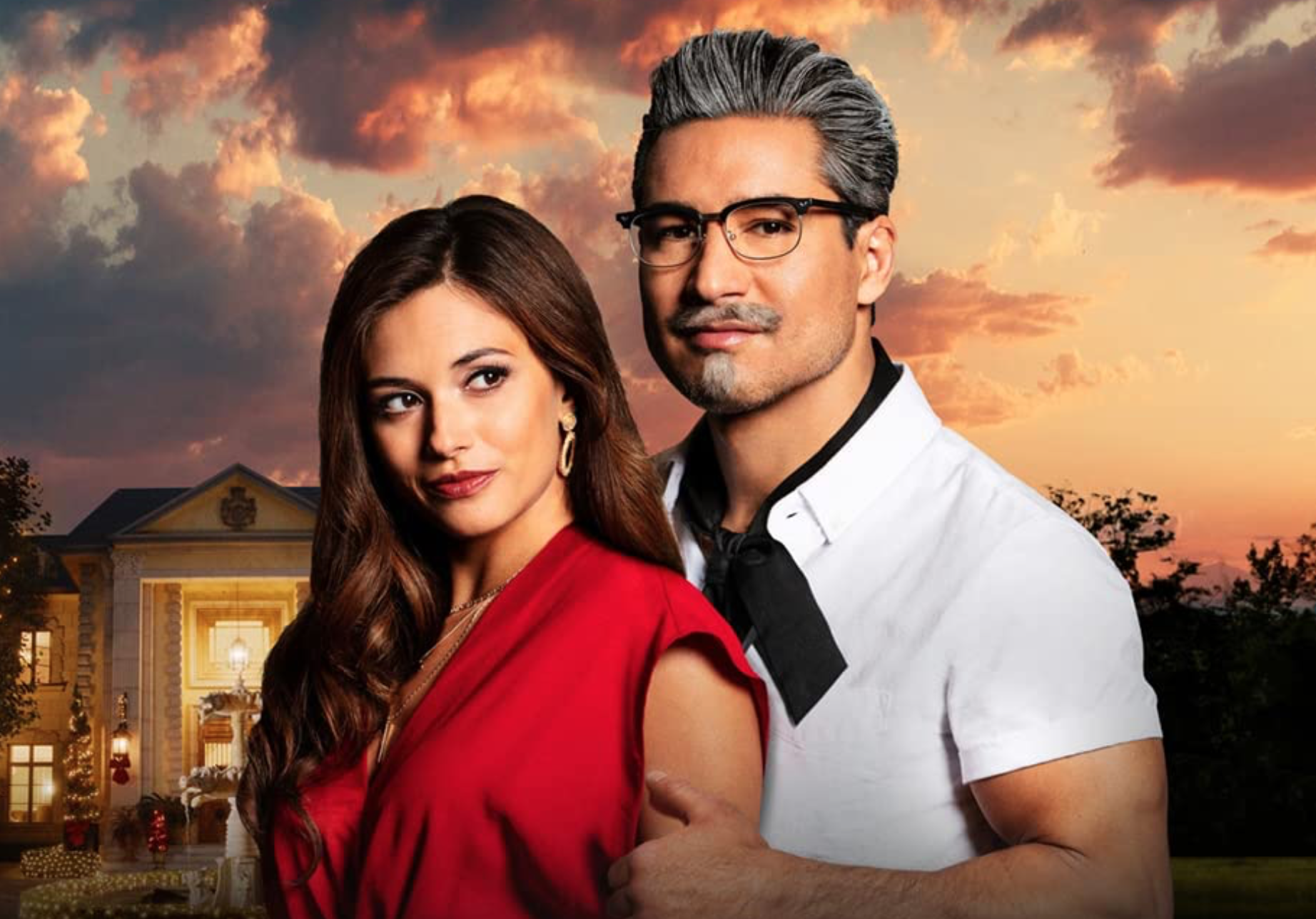 I have been home from Georgetown since March 17. That means I have been home for over 26,000 15-minute increments of time. A lot of them have been spent in meaningful ways, volunteering on a local campaign, spending time with my family, and working at my neighborhood bookstore. A lot of them have been spent in unproductive ways; napping, scrolling through Twitter, and arguing with fellow Voice members about the Hoyas basketball team, administration decisions, or bears via Groupme. But today, I want to focus on the greatest 15 minutes of time I have spent in the last 9 months: watching the Lifetime and KFC collaboration, A Recipe for Seduction, starring Mario Lopez as Colonel Sanders.

Yes, you read that correctly. AC Slater from Saved by the Bell plays the venerable Colonel Harland Sanders in a 15 minute romance/action mini-movie. It is an outrageous concept and I still don’t fully understand what KFC is trying to achieve. However, in the words of Detective Benoit Blanc, “It makes no damn sense. Compels me though.” So, I made sure I was plopped in front of my TV at noon on Dec. 13 to catch the premiere—and let me say it was so worth it.

The film opens on Christmas dinner. I think. Later on, the characters discuss the Christmas Eve menu, but if that’s the case why was there a large banquet on December 23? But I digress. At the table sits Jessica Mancela (Justene Alpert), her mother Bunny (Tessa Munro), her boyfriend Billy Garibaldi III (Chad Doreck), and her best friend Lee (Martin Morrow). After some witty and flirty repartee between Billy and Bunny (oh just wait, it gets creepier), Billy decides to pull out a ring and propose to Jessica. Jessica, who had been making faces about Billy throughout dinner and obviously despises him, is absolutely not having it and runs off.

Cut to the next morning. As doleful music plays, we learn the Mancelas, despite living in a mansion and keeping on an entire staff, have severe money issues since the death of Jessica’s father and they will lose the house if Jessica does not accept Billy’s proposal. God forbid they sell the manor and downsize to a cozy two bedroom. Just when it seems like Jessica might be swayed by her mother’s argument, despite her distaste for Billy, the new head chef, Harland Sanders walks in. That’s when things get spicy. Just like KFC’s hot chicken special, featuring coleslaw and a biscuit. Ok I will stop.

The sexual chemistry between Harland and Jessica is off the charts from the very start. I won’t lie to you, dear reader, Lopez does look dashing with gray hair, and Jessica notices. The next morning, Jessica takes Harland on a tour of the grounds, where their budding chemistry continues to grow. On the walk, Harland tells Jessica about his secret recipe that he believes will bring him fame and fortune. At this point I really started asking myself about the timing of this movie. Was fried chicken not invented by this point? Is Sanders on the forefront? Or is Popeyes still a thing? If Popeyes was a thing why would anyone ever eat KFC? Why does anyone eat KFC in real life? Who can say.

As the tour comes to an end, out comes Billy, steaming mad that Jessica has been ignoring his calls. Seeing Harland, he delivers the fantastic line, “Beat it, Crouton,” as he hopes to talk to Jessica alone. The viewer sees Billy menacingly tell Jessica that they are “meant to be together” and even takes a grab at her. This guy is not it, and I frankly don’t understand what they ever saw in each other. They have negative chemistry, and Billy has horrible vibes and may be dangerous. For her safety, Jessica needs to get out.

Jessica has finally understood this and realizes what all the viewers already know: she and Harland are in love. So what if they’ve only met two times, you can’t manufacture what they have. So what if there is unprecedented amounts of manufacturing that go into KFC’s popcorn nuggets? Ok now I’m done, I promise. Jessica details all of this to Lee over the phone and decides she will break things off with Billy permanently. Unbeknownst to Jessica, her mother has been listening to the whole conversation and decides to step in.

We cut to see Billy day drinking at the nearby country club, as he wallows over his relationship. Bunny meets him there and tells him about what she heard. She implores Billy to do something about Jessica and Harland’s burgeoning relationship and reminds Billy about a long weekend they spent together at the vineyard. She promises more long weekends if he marries her daughter. This is where the storyline starts to lose me. Someone please explain to me why Bunny and Billy can’t just get married? They are both crazy, Bunny has no husband in the picture, and the Manceras could get some of the Garibaldi money anyways. I am confusion.

Back at the estate, Billy begins to go through Harland’s things, looking for the recipe that has drawn rave reviews. Upon finding it, Billy utters the iconic line, “Secret’s out, chicken man!” Yes, really. At this point, Harland walks in and Billy lies, saying that Jessica has accepted his proposal. After a brief standoff, Billy makes Harland an offer: a check for $500,000 in exchange for Harland skipping town. I, for one, would do a lot for $500,000 including, but not limited to, leaving a girl with seemingly no personality that I met two days ago. But that’s just me.

Now, the drama begins to pick up in earnest. Lee bursts into the mansion, trying to tell Jessica that he saw Bunny and Billy plotting at the country club. Bunny, in a fit of madness, strikes Lee in the back of the head, knocking him unconscious, and drags him away. Meanwhile, Harland confronts Jessica who dispels the rumors and professes her love. However, Billy and Bunny aren’t willing to accept defeat easily.

The next morning, Jessica decides to tell her mother that she loves Harland, but her mother delivers shocking news: Harland left town that night in a hurry. Riiiiiiiiiiiight. Downcast, Jessica goes for a walk on the grounds. As she walks over a red Japanese bridge that looks like it came out of a Fisher-Price catalogue, she hears thrashing coming from a toolshed and sees a doorknob dripping in blood.

When she opens the door, she sees Harland, tied to a chair, at the mercy of Billy, armed with a kitchen knife. In rushes Bunny, who reports that Lee has escaped and begs Billy to just kill Harland. I  have to wonder what this would have achieved? Were they going to kill Jessica too? Otherwise, wouldn’t they just go to prison for murder? I don’t know.

Not to worry! After a headbutt from Harland, a strike to the back of Billy’s head by Lee, and a rugby tackle of Bunny from Jessica, the two lovebirds share a kiss. The film then jumps to a year later, where Lee presides over Harland and Jessica’s wedding. Yet, the story was not quite over. In an epilogue, a graying Bunny meets with Billy at some sort of mental institution. Why aren’t they in prison for all they’ve done? Has this all been a metaphor for wealth and white privilege?? Ok, I’m calm, I’m calm. Anyway, Billy comes over and informs Bunny, “I found them,” as he chomps down on a KFC drumstick. Perfection. Fade to black.

How can one analyze someone else’s masterpiece, their magnum opus? For this film is assuredly the crown jewel of Eric Eckelman, Armand Prisco, and Natalie Prisco’s career. Notably, the three do not attach their name to the end of the production, instead leaving the pseudonym Jean as the director. Not because they were ashamed, I am convinced, but in order to not distract from the themes of the work. True humility that brings a tear to my eye.

All the actors gave 120% to their roles. In particular, Chad Doreck as Billy went outrageously over the top, with some extraordinary line deliveries, including his delivery of “Spare me” when told that Harland had a secret recipe. Personally, I would have liked to see more of Morrow as Lee, as his character spends much of the runtime unconscious. The true star of the show is assuredly Alpert, whose chemistry with Lopez is off the charts. I look forward to checking out her other work, such as Genie in a Bikini.

The production value in the film is off the charts, as the sweet sweet Georgia Gold Honey Mustard BBQ chicken money is evident. Listen, I’m not going to tell you this movie is good. It’s objectively terrible. But clocking in at a brisk 15 minutes? Finding a way to watch this film is a no brainer. I will be forever changed. 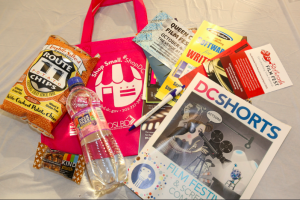 By Kayla Hewitt and Brynn Furey