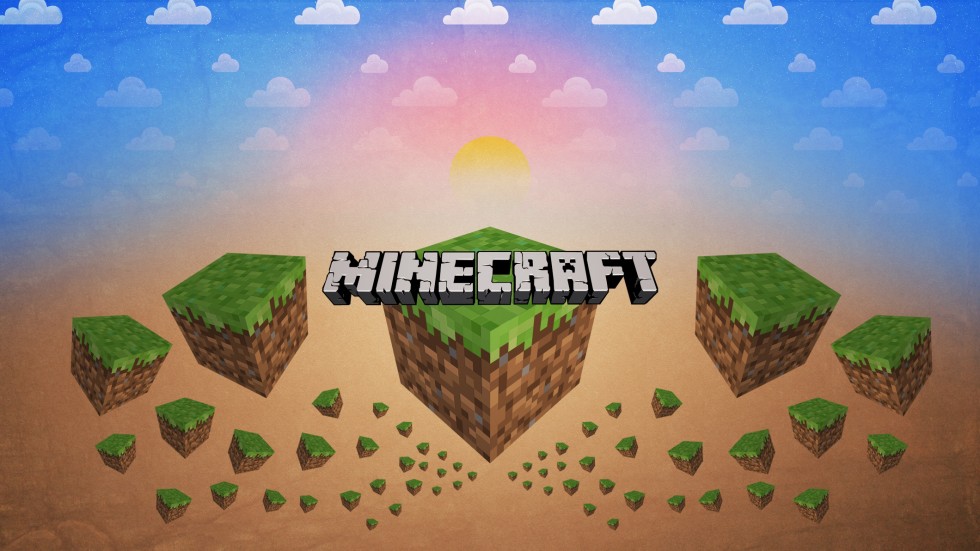 The year is 2013 and you have just arrived home from school. You immediately rush to your home computer, iPod Touch, or some other Internet-connected device and open YouTube. The home page, your most reliable source for new content, provides a dozen or so Minecraft videos to choose from. Perhaps you check in with channels like Stampy or iHasCupquake (my personal favorite) or maybe you find yourself holding back tears as you watch the “Fallen Kingdom” music video for the dozenth time. Life couldn’t be any better.

Minecraft content enjoyed widespread popularity on YouTube for the first half of the 2010s. The game’s initial release in 2009 generated a new avenue of opportunities for gaming YouTubers. Many of the earliest Minecraft videos were single-player survival mode playthroughs in which YouTubers could freely commentate as they built houses and gathered resources in the mines. The game’s popularity grew as the quantity of its content on YouTube increased. This, in turn, led to the rise of the first generation of Minecraft YouTube, or MCYT for short.

The rudimentary era of MCYT was largely characterized by multiplayer servers where many content creators collaborated. There were also videos showcasing impressive builds and the work that went behind them, and, of course, song parodies. So. Many. Song. Parodies. From “‘Revenge’ – A Minecraft Parody of Usher’s DJ Got Us Fallin’ in Love Again” to “‘Don’t Mine At Night’ – A Minecraft Parody of Katy Perry’s Last Friday Night,” MCYT has covered nearly the entire discography of the early 2010s.

Things remained largely unchanged until 2016 when a new ad policy from YouTube (colloquially referred to Adpocalypse) demanded all uploaded content adhere to strict guidelines in an effort to make the site more family-friendly. Any content that contained foul language or deemed inappropriate would be demonetized, meaning the uploader would be unable to make any profit off of it. While some thrived under YouTube’s new guidelines, others found them too restrictive and ultimately retracted themselves from MCYT, which ultimately dimmed the spotlight on Minecraft altogether.

In general, MCYT and Minecraft remained in the background of the internet until December 2018, when Hypixel Studios announced that they were developing a game similar to Minecraft. Ironically, this announcement paved the way to a new generation of Minecraft YouTubers, a group of new kids on the block, if you will. Amongst them was Dream, an anonymous YouTuber who first gained popularity for the Minecraft plugins he made. Further attention was generated through his Speedrun videos in which he attempted to complete the game in as little time as possible. He also regularly collaborated with creators Sapnap and GeorgeNotFound, dubbing themselves the Dream Team.

In May of 2020, the Dream Team formed the Dream SMP. Initially, it only featured the Dream Team and a few of their friends, like BadBoyHalo and later Wilbur Soot. SMPs, or survival multiplayers, grew in popularity following the debut of SMPLive, a server which required its members to livestream while playing. SMPs integrated a livestream-based approach to MCYT that would come to define the community. In the beginning, the SMP largely functioned as any other Minecraft multiplayer. Members of the SMP streamed their time on the server on Twitch, a growing livestream platform, and gameplay was dedicated predominantly to building and world exploration.

Things continued this way until July 2020 when streamer TommyInnit joined Dream’s server. TommyInnit, a sixteen-year-old streamer with a proclivity for screaming and referencing the Queen of England, first gained relevance within the MCYT community after appearing on Wilbur Soot’s Earth SMP. TommyInnit’s addition to the Dream SMP served as the catalyst for a new story-based style of gameplay.

Starting with a planned theft of TommyInnit’s discs (an item in Minecraft that is particularly hard to obtain), instances of confrontation and combat between players were integrated into a series of scripts. In addition to commentating on gameplay and talking with other players, members of the Dream SMP were expected to participate in server-wide roleplay. Different streamers pledged allegiance to warring factions and were given a set of ‘canon lives’ (after losing all three lives, the streamer’s character would “spectralize,” turning into a ghost). They even held an election for President of L’Manburg (a fictitious country in the SMP) complete with campaigns and audience voting.

This change in format was seemingly accompanied by a change in viewership. The fanbases of the streamers, once smaller but equally dedicated, began to multiply at unprecedented rates. Take TommyInnit, for instance. A look at his Twitch statistics reveals that when he first joined the SMP in July, he typically peaked at around a few thousand viewers per stream.  Six months later in January 2021, his livestream of the Dream SMP’s finale peaked at over 650,000 viewers, ranking as the 6th most viewed Twitch stream of all time. This feat is especially significant because multiple members of the SMP were streaming concurrently, which generally lowers viewership. Even with the closing of the SMP’s first season, TommyInnit still averages well over 200,000 viewers each stream and has 3.81 million Twitch followers; this makes him the most followed member of the SMP and ranked amongst the top 30 most-followed Twitch streamers overall.

In terms of Twitch subscriptions, which start at a base price of $4.99 per month, three members of the Dream SMP (RanbooLive, TommyInnit, and Quackity) rank within the top 10 most subscribed to streamers as of February, 2021. Four additional members (Tubbo, Karl Jacobs, Philza, and GeorgeNotFound) fall within the top 35.

The rapid rise in popularity of these creators has baffled both consumers and other content creators. Nowadays, one cannot go on Twitter without seeing at least one trending topic that relates back to the DreamSMP in some way. Why is that?

Consider the SMP’s timeline. Remember that it began in May 2020 when quarantine was young and the whipped coffee was trending. Unprecedented times brought about unprecedented amounts of free time. For many, regressing to old interests provided comfort, so it was only natural that a portion of that population turned back to Minecraft.

For those returning to MCYT after an extended leave of absence, the variety of the Dream SMP was widely appealing. Even if a new fan chose to watch just one streamer, they could easily be exposed to other streamers because of the SMP’s collaborative nature. Furthermore, older fans found the grittier aspects of the story-based approach to be appealing. It provided an aged-up Minecraft experience that was more accessible and more enjoyable. It also provided the inspiration for lots of fan-created content.

On Instagram, there are over 379,000 posts tagged DreamSMP. Posts take a variety of forms, though most top postings are fanart of the different members. The same hashtag on TikTok has generated over 5.8 billion views. On YouTube, too, fan-created content has grown. For instance, creator SAD-ist regularly receives millions of views for their Dream SMP-related animatics.

With the Dream SMP now occupying a significant fraction of internet content, its rapid growth becomes more sensical. I personally discovered the Dream SMP through TikTok when my For You Page decided it was best to show nothing but MCYT content. Within a week and through little effort of my own, I had a solid understanding of the server’s lore, members, and the streamers’ relationship dynamics. It’s reasonable to assume that others have undergone a similar experience that launched their own engagement with the SMP.

The Dream SMP, and MCYT in general, will not fade into obscurity anytime soon. As Twitch’s popularity rises, so will the SMP members’ viewership. Life is certainly good when you can make a career out of mining Minecraft blocks for hundreds of thousands of viewers. 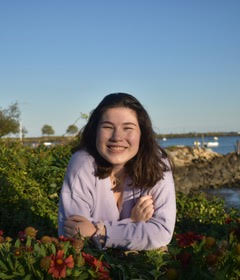 Sophie Stachurski
Sophie is a freshman in the College. She is a proud Leo and is still (im)patiently waiting for the One Direction reunion. Contrary to popular belief, her full name is not Sophia.