Georgetown University Law Center adjunct professor Sandra Sellers was terminated on March 11 after a video was made public of her making disparaging remarks about Black students’ academic performance during a recently recorded Zoom meeting. The incident led the university to launch an investigation through the Office of Institutional Diversity, Equity and Affirmative Action (IDEAA).

The Georgetown Black Law Students Association (BLSA) released a statement calling for Sellers’ immediate termination over her comments, calling for “swift and definitive action” from university officials. The statement from BLSA, signed by over 790 students, over 50 Georgetown organizations, and 75 BLSA chapters nationwide, also demanded the Law Center audit Sellers’ grading history and student evaluations to account for bias, as well as commit to hiring more Black professors.

“These racist statements reveal not only Sellers’ beliefs about Black students in her classes, but also how her racist thoughts have translated to racist actions,” the BLSA statement reads.

In a private meeting with adjunct professor David Baston, Sellers, who is white, described the participation of her course’s only Black student as being “jumbled” before making the following statement about her history of grading Black students: “I end up having this angst every semester that a lot of my lower ones are Blacks. Happens almost every semester. And it’s like, oh come on. It’s some really good ones, but there are also usually some that are just plain at the bottom, it drives me crazy.”

According to Hassan Ahmad, a law student who posted the clips to Twitter but is not in Sellers and Baston’s class, the recorded Zoom video with Sellers’ comments had been available to students for roughly two weeks before the conversation was noticed. The recording was reported Monday and subsequently taken down.

In their statement, the BLSA called on Baston, who jointly instructed the negotiations seminar, to publicly apologize for not pushing back against Sellers’ comments during the exchange. “He had an obligation to report her, and he did not,” the statement reads.

Dean William Treanor announced Sellers’ termination in a message to the Georgetown Law community. Treanor described having conversations with both Sellers and Baston to allow them the “opportunity to provide any additional context.” Prior to her termination over what he called “reprehensible” comments, Sellers told Treanor she intended on resigning. In a resignation letter shared with the Washington Post, Sellers apologized for her remarks, saying she would “never do anything to intentionally hurt my students.”

Additionally, Treanor noted that Baston has been placed on administrative leave pending the IDEAA investigation, and will not be involved in the course he and Sellers were teaching until the investigation’s conclusion.

Treanor added that Georgetown Law plans to hold a “listening session” for the student community on March 12. “This is by no means the end of our work to address the many structural issues of racism reflected in this painful incident, including explicit and implicit bias, bystander responsibility, and the need for more comprehensive anti-bias training,” Treanor’s message reads.

BLSA’s statement is the second letter of condemnation from the association in the last six months, following an earlier incident where Georgetown Law Professor Carrie Menkel-Meadow used the “N word” during class. Georgetown Law did not take disciplinary action against Menkel-Meadow at the time.

According to BLSA members, these incidents are indicative of broader disparities within Georgetown Law and other predominantly white institutions’ treatment of their Black students. “Not only is this situation revealing of Sellers’ true beliefs about Black students, it is also illustrative of the conscious and unconscious bias systemically present in law school grading at Georgetown Law and in law school classrooms nationwide,” the BLSA statement reads.

“The difference is that Sellers was caught and her racism was broadcast for the world to see.” 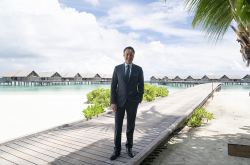