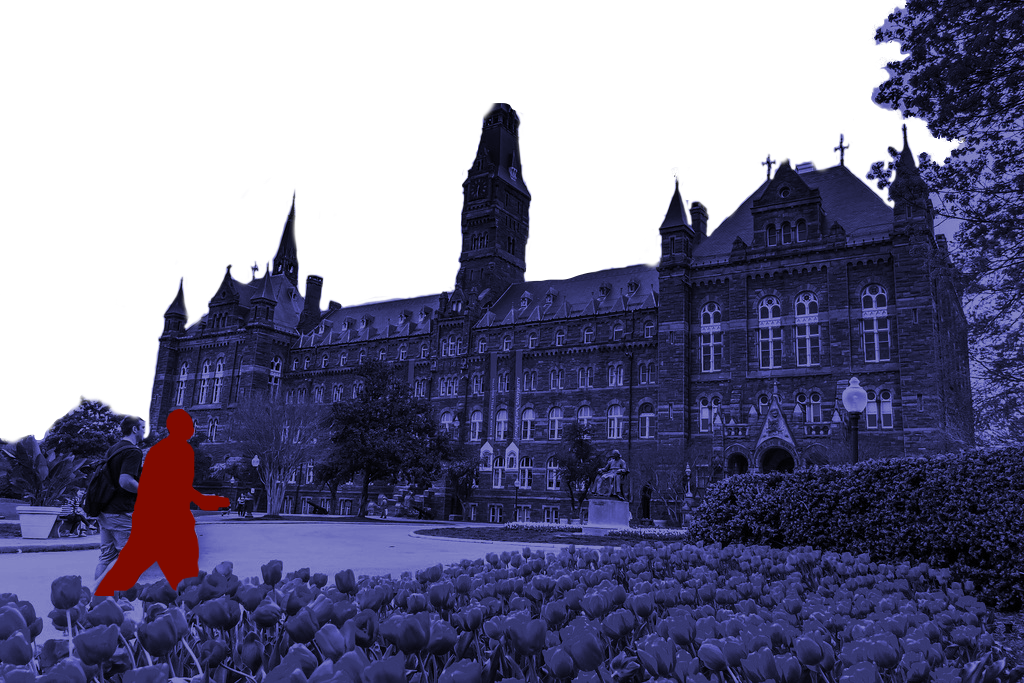 Title IX reform cannot wait. The Department of Education’s (ED) decision to delay reform until 2022 deprives survivors of essential support. It is vital that improvements to current Title IX guidance occur now at both the university and federal levels.

College-aged individuals experience sexual violence at disturbing and disproportionate rates. Current Title IX guidance exacerbates the dangers survivors on campuses already face, and universities lack the appropriate resources and policies to protect a survivor’s education, safety, and well-being in the aftermath. Georgetown, along with other universities, and the federal government must be held accountable for the failures of Title IX legislation especially as campuses enter the “Red Zone,” the period at the start of the semester when the most sexual violence occurs.

Congress passed Title IX of the Education Amendments of 1972 to prohibit sex-based discrimination in schools. It has been amended over the years, with the previous presidential administration implementing new legislation making it more difficult for survivors to come forward to report sexual violence or assault. The new policies are traumatizing, victimizing, and dehumanizing for survivors and give respondents more rights than complainants. The Biden administration has profoundly failed to take efficient action to undo the harm caused by the current Title IX policies. Below we’ve outlined the steps the Biden administration must take to better serve survivors of sexual assault on campus; note that we have already released an editorial with similar content months earlier, and in the interim nothing has changed to address Title IX policy.

First, redefine sexual harassment. According to current guidance, sexual harassment refers to any form of sexual misconduct (including sexual violence). For a university to investigate a report of harassment, it must fit a narrow definition of being “so severe, pervasive, AND objectively offensive” as to eliminate access to education; prior to the current guidance, misconduct had to meet only one of these standards. This definition is also based on the reaction of the survivor, which is illogical, as a survivor’s reaction has no bearing on the unacceptability of their experience.

Countless survivors are now no longer able to seek justice because although their experiences were genuinely damaging, they do not meet such a strict and subjective standard. The Biden administration should immediately broaden the definition to include all acts of harassment. The new definition should be based on the act, which should also be more clearly delineated, rather than grouping a broad swath of violations—including sexual violence—under the label of “harassment.”

Second, return to a “preponderance of evidence” standard. New guidelines allow universities to opt for a “clear and convincing evidence” standard, requiring a substantially higher burden of proof. This new option creates standards that are inconsistent between universities and increases the chance survivors will be required to relive experiences during proceedings.

Third, mandate that all cases be investigated when reported, regardless of location. Current guidelines dangerously make investigations into reports of off-campus harassment optional, allowing universities to ignore the experiences of some survivors. The harassment of one student by another should always be under the jurisdiction of the school, and the survivor should be able to turn to the university for support.

Fourth, reform the trial process. Perhaps the most damaging aspect of the new guidance is the pseudo-courtroom trial required for sexual misconduct investigations. Specific timelines are also no longer required of university investigations, “gag-orders” are no longer allowed by law, and the jurisdiction of the Office of Civil Rights (OCR) to review a university’s mishandling of a Title IX case have also been significantly diminished.

This is certainly not a “just” process, providing respondents more rights than defendants in a criminal case, according to Title IX experts. What now exists is an unequal process stacked against survivors, especially those who cannot afford well-qualified legal representation. It is unfair for survivors to be forced into this procedure, especially since one reason to opt for filing a Title IX report rather than a criminal or civil complaint is to avoid the trauma of navigating the legal system as a student.

Lastly, eliminate religious exemptions under Title IX afforded to religious schools. Simply reversing past changes to guidance is not sufficient. Universities have for too long been allowed to discriminate against LGBTQ+ survivors, who are often forced to come out through reporting, subsequently facing expulsion at certain schools. LGBTQ+ survivors are not only stripped of their equal access to education, but also further victimized and silenced.

While the ED must address the above issues immediately, Georgetown must take steps to support survivors in the meantime. To the university’s credit, they adhered as much as legally possible to the previous guidance, and President John DeGioia strongly criticized the 2019 changes both at the time and this past June. However, even prior to the implementation of the current Title IX guidance, Georgetown failed to adequately support all survivors, especially BIPOC and LGBTQ+ survivors. The school has an obligation to advocate for reform at the federal level, especially given Georgetown’s proximity to the seat of the federal government.

As long as the current investigation model continues, the university must provide all students who file a complaint with a qualified advocate to support them during the process. Survivors are often left to rely on friends or Health Education Services (HES) staff who, while well-meaning, are not fully equipped to prepare a case like a trained legal expert. Georgetown must provide a lawyer, free of charge, to any complainant who wants one.

Georgetown should pledge to alleviate survivor’s financial burdens to a reasonable extent, including refunding classes that survivors were unable to complete due to any element of the aftermath of sexual violence, including Title IX or legal actions and psychological distress.

In addition to legal and financial aid, Georgetown should also create a more robust support system for survivors to address the impact of sexual violence on their educations and well-beings. While being properly supported in a Title IX action is essential, it is the bare minimum of what survivors need to heal, especially considering many survivors choose not to report their experiences.

Mental health care must be easier for survivors to access on campus, regardless of their financial status. While CAPS can be a useful resource, factors such as long wait times, one-semester limits of guaranteed individual therapy, and the discontinuation of the survivor support group make it unreliable for survivors’ long term care. If the university cannot provide this care, they should make it easier for students to seek it elsewhere.

While the university provides some sexual violence education and prevention resources, their comprehensive support for survivors is minimal. Too often cases are referred to GUPD, which has no proper training or authority to intervene in such sensitive situations, especially for communities of color. Through diversifying and expanding available resources, Georgetown can better care for survivors, whether or not they choose to come forward. This is an obligation, especially since under Title IX those accused of violence are entitled to free mental health services, while the general student body is not.

The premise of the previous administration’s Title IX reform was to make the process more “just” for respondents, despite the dire need for support on the survivors’ end. This new process, however, is fundamentally stacked against survivors. Title IX must be reformed now.