Poetry is fun and begs less commitment than a novel, or even a short story. But it can be difficult to find the middle ground between elementary school acrostics and the Romantics. Here’s a list of accessible and short poems to read for whenever you may need them (in line at the DMV, padding a book report, having a conversation with someone cooler than you).

“Wild Geese” is one of Mary Oliver’s most famous poems, as well as the title of a collection of her works. It’s good enough to warrant going back and reading again if you haven’t recently. One of the great American poets, Oliver shrinks the reader’s struggles in contrast to famous landscapes. She offers nature and its inhabitants as a simple distraction from our worldly problems.

A man adopts a cat after the passing of its owner. This poem is simple in both its message and imagery, but touching nonetheless.

3. “a smile to remember” by Charles Bukowski

Bukowski tends to get a bad rap. In my opinion, rightfully so. Nonetheless, it’s best to know a little bit about even the people you hate. This poem depicts the fraught relationships of a family from the point of view of the son, ending in the morbid death of the pet goldfish. “a smile to remember” is one of Bukowski’s most palatable pieces.

Halliday’s catalogue of poetry is notable for its simplicity. He tries, like many others, to illustrate the lives of haggard, everyday individuals as an outsider looking in. But unlike many others, Halliday tends to succeed, his poetry containing a clear degree of empathy and care that sets it apart. “Bad Men” explores the hardships and mistakes of the lives of two Philadelphian men in excruciating detail, culminating in a powerful final line spoken by the narrator’s son.

5. “The Quiet World” by Jeffrey McDaniel

This poem depicts the emotional economy of words.

6. “In the Next Galaxy” by Ruth Stone

Ruth Stone was a Virginia native who raised her three daughters alone after her husband, Walter Stone, took his life. Stone’s poems offer an unrelenting hope in the face of a very painful reality, both of which she illustrates masterfully. This poem imagines a more forgiving life “in the next galaxy.”

7. “I Am Very Bothered” – Simon Armitage

Simon Armitage is an English poet, and his accent can be heard even in the diction and syntax of his poetry, but listening to his readings gives the full effect. In “I Am Very Bothered,” he mulls over the “butterfingered” ways and mistakes of his childhood. The reflection Armitage partakes in is almost unsettlingly objective. 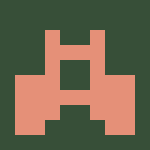