By Owen Posnett and Max Zhang 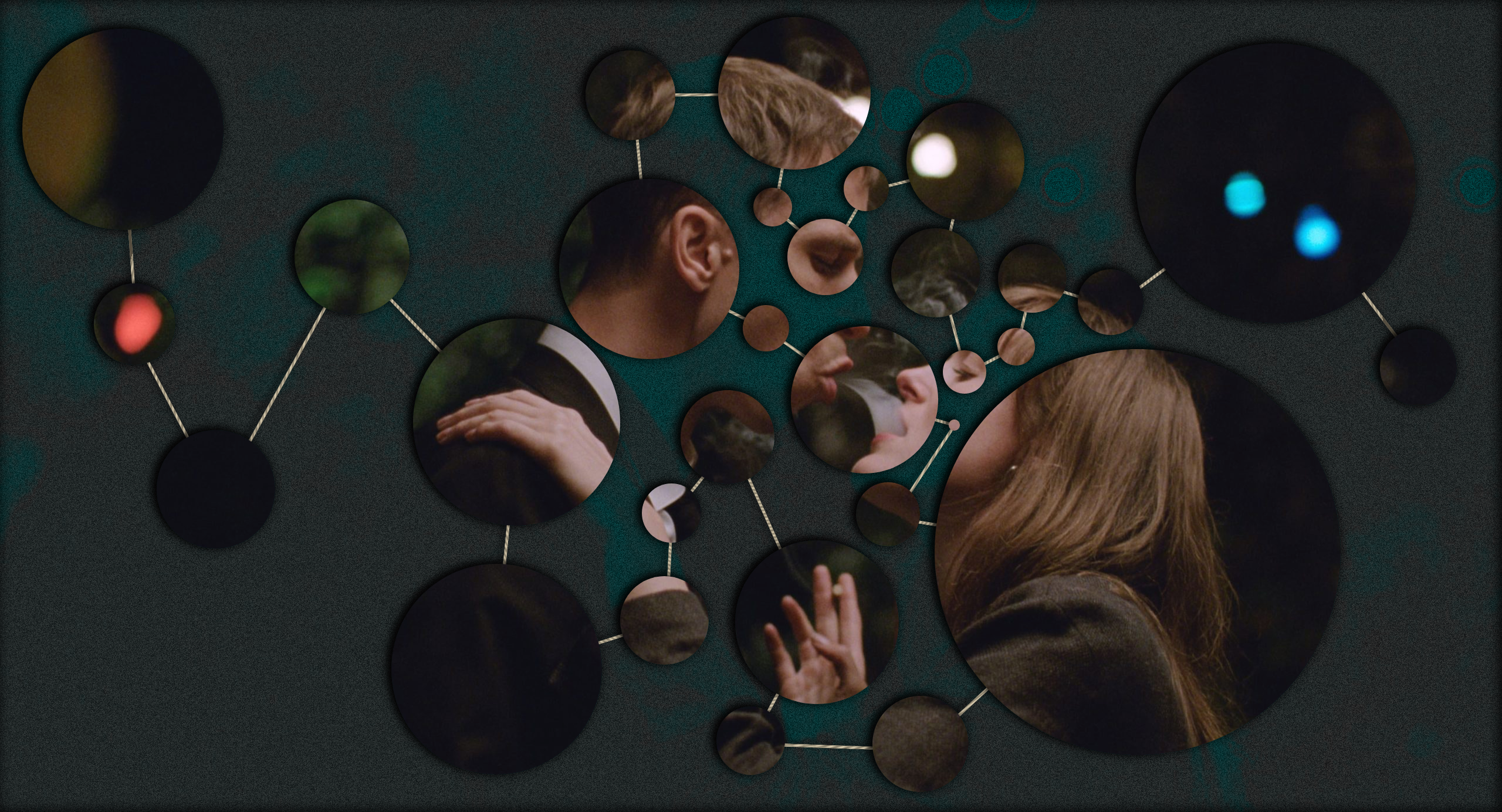 Something achingly beautiful happens halfway through The Worst Person in the World (2022), Joachim Trier’s latest romantic comedy-drama: Our protagonist Julie (Renate Reinsve) flicks a light switch in her boyfriend’s kitchen and the world freezes. She runs through the Oslo streets, where everyone is held in statue-like suspension. As the movie veers into magical realism, Julie traverses the cityscape in pursuit of charming Eivind (Herbert Nordrum). He is the only other moving person, preparing an espresso at his coffee shop. The film glows as they share their first kiss, bathed in a soft morning light. This is all Julie’s imagination of course, but there’s something so human about wondering, just for a moment, what it’d be like to escape your present. It’s this embrace of intimate impulses that makes The Worst Person in the World feel real—and therefore remarkable.

The Norwegian film is categorically just a standard romance. But it’s thick with a love that feels real, driven by yearning and tenderness and occasional irregularity. The Oscar-nominated screenplay by Trier and Eskil Vogt never tips too far into melodrama but holds a gripping intensity. The pair never indulge the romantic-drama trope of dictating how relationships should be—instead, characters float in a gray territory, their responses dictated by the moment. Sex happens when the characters feel like it’s right. Julie leaves one person for the next when she’s unhappy. If there are grand ambitions to comment on masculinity or power, they’re subtle. Even in translation—the Norwegian-to-English captions are quite poetic—meaning emerges organically. It’s an approach embodying Trier’s ethos perfectly. “The great thing about art is that it doesn’t have to be an analysis or sociological study,” the director said in a press release. “It can hopefully be a truth about one person, and out of that, there may be something bigger to think about.”

When the film opens, Julie is exploring multiple college majors and jobs, unsure of where she wants to end up. Over 12 cleverly-named chapters, from “Cheating” to “Julie’s Narcissistic Circus,” plus a prologue and epilogue, Julie meets two men: an older cartoonist named Aksel (Anders Danielsen Lie) and barista Eivind. She experiences the awkward, time-honored tradition of meeting the family. She writes a moderately successful short story about oral sex and gender dynamics. She takes expired magic mushrooms. Put simply, she lives. The anthologic structure gives the film a literary character, because it takes its time developing each chapter rather than speeding through incidents. Time isn’t distributed equally in each chapter, and it’s never quite clear how much time passes between them. The pace wavers—some chapters are narrowly built around one moment, and others span several weeks. Though they provide structure to a freewheeling plot, not all chapters are totally faultless: A drug trip veers too far into cartoonish scatology, while another verges on unnecessary mockery of a one-dimensional character for her renewed late-life interest in Indigenous rights and environmental activism.

Reinsve anchors Julie with one of the most winsome, graceful performances we’ve seen in a long time, at once radiant and humble, and committed to a lack of purpose—certainly deserving of the Best Actress prize she took home from Cannes last July. Simply subject to the passage of time, Reinsve’s character doesn’t seem to learn or grow in transformational ways—which can be frustrating, sure, but also is a refreshing break from the often unrealistically fast growth arcs many films assign characters. It’s reminiscent of Jane Eyre, or a similarly sprawling novel; the reader is able to see Jane, just as the viewer is able to see Julie, through these character-defining moments and incidents that constitute a life.

The film we’ve described may seem inessential. After all, if it’s about a woman just living, why bother to watch something you can do yourself? But Trier’s film doesn’t lack depth.  Tragedy still weaves itself into the meat of the film, and the script embraces emotionally naked dialogue that makes scenes feel confessional and truly private. It’s hard not to root for Julie, even though the path she treads is not easily predictable. Perhaps we identify with the quiet propulsion that powers her: a desire to just accept that life is difficult and move on without attaching strings. When Aksel gets into a hostile televised argument with a radio host, Julie simply steps off her treadmill and watches it happen. She doesn’t call him after or slide into outrage. Instead, the scene cuts to the next chapter. Trier avoids making a judgment about the political content of her argument because Julie doesn’t. Instead, she just moves on, the way the world does.

The film is helped along by visual and auditory beauty. Trier and cinematographer Kasper Tuxen give natural light center stage in the film, taking advantage of long Norwegian summers to paint characters in warm tones. The light does narrative legwork, too, with shadow and sunlight expertly framing characters to emphasize emotional distance. The 35mm camera, a portraiture favorite, lends both naturalism and versatility to each shot. Film editor Olivier Bugge Coutté also shows strong command of the project’s humanity. At one point, Coutté inserts an abrupt cut in the middle of an argument between Aksel and Julie, clearly splicing two separate takes together—generally a continuity taboo, but contextually genius, as the cut emphasizes the logical disjointedness that we often feel in our own arguments. Even little gimmicks—a slowly tilting camera as the mushroom trip kicks in, slow motion on the dance floor—work because they’re never pushed too far.

The music supervision, too, is brilliant: Trier packs his film with Billie Holiday, Harry Nilsson, and other artists accompanying Ola Flottum’s expressive score. One track we can’t stop thinking about is the closing song, Jobim’s “Waters of March,” covered by Art Garfunkel. The song is a list of items which transform into concepts, “A spear, a spike, a point, a nail / a drip, a drop, the end of the tale.” It’s only apt, after watching the filmmakers turn life into a list, that the theater is left to think about how meaning is only the result of the smallest parts.

Indeed, The Worst Person in the World captures the mundane while being far from boring, which is no easy feat, and one that speaks to the humanism at the center of the work. Feeling is the film’s final philosophy. “Everything we feel, we have to put into words,” Julie laments at one point. “Sometimes I just want to feel things.” We agree. 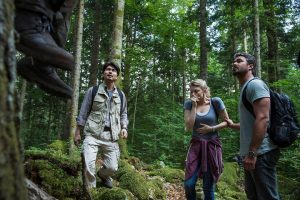