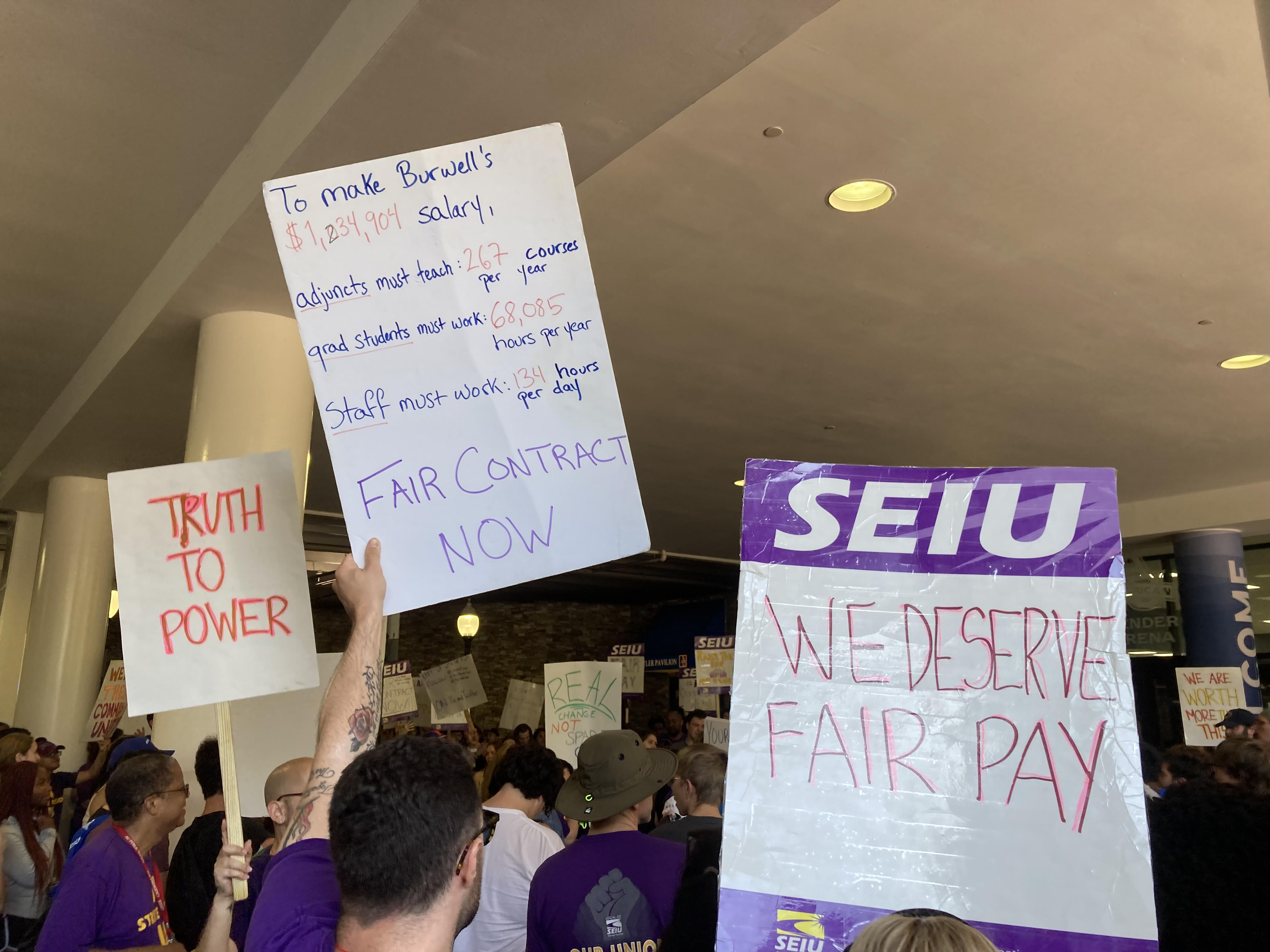 “No contract, no peace!” rang throughout the main campus of American University (AU) on Aug. 26. Unionized AU faculty and staff have been on strike since Aug. 22, protesting insufficient wages amid contract negotiations. By the evening of Aug. 26,  the union and the administrators reached an agreement.

After a week of strikes and picketing, the university administrators and union negotiators reached a settlement agreement for the contracts for adjunct faculty, as well as the Provost and Enrollment division staff unit.

“It’s been a long, exhausting week,” Jessica Meagher, a study abroad advisor, adjunct faculty, and double graduate of American, said. “But I see the impact for our community, to see this, see our actions.”

“Today’s developments will help us start the semester with focus on our scholarship, learning, and community,” university president Sylvia Burwell, who previously stood in opposition to the strikers’ demands, wrote in a statement sent to the Voice.

The strike was approved by 91 percent of union members and announced on Aug. 11. The union, Service Employees International Union (SEIU) Local 500, represents more than 500 faculty and staff members at AU.

To many on strike, their demands were a balancing act between their love for American University and earning the bare minimum to afford living in the District. “We’re essentially losing wages to continue working at American,” Meagher said.

“A lot of us could work at George Washington or Georgetown, the places that American claims are competitors, but we stay because we love American,” Emily Kim, a program specialist for the School of Public Affairs and a graduate of the masters in creative writing program at AU, said.

According to many faculty and staff, low wages have contributed to a high turnover rate, which can force workers to assume the responsibilities of several positions without a reflective, timely pay increase.

“It’s exciting for us to [strike], but it gets really exhausting,” Kim said. Each day of the week has been filled with demonstrations: On Monday, four tenured faculty members knocked on Burwell’s door without answer; on Tuesday, the staff occupied the main campus, with faculty giving speeches in front of the respective buildings they work in; on Wednesday and Thursday, faculty and staff stopped traffic as first-years moved in.

Despite having just arrived on campus, the first-year students at AU did not shy from supporting the faculty and staff of their new university.

“The student support has been absolutely amazing,” Kim said. “What just happened right now felt like magic,” she said of the majority of students that walked out of convocation, many joining the protestors in their chants. Faculty had been banned from attending convocation.

As students exited the building, faculty and staff handed out flyers titled, “Where are your tuition dollars going,” urging students to send letters to Burwell and other members of AU’s administration to settle the contract.

The union has also filed unfair labor practice charges against the university.

As the strike concludes, the contract agreement represents the hard work of the faculty and staff, who were at the bargaining table for over 468 days. “This deal would not have been possible without our strike,” Sam Sadow, the vital resource curator, said in a statement from SEIU Local 500’s. “I am grateful that AU workers are finally being valued in the way we deserve—and that we can protect our livelihoods in an economically uncertain time.” 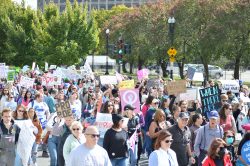 By Margaret Hartigan and Ninabella Arlis 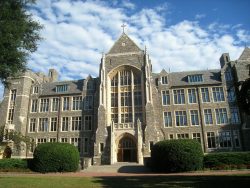