Today, H*yas for Choice took a positive step forward by establishing a new condom delivery service on campus. The program will let students request condoms and pamphlets to distribute at... Read more

Following the precedent of Harvard and MIT, Georgetown is now offering its first online class this semester through the edX platform. The class is titled “Globalization’s Winners and Losers” and... Read more

Throughout the past two weeks, House Republicans repeatedly passed legislation pairing the extension of governmental funding with delayed implementation of the Affordable Care Act. After the Senate rejected each of... Read more 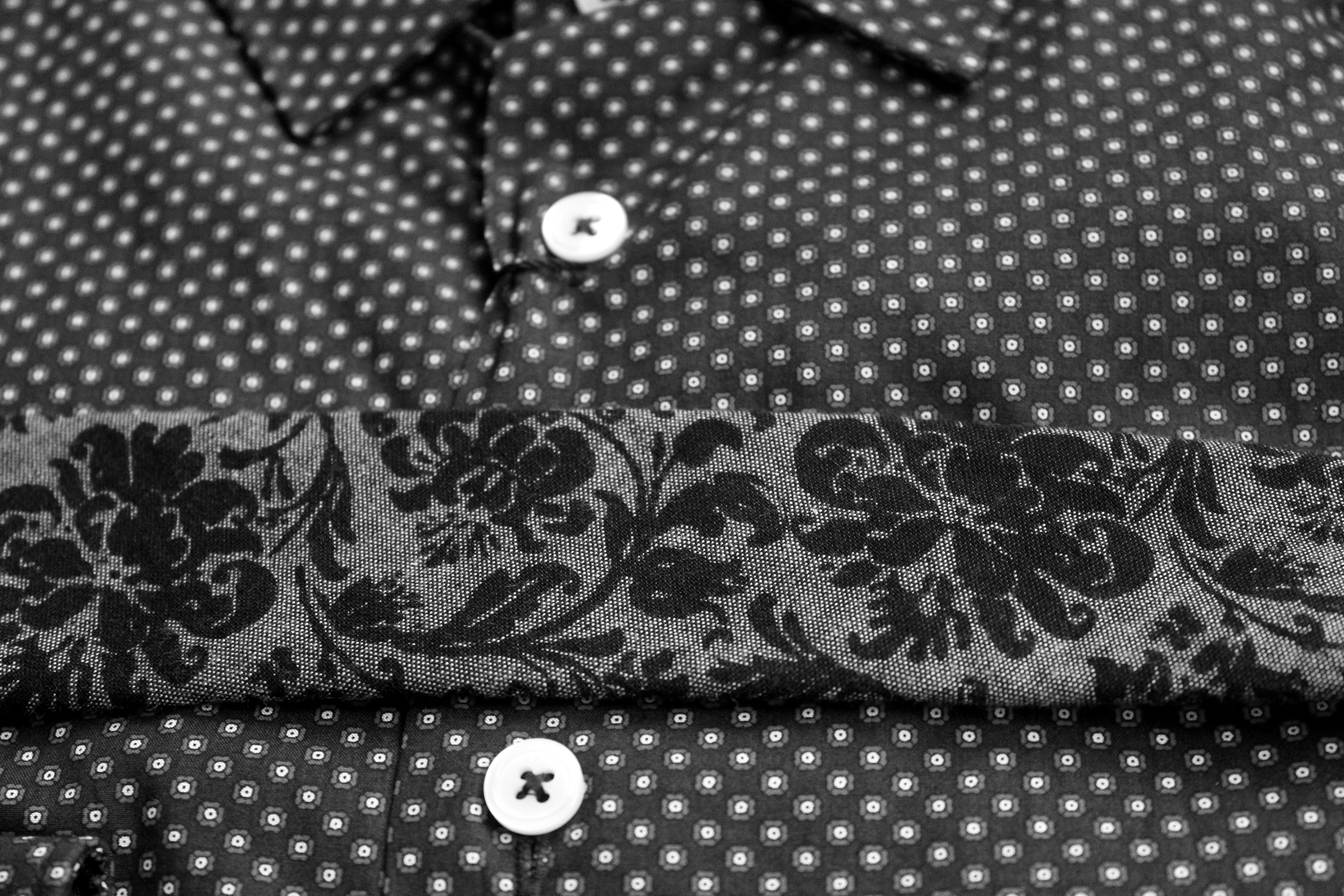 This season is a melding of hard and soft, meeting at a blurred edge. Pastel colors come together with leather panels, studded sweaters meet tartan skirts. Men’s prints meet womenswear in a houndstooth dress—the bold pattern is almost a neutral. Mixed-media coats paired with delicate, single-soled heels. Mild decadence is in the details, with rich textiles and prints coming together in moody hues. Welcome to fall.

Mold a danger to students in residence halls

A disturbing growth has been detected around Georgetown, and for once it’s not the neighbors. The contamination has worsened in several of the University’s older, run-down buildings. Mold poses serious... Read more

Last week, GU Pride elected Celeste Crisholm (COL ’15) as its first ever trans* representative. Members of Pride’s board believe this step will allow them to work more closely with... Read more

This past Sunday, GUSA President Nate Tisa (SFS ‘14) came forward with the news that the University is considering establishing an off-campus residence in order to fulfill the Campus Plan... Read more 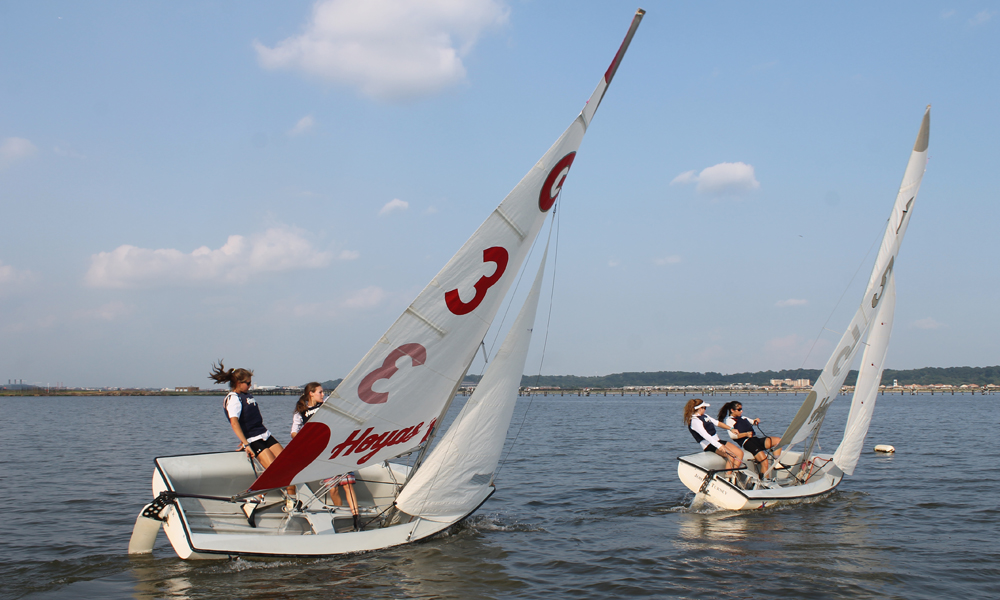 Despite a general lack of knowledge about college sailing, people seem quick to write the sport off as minor—or worse, boring. On the contrary, Georgetown’s sailing team has proven to be one of the University’s most successful varsity sports programs of the last decade, having secured the Inter-Collegiate Sailing Association/Gill National Championship twice, including last year, and having placed five times in the last nine years. And what’s more, the high physical risk sailors face in what turns out to be an extremely dangerous sport challenges anyone who thinks of sailing as a leisurely activity.

Last Thursday,Todd Olson agreed to student demands to repeal the one-keg restriction at campus parties, calling the measure a reasonable and promising approach to bringing student social life back onto campus. Though the keg ban was a misguided policy from the beginning, we applaud Olson’s decision to recognize the on-campus social scene.

Although Georgetown’s comparatively small endowment limits its ability to award financial aid, the shortfall is made up in federal aid in the form of Pell Grants, work-study, and student loans. Unfortunately, because of the deep discretionary spending cuts represented by the sequester, in the coming year Georgetown will suffer $117,417 in cuts...

As the nation reeled from the shock of last Monday’s Boston Marathon bombing, and even now as it begins to heal, American media sources have not only failed in their mission to keep the public informed, but also in their duty to simultaneously uphold the standard of decency and sensitivity towards victims required by such a tragedy.

Last Saturday, Alexandria’s City Council voted six to one to approve a contentious development project that will raze 2,500 affordable housing units and replace them with stores, offices, and 5,000 new apartments. Unfortunately, only 800 of these new units will be reserved for the existing low-income residents, uprooting thousands of families.

It’s no secret that one of the federal government’s priorities this year is overhauling the immigration system. And rightly so—as over 200 Georgetown students who demonstrated outside the Capitol Wednesday showed, our broken system is an issue that affects border states and Latino communities as well as bastions of relative privilege like the Hilltop.

In February, President Barack Obama forcefully declared that the U.S. government can no longer afford to ignore key environmental issues. Unfortunately, EPA insiders have made public that his administration is looking not only to delay implementing clean energy regulation, but also to reduce restrictions and allow for more lenient greenhouse gas emission standards.

A satisfying compromise on contraception

In a meaningful act of compromise last Friday, the Obama administration expanded the number of religiously-affiliated organisations exempt from the Affordable Care Act’s contraceptive mandate. Originally the mandate only exempted houses of worship from the act’s requirement for the provision of contraceptive coverage in employee health plans.

A new District of Columbia Public Schools policy would grant students the power to evaluate their own teachers by answering a survey and then link their opinions to hiring and firing decisions made by DCPS. Chancellor Henderson should take it this new policy to the public.

Haute Mess: The runway in the White House

Fashion and politics lie on opposite ends of the spectrum, right? It is difficult to imagine that these two could possibly go hand in hand, since a ‘strong political figure’ is one who wears solely black and gray suits with an occasional touch of color in the form of a tie.

It certainly wasn’t the start that any of them wanted, but the Georgetown women’s basketball team can’t dwell on its losses to Maryland and LSU, nor its narrow escape against Longwood. It’s not going to get any easier. Although their AP ranking has dropped from 10 to 14, head coach Terri Williams-Flournoy thinks her Hoyas (1-2) are still a high caliber team.

The Georgetown men’s basketball team took care of business Monday night as they dismantled North Carolina-Greensboro 86-45 in the opening game of the Maui Invitational. The final score may have even been a bit generous to the Spartans, who cut the lead in the last few minutes as the Hoyas rested key players.

After a successful regular season, the Georgetown men’s soccer team has qualified for the Big East Tournament and will begin with a tough test at St. John’s tonight. The Hoyas were given the sixth seed in the tournament after a posting a 10-4-4 record and going 5-3-1 in the Big East.