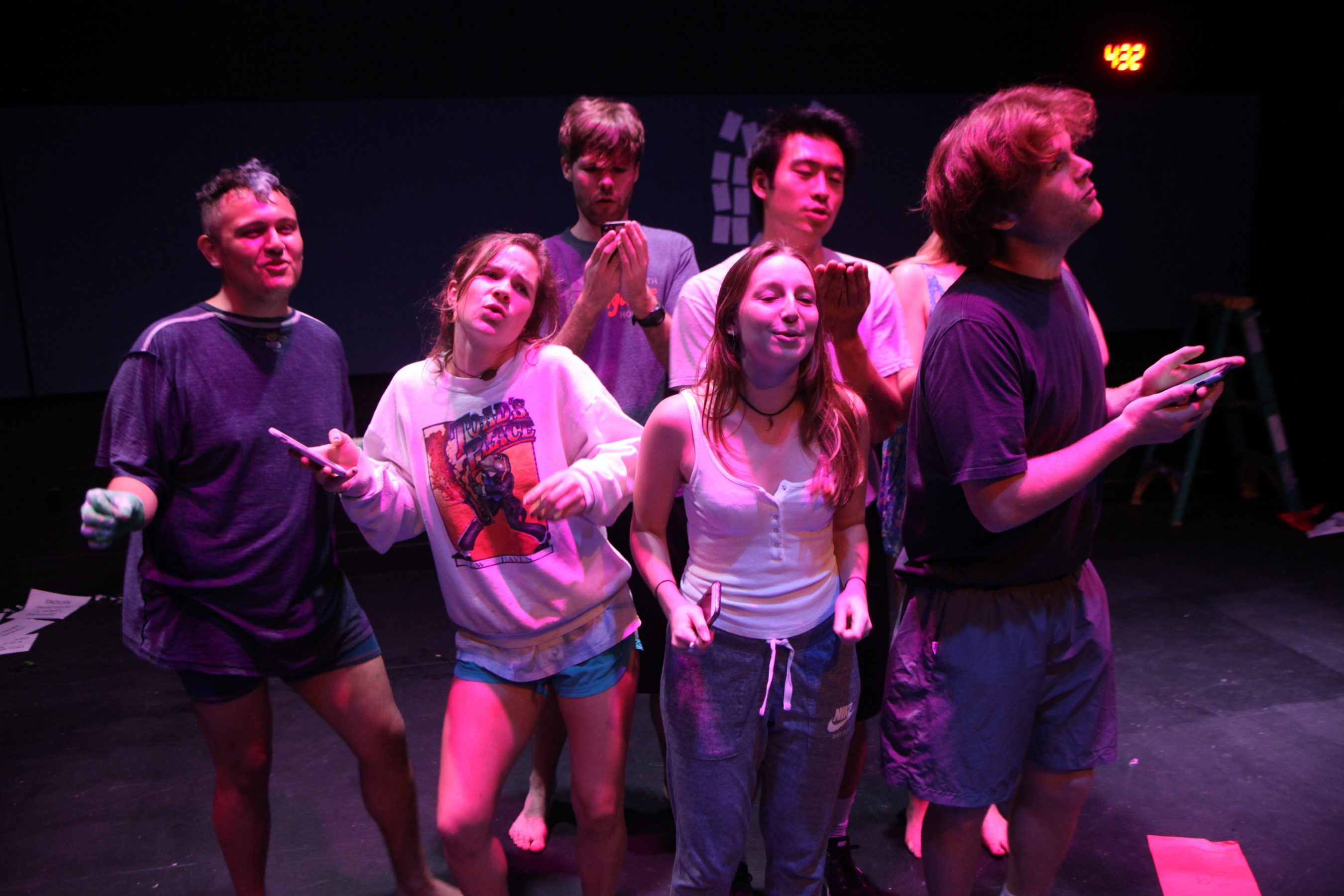 The Infinite Wrench brings a new form of theatre to Georgetown which is truly contemporary, both pushing back against and moving with the modern preference for quick and brief entertainment. The performance is composed of eight student actors in Georgetown’s Theater and Performing Arts Studies Program, in collaboration with the Chicago born experimental theatre group The Neo-futurists. Under the guidance of Neo-futurists Leah Urzendowski and Trevor Dawkins, the students have written thirty, two-minute plays, to be performed in random sequence over the course of an hour. The show runs from Oct. 3 to Oct. 13.

Each play is a separate performance collected into a whole. Rather than a play consisting of skits, the performance is a series of shorter plays. “We want people to call them plays, not skits,” Dawkins emphasizes. The plays cover a variety of topics, from the recent Las Vegas shooting to opinions on greek mythology, and use a variety of mediums such as song and dance, videos, and audience participation. They are described by the performers as being, “elegant, disgusting, topical, irrelevant, terrifying, or put to song.” What more, it’s the audience themselves who choose the order the plays come in, calling out numbers associated with different play titles. This is a considerable risk, as it adds an element of improv to the performance. However, the cast of The Infinite Wrench strives to embrace this. Each performance of the play will be as different and unique as the audience that attends.

In an age when film is able to create realistic worlds on the screen, what can theater do better  than film? Dawkins specified that one thing The Infinite Wrench tries to do is create a sense of realism and intimacy with the audience. He states that the Neo-futurists attempt to present theater that is “honest,” “non-illusory,” and “autobiographical.” Some plays deal with specific events related to the lives of Georgetown students, from the recent incidences of swastika drawings to humorous doodles scribbled in the restroom stalls. The understated style and presentation of the production reduces the distance between the actors and the audience, completely removing the fourth wall. The audience directs the performance, and, in one play, can even join an actor on stage. They literally become part of the performance.

The Infinite Wrench addresses, satirizes and mimics our relationship with media. We live in an age where access to information is immediate, and its relevancy constantly changing. The Infinite Wrench redelivers President Trump’s tweets in song, giving the familiar a fresh twist. It also tackles extremely recent events more quickly than any single, hour-long script could. Rather than fight against it,  the performance works with the modern tendency to shorten one’s attention span, relying on immediacy and quantity. The plays are brief and random. They tackle the joyful, the somber and the strange much like a twitter feed: in fragments.