I like to consider myself pretty well-versed in memes. I keep up with trends, and even if I’m confronted with a meme format I’ve never seen before, I’ve never found anything too difficult to comprehend. This all changed, however, when I was confronted with my first “Powerful Shaggy” meme. 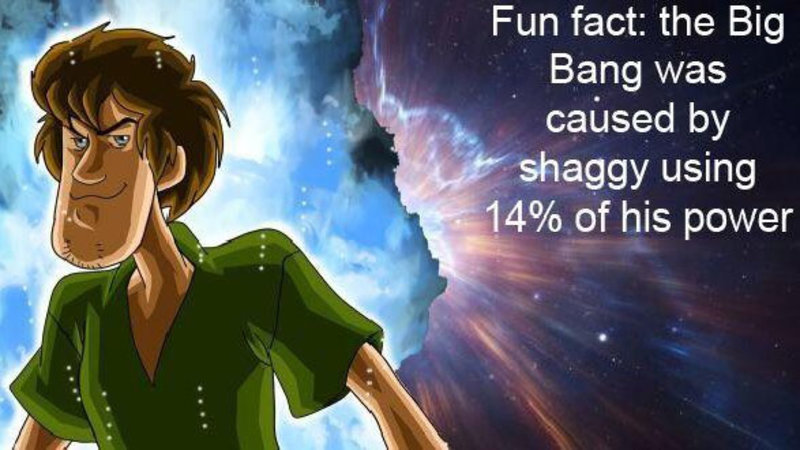 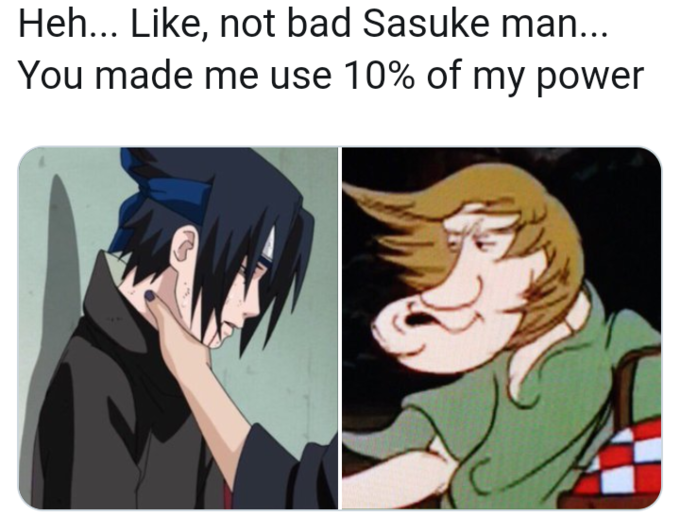 There is absolutely no immediate logical explanation for this.

Shaggy is the lovable scaredy-cat (and perhaps stoner) sidekick to the title character of the show Scooby-Doo. He is mainly associated with comical gluttony and the catchphrase “Zoinks.” So why does this meme portray him as a kind of all-powerful superhuman entity? When did Shaggy go from glutton to God?

The answer lies (as such answers often do) on Reddit. In order to understand the Reddit posts, however, we must first understand the 2011 film Scooby-Doo! Legend of the Phantosaur. As the name implies, in this movie the Mystery Inc. gang looks into the case of a phantom dinosaur in the New Mexican desert. Long story short, Shaggy ends up getting hypnotized into being brave. This set-up leads to the scene that, eight years later, would become the genesis for an entire movement: Shaggy Rogers says, “This can go two ways, punk. One—you walk away. Two—I walk on your face,” and takes down an entire biker gang in a roadside restaurant single-handedly. It’s impossible to not get Kill Bill (2003) vibes as he expertly flips, kicks, and punches his way out of a dilemma that would have normally sent him and Scooby running.

YouTube user Midya likened Shaggy’s state in this scene to the Ultra Instinct phenomenon in Dragon Ball Super. “What is Ultra Instinct?” you may ask. According to an article on Freeaddon.com, Ultra Instinct form is where a “fighter can move precisely without thinking and even much faster than light.” It is essentially a heightened state of being that enables extreme fighting capabilities which Shaggy, under hypnosis, definitely seems to possess. Thus, a video was created of Shaggy’s fight scene set to the theme song from Dragon Ball Super (it’s a pretty fun watch) and the meme took off on Reddit.

Since it’s pretty clear that Ultra Instinct Shaggy is unstoppable, many have posited the theory that his actions in the original scene from Legend of the Phantosaur do not even begin to show his full range of abilities. Hence, the scale of “power” was introduced. Will we ever know what Shaggy is like at 100% power? Probably not. Do we even want to know what he would be like at such great force? Again, for everyone’s safety, the answer is no. 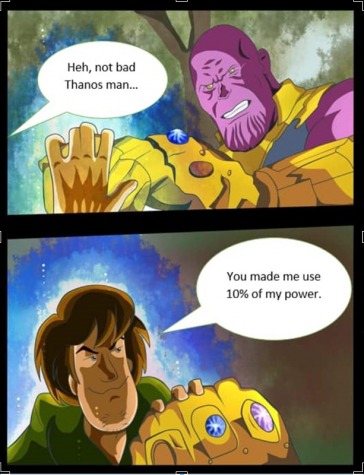 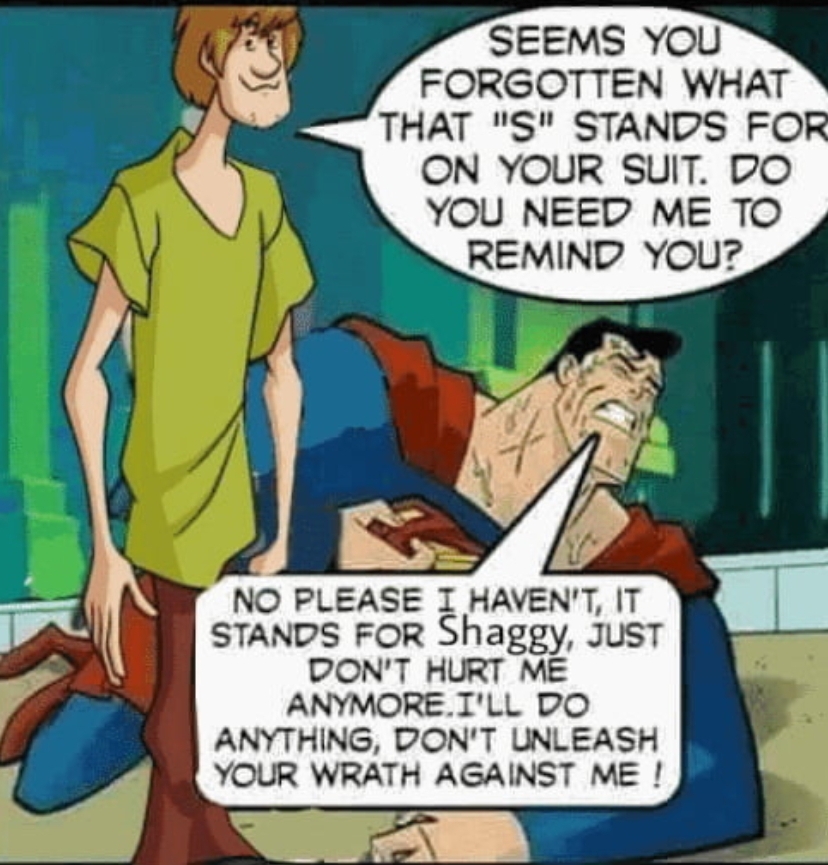 The meme has manifested itself in many strange ways (assuming that the original meme isn’t already strange enough). First, there is a petition online with over 370,000 signatures asking for Shaggy to be included as a character in the videogame Mortal Kombat 11.

There is also an entirely new version of the “Powerful Shaggy” concept using stills from interviews with the cast of the live-action Scooby-Doo movies that came out in the early 2000s. There is even a Vice interview with Matthew Lillard (the actor who played Shaggy) about his takes on the meme’s popularity and the specifics of Shaggy’s power. 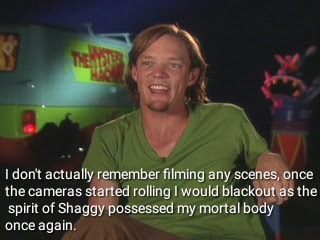 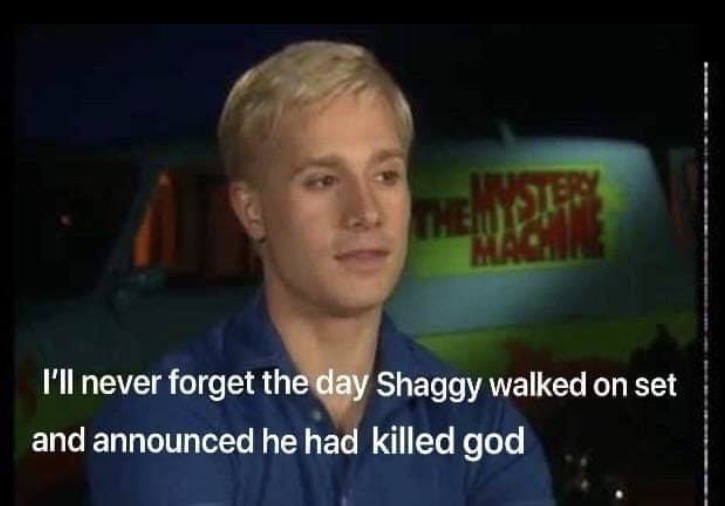 The fact that this meme requires this much explanation speaks to one of the relatively unique things about it. Current “Powerful Shaggy” memes exist under so many layers of irony that their meaning is at once absurdly straightforward and painstakingly evasive. Most memes, especially those with high levels of popularity, exist to be relatable. If we compare the Shaggy meme to memes from other popular children’s shows, like SpongeBob, the difference is extreme. Everyone can understand the sense of confusion and disorientation from the Mr. Krabs meme, and SpongeMock’s vindictiveness is not difficult to comprehend. However, the “Powerful Shaggy” meme cannot be qualified as absolutely abstract either. It follows a very clear set of guidelines: Shaggy from Scooby-Doo has God-like powers. 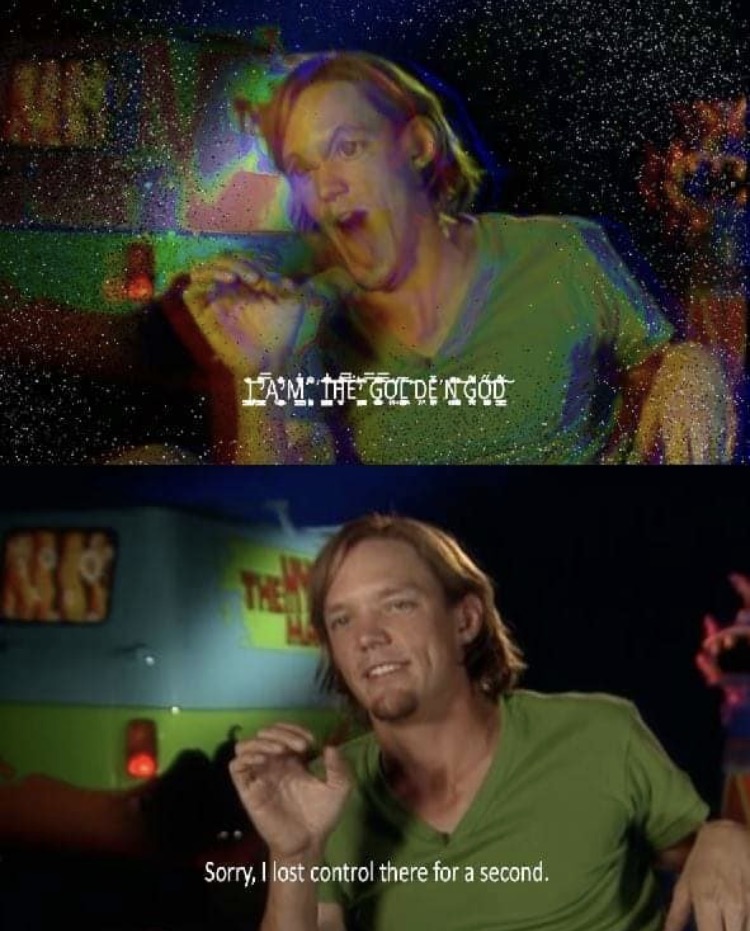 The meme’s popularity is still hard to explain. It exists in an insular plane of self-reference. Most people are not aware that the meme’s origins have more to do with Midya’s video than with the meme’s current state of fake interview stills. “Powerful Shaggy” memes have no direct relevance to the specifics of anyone’s life, and yet their proliferation continues. Ultimately, there is something extremely entertaining about the unrealistic notion of Shaggy Rogers having enough power to fundamentally change all aspects of the world as we know it at will. It’s deeply unsettling to see a signature character from a universally loved children’s show represented as an all-knowing and slightly dangerous master of the universe. But, at the same time, the randomness of the meme is its most entertaining aspect. What the “Powerful Shaggy” meme does is frame a figure embedded in our collective nostalgia in a completely unrelated and unexpected sense. In mixing the familiar with the abstract, the meme has completely captivated the internet, and it only took 3% of Shaggy’s power.

Editor’s Note: Although Halftime Leisure is powerful, we still aren’t powerful enough to create our own memes. Image credits belong to the websites “Know Your Meme,” “Memepedia,” “Zodab,” and “Vice Media.”