Massachusetts federal prosecutors announced that Georgetown parent Stephen Semprevivo, along with 12 other wealthy parents of students at other universities, pleaded guilty for their roles in the college admissions scandal on April 8.

Semprevivo admitted to one count of conspiracy to commit mail fraud for paying a $400,000 bribe to former Georgetown tennis coach Gordon Ernst to have his son admitted as a tennis team recruit. The pleas come almost exactly one month after the Department of Justice announced charges against 50 individuals, among them Ernst and five Georgetown parents on Mar. 12.

The other parents, including Elizabeth and Manuel Henriquez, Douglas Hodge, and Elisabeth Kimmel, who have each been indicted on charges of honest services mail fraud and conspiracy to commit mail fraud, have not yet made pleas in their cases.

Monday’s plea agreements came one day after an unsuccessful GUSA Senate resolution which would have called on the university to revoke the degrees of alumni and expel the current students found guilty in the bribery scandal. None of the students are under investigation or have been charged by the Department of Justice.

Georgetown has not yet taken any action regarding the students still attending the university. Stanford University, Yale University, and the University of Southern California, which were also mentioned in the Mar. 12 indictment, have expelled or revoked the admission of the involved students. 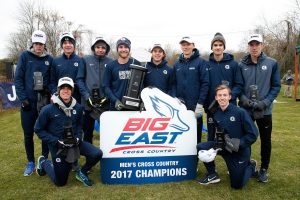