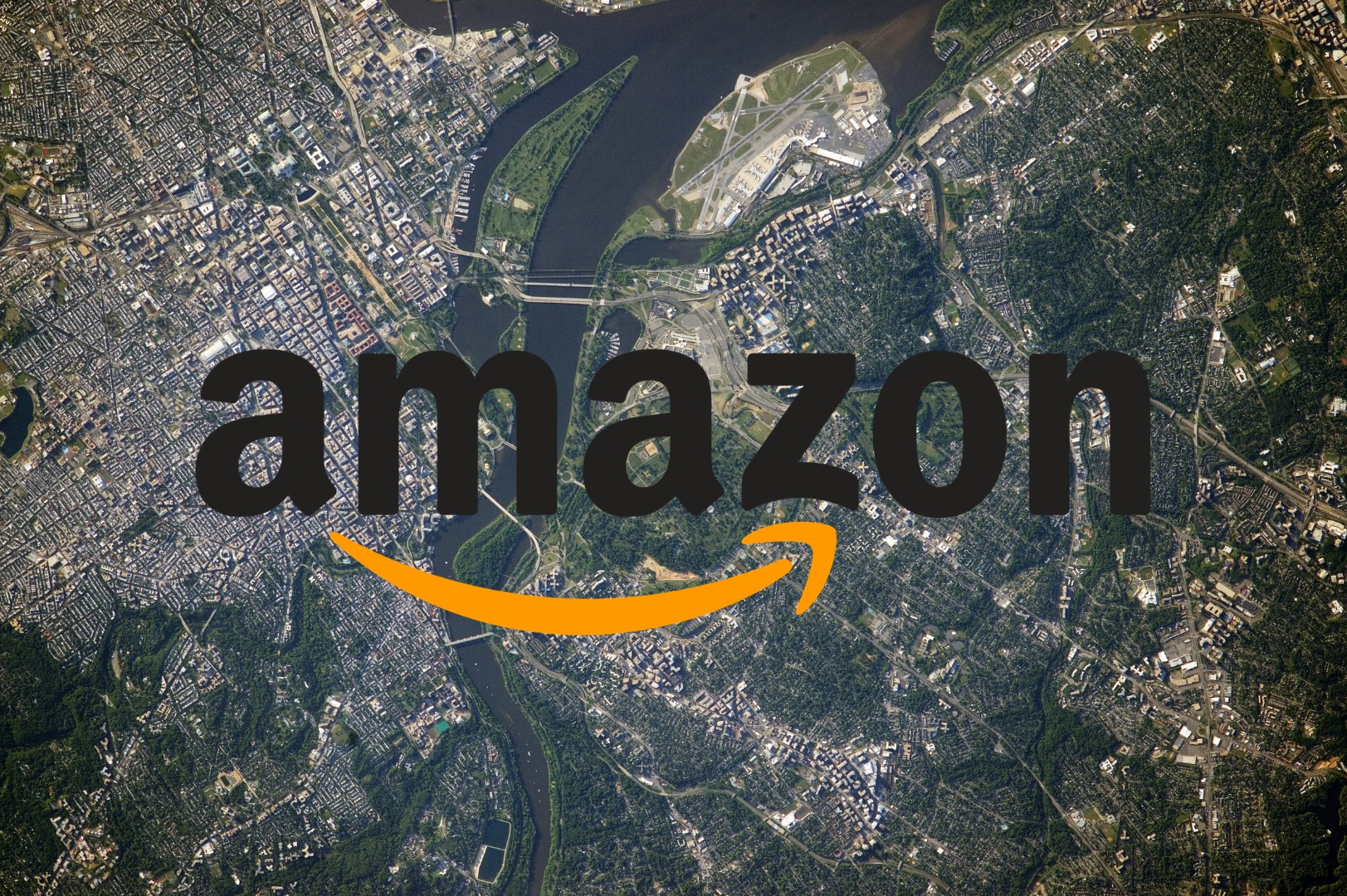 Amazon’s “HQ2” is coming to the D.C. metropolitan area this year. In an editorial last March, we noted our concerns about the possible negative effects of Amazon coming to D.C. and urged elected officials to reconsider the offer. Unfortunately, that deal is now official. But make no mistake; this move is a disingenuous ploy to wring tax incentives totalling almost a billion dollars from local city governments, basically amounting to corporate welfare. Meanwhile, area residents will have to deal with the new strain HQ2 will place on already underfunded public transit, public school systems, and affordable housing in the area.

Amazon has made efforts to highlight the positives that its new headquarters will bring to the area. Almost $200 million of the previously mentioned tax subsidies will go to improvements in Metro stations (though only those near the Crystal City location of HQ2) and Reagan National Airport, while also rebranding the area as “National Landing.” But a few renovated stations for Amazon and a shiny new name for the area will not change the experiences of the over 600,000 D.C. residents who will be affected by the arrival of Amazon.

Rep. Alexandria Ocasio-Cortez put it well when she argued in a Twitter thread on the HQ2 location in New York City, which will affect her district, that we need to be asking deeper questions about what Amazon will be bringing to our communities. Will Amazon hire from within the D.C. community? What types of jobs will Amazon bring, and who will get them? The unfortunate answer to both questions is that these jobs will likely go to white-collar young professionals from elite schools such as Georgetown.

Amazon’s imminent arrival will have clear negative effects on the D.C. community, from gentrification and displacement to corporate welfare that redirects public spending from sectors that desperately need it like public schools and homelessness. But none of this means that we cannot expect and demand better from Amazon and our local government.

Washington, D.C. is a central location for government influence, something that likely affected Amazon’s decision to come to Crystal City. With a headquarters right across the river from the District, Amazon can develop a relationship of preferential treatment for the company, and perhaps even gain the ability to influence decision-making at the federal level. Critics recently noted that in addition to the massive tax haul Amazon will receive (which even includes up to $550 million via a workforce cash grant), the Commonwealth of Virginia has also agreed to provide Amazon with advance notice on Freedom of Information Act requests related to the company, clearly indicating that a privileged relationship may already exist.

However, that influence and the relationship that Amazon is hoping to develop with the federal government cuts both ways: those of us who live here have an opportunity to call on Amazon to address global issues such as inequality and poverty, which large corporations like Amazon play a role in perpetuating, as well as the company’s unfair labor practices. We urge all D.C. residents who are willing and able (especially Georgetown students, as we are all members of the D.C. community) to stand up and demand that Amazon and local government pursue bold solutions to these issues.

Of course, Amazon coming to D.C. provides an opportunity to protest unfair treatment within the company and support the unionization of Amazon workers across the globe, which many have already called for.

But the fight extends to issues that are less obviously connected to Amazon. If Amazon wants to reap the benefits of being a part of the D.C. community without paying its fair share, then we must insist that it play an active and engaged role and fight to stop police brutality against African-Americans, gentrification, mass deportation via ICE.

As previously mentioned, this call to resist Amazon extends to Georgetown students. As first-year students, many of us came to Georgetown with visions of changing the world after graduation, but that change often starts right here in D.C., in our community. From small choices such as supporting local businesses instead of purchasing from Amazon Prime to larger acts of solidarity like protesting alongside D.C. residents feeling the effects of HQ2, we have an obligation to do what we can when we can. As Amazon’s move will bring new opportunities for many of us here, we urge all to consider playing a role in the struggle that lies ahead.