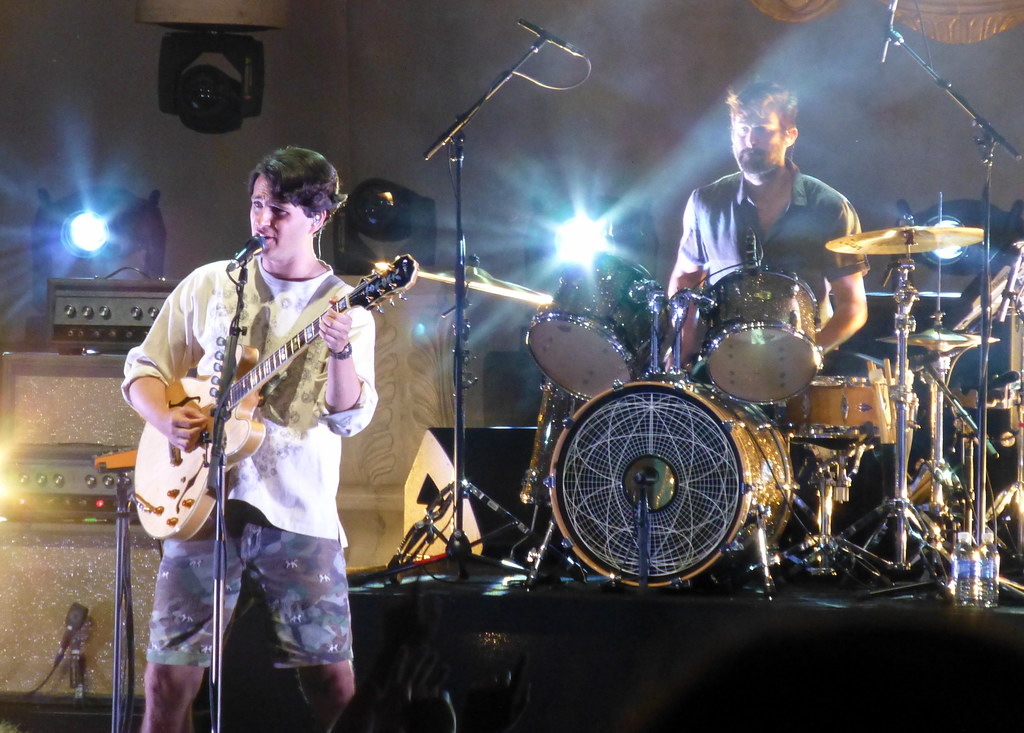 On a pleasantly warm, late-summer evening in Columbia, Maryland, Vampire Weekend proved they had not lost their “step” during a  five-year hiatus. The New York City-based indie rock band performed an energetic two-and-a-half hour long set spanning 28 songs from  all four of their LPs, including their May 2019 release, Father of the Bride.

Though advertised as a DC show, the concert took place at the Merriweather Post Pavilion more than an hour away from Downtown DC in heavy rush hour traffic. The crowd trended younger, including many students making the trip from DC or Maryland colleges.

Before Vampire Weekend took the stage, opener Christone “Kingfish” Ingram wowed with blues-tinged guitar solos reminiscent of old-school Southern rock. Although the 20 year old’s backing band and improvisational skills were impressive (he interpolated both Childish Gambino’s “Redbone” and Lil Nas X’s “Old Town Road” into a guitar solo), the crowd seemed only mildly interested. The pairing of a classic blues guitarist with an indie rock/pop group seems incongruous, even if Kingfish tried his best to put on a memorable show.

The headliner launched right into their set with “Sunflower,” a single off Father of the Bride featuring R&B guitarist Steve Lacy. The band immediately treated the eager crowd to their new performance style. Instead of performing a studio-replica of each album, Vampire Weekend  opted to use their larger band to jam and improvise on songs. For “Sunflower,” this took the form of an extended guitar duet which eventually began to test some concertgoers’ patience. Fans were more receptive when they then transitioned into “White Sky,” a danceable single from their 2010 album Contra.

In the interim between Vampire Weekend’s last album, 2013’s Modern Vampires of the City, singer and keyboardist Rostam Batmanglij left the band to pursue a solo career. The band chose to replace Batmanglij with not one but four touring members—Brian Robert Jones, Greta Morgan, Garrett Ray, and Will Canzoneri. With a total of three guitars, two keyboards, two drum sets—outfitted with auxiliary percussion—and one bass, the new members give the band a far more robust sound. There is no longer a need to simplify their live arrangements to accommodate four members. “Cape Cod Kwassa Kwassa,” a 2008 single that borrows heavily from African drumbeat, benefited from the added percussion. “Hold You Now,” which features Danielle Haim in the recorded version, instead saw vocals from guitarist Greta Morgan. The song, along with many others, would have been virtually unperformable with the band’s original lineup.

The concert’s visuals matched the superb quality of its sound. The ensemble played beneath an inflatable globe that would occasionally spin—reminiscent of Father of the Bride’s album art—surrounded by mobile stage lights. Beyond this intriguing centerpiece, strobes, spotlights, and lasers were all expertly synced with the rhythm of each song. Lead singer Ezra Koenig’s laid back, yet confident stage presence was mesmerizing, and his musical chemistry with guitarist Robert Jones only served to energize the set and highlight his charisma.

Even with their added members, Vampire Weekend were still limited by the typical time constraints of a concert and had to omit several fan favorites including “Step,” “Ladies of Cambridge,” and “Walcott.” It is a testament to the depth of their discography that the band could play 28 songs and still leave out hits. Perhaps in an effort to remedy this, the band has begun taking song requests exclusively from fans wearing bucket hats throughout their current tour. At this show, fans requested the band’s devastating break-up song “Hannah Hunt,” as well as their dancehall-affair-saga “Diplomat’s Son,” the latter of which incorporated a cover of reggae hit “Pressure Drop” by Toots & The Maytals.

Koenig kept the stage banter to a minimum, although he treated the DC crowd to a special cover of “Peace Frog” to commemorate The Doors’ performance at Merriweather Post Pavilion nearly 51 years to the day of Vampire Weekend’s show. The band is clearly dedicated to an entertaining concert—they memorized their entire discography to play at request on this tour, while still setting aside time on their setlist to try out new covers.

The lively Thursday night crowd proved that Vampire Weekend are in many ways an exceptional band. While rock music has become less relevant in pop culture (even Koenig himself has declared the genre dead), the group still finds ways to innovate and expand without compromising their distinctive sound. Soon after the Maryland concert, they played a sold-out, 19,000 person hometown show at Madison Square Garden in New York City.

Before the band closed the night with “Ya Hey,” they played the fast-paced folksy track “Worship You,” which I remember first hearing five years back on the FIFA 14 soundtrack. As the song reaches its anthemic chorus, Koenig sings “won’t we see you once again?” As the band walked off stage after so many years away from touring, thousands of fans at the Merriweather Post Pavilion asked that same question. 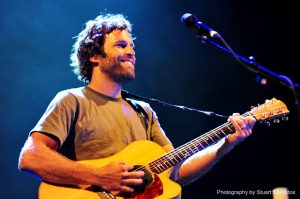