The Two Popes: What You Need To Know Before The Oscars 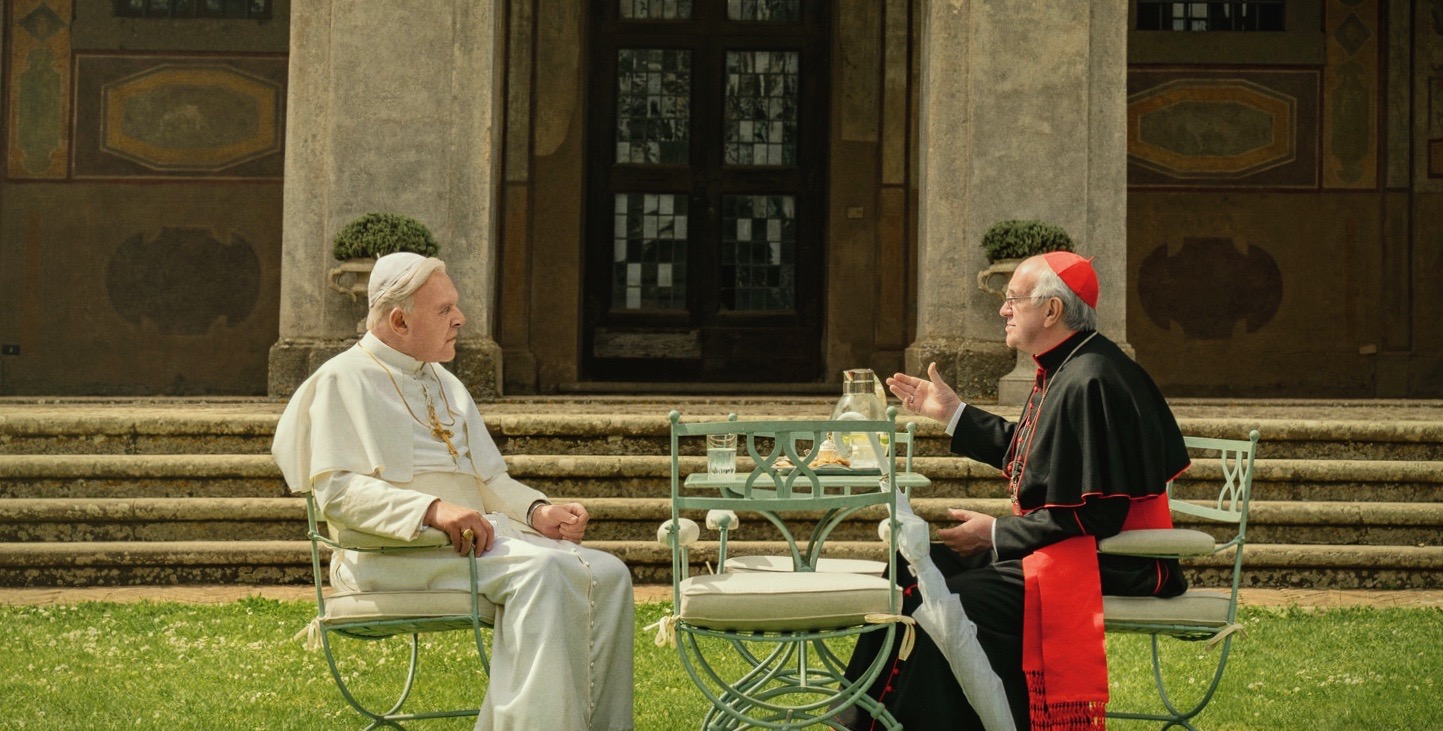 Trigger warning: This article mentions sexual abuse within the church.

Fernando Meirelles’s The Two Popes has gained global acclaim over its recent envoy of nominations, most notably from the Academy Awards and British Academy Film Awards. As someone who loves watching The Oscars but has neither the time nor the finances to see all of the nominated films, I figured I would make a quick summary of this one for those in the same boat as me. If you don’t want to watch The Two Popes before The Oscars, here’s a quick rundown and a few insights that I gathered from the film.

Plot: The film follows Cardinal Bergoglio (Jonathan Pryce), now Pope Francis, as he seeks Pope Benedict’s (Anthony Hopkins) permission to retire from the church. Set in 2012, Pope Benedict is facing the child sexual abuse scandal within the Catholic Church, highlighting the struggle between the entrenchment of tradition and need for progress. As the film’s imaginative retelling of a true event continues, two titular figures of the Catholic Church must reconcile with their pasts as Pope Benedict reveals his decision to retire as pope.

Acting: Jonathan Pryce and Anthony Hopkins are incredible. They were convincing in their portrayal of the two Catholic figureheads, but, moreover, their performances provided an empathetic link for the viewer. The Two Popes didn’t attempt to completely idolize Cardinal Bergoglio or Pope Benedict, instead opting for vignettes into Cardinal Bergoglio’s darkest moments. Through these vignettes, we are able to not only understand the controversial role that Bergoglio played in Argentina’s Dirty War, but also recognize his retrospective guilt about  said role and his growth from his mistakes.

Screenplay: One aspect of this film that was especially interesting was the choice of vernacular language. Bergoglio and Benedict both speak in their native tongues as well as English and Latin. This use of language is effective in portraying the international influence of the church, but it also requires the viewer to actually pay attention to the movie.  During Netflix movies, we have a tendency to multitask on our phones or other devices instead of giving our full attention to whatever we’re streaming. I think that the language variety helped keep my entire attention throughout the film, and also made the film much more engaging.

Historical Accuracy (disclaimer: I am in no way Catholic and am therefore pretty susceptible to believing whatever this film told me): From what I gather, there was a meeting between Pope Benedict and Cardinal Bergoglio around the time when files about the sexual assault scandal were leaked to the press. However, Fernando Meirelles has obviously taken creative liberty in his recount of these days. I do have to say that the film didn’t feel unbelievable in an overarching sense. Yes, there were symbolic aspects of the film that were obviously not completely accurate, but the symbolism wasn’t portrayed as fact, which made it acceptable for me. I am also not sure how biased the retelling of Bergoglio’s involvement in the Dirty War was, because, as stated before, I am not privy to the history or politics of the Catholic Church. However, because the vignettes were recounted through the lens of Bergoglio’s character, the biases were also true to the story; the viewer was told what Bergoglio wanted to tell, making the retrospection and retelling an accurate gauge of his character and intentions in the film.

Comments and Critiques: The Two Popes was compelling to watch despite the over two hour run time, but I think that the film would have been more powerful if there was a stronger overarching message.

Honestly, this film gives me the same vibes as Michael Lindsay-Hogg’s Two of Us. While the Two of Us was a dramatized account of Paul McCartney and John Lennon’s day together six years after their break-up, both films were made to achieve the same end: a restorative dignity to an important group. The Two Popes, above all else, shows the viewer how God was present in the power change of the church’s popes. This is quite apparent, and, as long as the viewer is able to acknowledge the propagandist aspect of the movie, is also easily reconcilable.

I think that Meirelles also does a fantastic job of highlighting the important qualities in a good leader. Bergoglio doesn’t want to be Pope. In fact, in the opening scenes, he requests that the other Cardinals don’t vote for him in the upcoming election. The best leaders oftentimes don’t want to be leaders. Even in Benedict’s decision to step down as Pope, the film demonstrates the importance of knowing when to give up power. The Two Popes incited, for me, an interesting dialogue on what it means to be a leader.

Overall, I enjoyed The Two Popes a lot more than I thought I would. In fact, I would go so far to say that it was a better feat of editing and directing than seen in Marriage Story. Now, with this quick synopsis and a couple hot takes, go forth and thrive in this 2020 Oscars season. 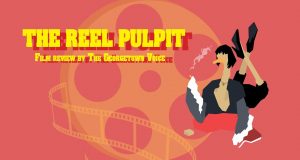 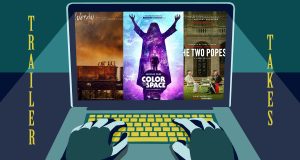