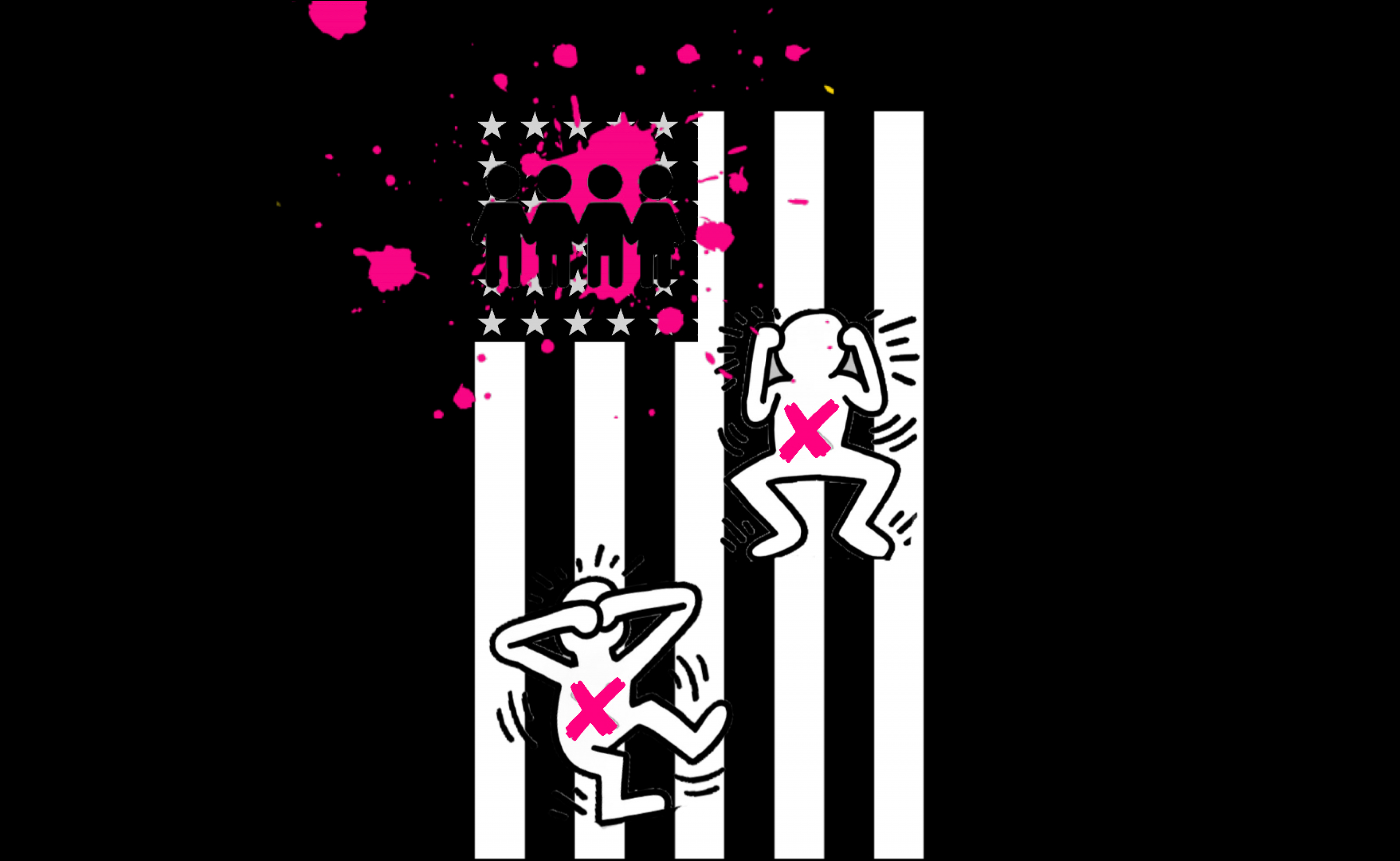 Dozens pretend to be dead on the floor of St. Patrick’s Cathedral. The year is 1989. Around 70,000 Americans, predominantly intravenous drug users and young LGBTQ+ people, have already died from AIDS—a death toll that, as of 2018, would rise to more than 700,000 deaths worldwide. In spite of these numbers, Cardinal John O’Connor, the target of this protest, calls homosexual activity “sinful” and would later prohibit the use or teaching of condoms. One protest poster from the hundreds of people outside the church reads, “Condoms Not Prayer.”

Twenty-nine years later, in 2018, young people all across the country again pretend to be dead. This time, however, the activists are not protesting a lack of AIDS-related response: They are protesting government officials’ inaction in the face of gun violence. In the wake of activism prompted by the gun violence prevention organization March for Our Lives, die-ins are used to draw attention to the number of young people dying because of weak gun laws. By this point, Columbine, Virginia Tech, Newtown, San Bernardino, Charleston, Pulse, Las Vegas, Sutherland Springs, Santa Fe, and other mass shootings have happened. Yet even more mass shootings (Tree of Life, Thousand Oaks, El Paso, Dayton, Virginia Beach), suicides by firearms, domestic violence fatalities, instances of police violence, and other day-to-day gun violence would continue. Activists have had enough; posters read, “We want policy and change, not thoughts and prayers.”

Gun violence and the HIV epidemic share striking parallels. For one, they are both some of the most colossal neglects of American government. Second, and more specifically, the two activist movements associated with these crises—for AIDS, ACT UP, and for gun violence prevention, March for Our Lives—have connections that shed light on the importance of protest. From racial dynamics to celebrity involvement, these two movements remind us that we can learn from the strengths and mistakes of the past to build a nation with a government that won’t leave its people to die.

The two social organizing movements associated with gun violence and HIV/AIDS are similar in their origins. ACT UP was created by Larry Kramer, Vito Russo, Didier Lestrade, and many others in response to a government that turned a blind eye to the AIDS epidemic, during a time when treatment for HIV was extremely expensive and practically nonexistent. A group of high school students started March for Our Lives after the Marjory Stoneman Douglas High School shooting in Parkland, Florida. This shooting happened after years of calling for gun reform, in a country where, each year, 38,000 people die from gun violence. Though other gun violence organizations have come before, from the Brady Campaign to Moms Demand Action, March for Our Lives is unique in its youth and its capturing of media presence.

Both ACT UP and March for Our Lives revolve(d) around affinity groups: These smaller groups or chapters can exist locally and build a sense of community in a smaller setting (for instance, March for Our Lives Georgetown), all while maintaining connections to a broader national coalition. As such, they both created spaces for those who had lost loved ones to channel their grief into productive rage. March for Our Lives founder Emma González called BS on government inaction, just as ACT UP founder Vito Russo said,“If I’m dying from anything, it’s from indifference and red tape.” It’s also interesting to consider how ACT UP was a predominantly LGBTQ+ community; now, much of March for Our Lives’s leadership identifies as queer, and LGBTQ+ people are disproportionately affected by gun violence. In a different time, a different place, perhaps these kids would have had to protest for their right to stay alive in the face of a different epidemic.

But just as ACT UP has been criticized for being mostly white, so, too, has March for Our Lives. ACT UP was predominantly headed by white gay men, despite the fact that women and the Black community were hit particularly hard. The National AIDS Memorial Quilt to remember those who died from AIDS often excluded Black and Latinx communities who did not have the privilege to spend time designing a remembrance quilt patch, much less participate in active protests. One ACT UP member wrote, “I was pretty much the sole person of color for a while.”

Recently, March for Our Lives has also been doing a lot of work with the Black Lives Matter movement, amplifying the message that gun violence prevention has to include police violence, domestic abuse, and suicide by firearm. ACT UP also tried to work within itself to improve its intersectionality, often lobbying for better representation in clinical trials for women and people of color. Nonetheless, those we remember from the movement—whether in media like Angels in America, specific cases like Ryan White, or even the leaders of ACT UP itself—are predominantly gay white men. The consequence of this selective remembrance and structural racism is a political silencing that strips minorities of their agency, all while doing a disservice to the lives that were lost.

The exception to the whiteness of who is remembered in the AIDS epidemic is Magic Johnson. Celebrities, for better or for worse, have immense power in shaping public opinion around issues. Johnson made it more acceptable for people to have AIDS, in spite of all the deaths that had already occurred. In a more contemporary age, Jonathan Van Ness from the hit show Queer Eye recently disclosed that he has HIV, further opening up the conversation around AIDS today. The March for Our Lives protest in 2018 brought in prominent figures like the Clooneys and Ariana Grande, and the shooting of congressional representative Gabby Giffords brought gun violence into the limelight. Even before Giffords, Reagan’s press secretary James Brady was shot during the attempted assassination of the president, spurring him and Sarah Brady to form the Brady Campaign and begin the slow process of gun violence prevention. Celebrities have privilege, and oftentimes, this privilege allows them to speak up about issues that so many others have to confront and suffer silently. Thus, celebrities have a greater impetus to speak out against social ills—if only because celebrities are some of the only victims palatable enough to trigger action from the rest of society.

There’s another important connection between the two movements: the opposition. In the 1980s and ’90s, it would not be uncommon to hear conservatives like Jerry Falwell Sr. say that AIDS was a punishment for being gay. They say these lives are expendable. Now, the rhetoric is that the thousands of people that die from gun violence are casualties in the pursuit of freedom. With AIDS, it was: Blame gay people having sex. Now, blame Black-on-Black crime and mental health. Always is the underlying tone: Don’t politicize tragedy. We’re sorry for your loss, but we have to let people mourn—now is not the time. The opposition prevents action. Young people are still dying; lives are cut too short. Where is our permanent AIDS memorial? Where is our gun violence memorial? Most importantly—what societal ills could we have fixed, what counter-arguments could be debunked, if only we were all informed on this past?

“You’re killing us!” Michael Petrelis from ACT UP cried that day in St. Patrick’s Cathedral. AIDS activists were facing an opposition indifferent to the death of a certain population, a government complacent in its inaction. Even today, so many young people are unaware of the severity and stigma of the AIDS epidemic because of an education system that shies away from mourning minorities, that has trouble acknowledging the past sins of the country it belongs to. The result is that we forget that there is a precedent to each modern tragedy and social movement, rendering us less equipped to deal with future medical and social epidemics and desensitizing us to ongoing but preventable genocides.

In spite of all of the similarities between ACT UP and March for Our Lives, parallels only go so far. The AIDS epidemic has a unique stigma that other killers like gun violence do not have. Queer people were hit disproportionately by HIV, and the government did nothing about it. Even calling gun violence an epidemic may not address the real issues, equating conscious perpetrators with a dead virus that has no emotion.

Yet the comparisons—acknowledging both the drawbacks and strengths of these two powerful movements—help us understand our present moment, in a world where our government is failing to respond to COVID-19 and Black individuals being killed by police. ACT UP told us that it is okay to be angry. When tragedy strikes, it’s okay to demand that our government do better. It’s okay not to be liked. It’s okay to be emotional. We know that the typical conduits for political change are not enough, just as we know that our efforts can feel futile when the end is nowhere in sight. But pushing the needle forward makes a difference. Protest is, and always has been, patriotic.

“‘No Way To Prevent This,’ Says Only Nation Where This Regularly Happens,” the continuous Onion articles say. These crises are preventable. If only we’d had universal background checks. If only Reagan had done anything about AIDS. If only we’d had a national COVID-19 strategy. If only. They are a part of our American past, and will educate our American future, if we let it. Our government continues to make the same mistakes as before—but we cannot forget those who died at the hands of institutional neglect.

Let’s learn from the past. If silence is death, let us never be quiet. 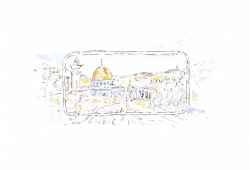 The kids are dying: What HIV/AIDS activism and gun violence prevention say about America - PeachyTeaNews