Remembering Georgetown’s history with slavery: Amidst university inaction, students take memorialization into their own hands 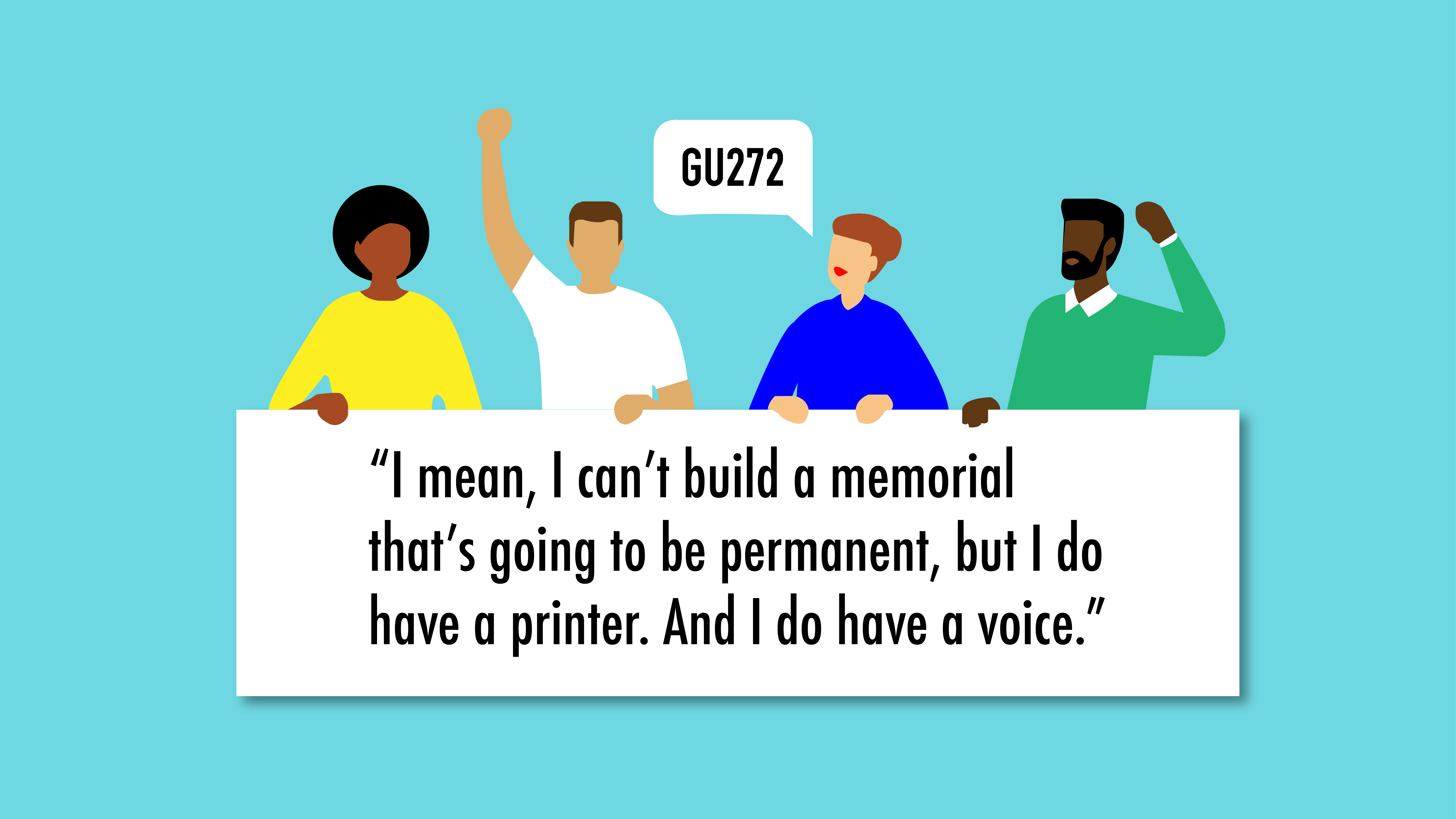 Many at Georgetown looked on with hope as students resoundingly passed a landmark referendum on April 11, 2019 to pay reparations to those affected by the university’s complicity in slavery.

With the highest turnout in Georgetown electoral history, 66.1 percent of students voted to establish a reconciliation fund to benefit descendants of the 272 enslaved people sold by Georgetown’s Jesuits in 1838, now known as the GU272. Every semester, students would each contribute $27.20 to the fund, a sum that would rise with inflation. If implemented, it would be the first concrete reparations policy enacted at a major U.S. university.

More than 18 months have passed since the student-initiated, non-binding referendum. Although the university promised its own plan of action regarding the GU272, first in 2019, then again in 2020, the administration has so far declined to implement the specific provisions voted for by the student body. Students protested outside the Board of Directors meeting last October, calling for the $27.20 reconciliation fee to be added to tuition starting Fall 2019 as planned by the referendum, but no action was taken by university officials.

To ensure Georgetown’s history with slavery is not forgotten, some students have taken the responsibility of memorialization into their own hands.

Elsa Barraza Mendoza (PHD ’21), a doctoral student and assistant curator at the Georgetown Slavery Archive, set up a memorial in the Reiss Science Building last January. Meant to educate people about the history of the former slave cemetery under the building, the memorial includes the names of the 66 known enslaved people who were buried there.

Over the past year, GU272 Advocacy Team member Miles Aceve-Lewis (COL ’22) has researched the connections many campus buildings have with slavery and compiled a book on the referendum’s history, from the inception of the movement to the 2019 student vote.

The two are part of a network of advocates that has grown in recent years. The push to seek reparative justice for the university’s history of slavery gained widespread attention in 2015, when Black student activists organized a protest in Red Square and a sit-in at DeGioia’s office to demand the renaming of two campus buildings that bore the names of Jesuits who orchestated the 1838 sale of enslaved people. One day later, DeGioia approved the renaming of the buildings, now called Isaac Hawkins Hall, in honor of the first enslaved man listed on the 1838 sale document, and Anne Marie Becraft Hall, after a Black nun who founded one of D.C.’s first schools for Black girls.

Student activism created the awareness that led the university to rename the buildings, according to Mendoza. “I was there when the names of the buildings were changed, and that thing happened in many respects because students, undergraduate students, became involved and engaged with the history,” she said. “That made people mobilize.”

Working as a curator for the Georgetown Slavery Archive, Mendoza helps gather and process historical material “relating to the Maryland Jesuits, Georgetown University, and slavery.” The archive was established as one of the recommendations put forth in the 2016 report by the university’s Working Group on Slavery, Memory, and Reconciliation, which was established by DeGioia in the wake of public revelations about Georgetown’s history of enslavement.

According to the original text of the referendum, the GU272 Reconciliation Board of Trustees, which would oversee the allocation of the reconciliation fund, was to be jointly appointed by GUSA and the descendant community in the summer of 2019, and the university was to add the $27.20 reconciliation contribution to tuition starting that fall semester. This timetable was not followed by the administration, putting a halt to any potential projects that the Reconciliation Board had planned to benefit descendants.

Weeks after the October 2019 Board of Directors meeting, university President John DeGioia sent a campus-wide email in which he rejected the mandatory student contribution and promised a fundraising effort to support projects benefiting descendants that would meet or exceed the funds collected from students. This too was received with frustration and seen as a failure to uphold the basic principles underlying the referendum, according to Advocacy Team founding member and GU272 descendant Shepard Thomas (COL ’20).

In a letter to the Board of Directors, Students for GU272 argued that “in proposing a fundraising effort in place of a mandatory fee, President DeGioia has turned reparative justice into charity.” The organization began an email campaign in the summer of 2020 for students to call on DeGioia and other administrators to implement the student contribution fee ahead of the fall semester, but again, no action was taken by the university.

Thomas characterizes DeGioia’s letter as another example of administrators undermining the referendum. “When he released that statement, it was kind of like a slap in my face,” he said.

Aceve-Lewis echoed this sentiment, explaining that one of the main objectives of the Advocacy Team was to account for Georgetown’s past.

“A big purpose for the referendum wasn’t just money,” he said. “It was to get students to wrestle with this history.”

Since renaming Isaac Hawkins Hall and Anne Marie Becraft Hall in 2017, the administration has taken little action to memorialize the GU272. Although the Working Group’s report recommended that the university also construct a public memorial with the names of the enslaved persons in front of the two buildings and set up informative plaques at campus sites associated with slavery, neither of these proposals have been implemented.

According to Thomas, the administration promised to create alternative memorial spaces on campus in meetings with the Advocacy Team, but again failed to follow through. “We were supposed to have a tiny, temporary memorial in the Leavey Center that they never put up for us, and they have no excuse. Nothing happened,” Thomas explained.

“The university can promise everything, but I can’t take it seriously until they actually do it.”

With the university failing to implement the referendum, Mendoza and Aceve-Lewis have sought to memorialize the enslaved people of Georgetown and remind students that the university’s history with slavery extends far beyond the 1838 sale. In fact, the land where the Reiss Science Building and Arrupe Hall stand was a Catholic cemetery for enslaved people in the Georgetown neighborhood from 1818 to 1833. During the construction of Arrupe Hall in 2014, workers unearthed a human thigh bone from the soil beneath the building, sparking criticism that the university did not treat the site with respect.

“Their bodies were not moved when the development of that area happened,” Mendoza explained. “It is our obligation to build a way to memorialize them so they are not forgotten.”

The memorial she created in the Reiss Science Building still stands. Each enslaved person’s name is handwritten on a piece of paper with the date of their passing, forming a wall of names on the first floor of the building.

Earlier in the school year, students would take the time to visit the memorial and reflect, learning about the lives of the people who were enslaved by the Jesuits at Georgetown less than 200 years ago. When asked what inspired her to create the memorial, Mendoza described her frustration at the administration’s refusal to implement the GU272 referendum and their failure to properly memorialize the area around the former slave cemetery.

“We take classes there, we walk there, we eat there, and this is a burial ground,” she said. “And the descendants of the people who are buried there don’t even have the room to visit them.”

As the Georgetown’s community’s reckoning with slavery continues to unfold, Aceve-Lewis is focused on recording this recent history. His book about the GU272 referendum focuses on “cataloguing the journey that the reparations effort has made on campus, from that first Senate meeting until the present day.” Aceve-Lewis has documented events like the GUSA hearings on the GU272 bill, the office hours held by GUSA senators to gauge support for the referendum, the rally in Red Square on the day of the vote, and the sit-in protest at the October board meeting, in the hopes that future students will remember the referendum’s push for reparative justice.

In addition, Aceve-Lewis worked with fellow students in Professor Adam Rothman’s “Facing Georgetown’s History” course last fall to create a walking tour of campus “through a lens of discussing slavery and Georgetown’s history with it” (the virtual version, created by Lauinger Library’s Booth Family Center for Special Collection, can be found here). The tour adds historical context to iconic locations like the John Carroll statue, Gaston Hall, the White-Gravenor Building, and the Astronomical Observatory, all of which were either built by enslaved labor or commemorate Jesuit enslavers.

“The vestiges of slavery are all around us,” Aceve-Lewis said. “Unfortunately, this community and campus’ ties with slavery are not so evident and not so visible.”

He hopes the administration will start giving this walking tour during freshman orientation to raise awareness about the little-known connections many campus buildings have with Georgetown’s slaveholders.

With few students on campus this semester due to the ongoing COVID-19 pandemic, memorialization and reconciliation advocates have not been able to organize in-person protests to demand the referendum be implemented. According to Thomas, he and other advocates are focused on raising awareness of this history online until students can return.

“Keeping the history alive is the only thing we can really do at this point, until this coronavirus ends and people are all on campus again,” Thomas said.

Mendoza believes students can memorialize the people Georgetown enslaved by making sure their history is known. In the face of administrative inaction, she is one among many working to ensure the university’s horrific past remains in the light.

“We can all become involved either in groups that are interested in history, or putting up memorials, or writing about it, so that that history is not forgotten,” she said.

“I mean, I can’t build a memorial that’s going to be permanent, but I do have a printer. And I do have a voice.” 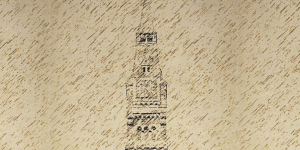 “Unlike Any Other Class”: AMST 272 Confronts Georgetown’s History with Slavery