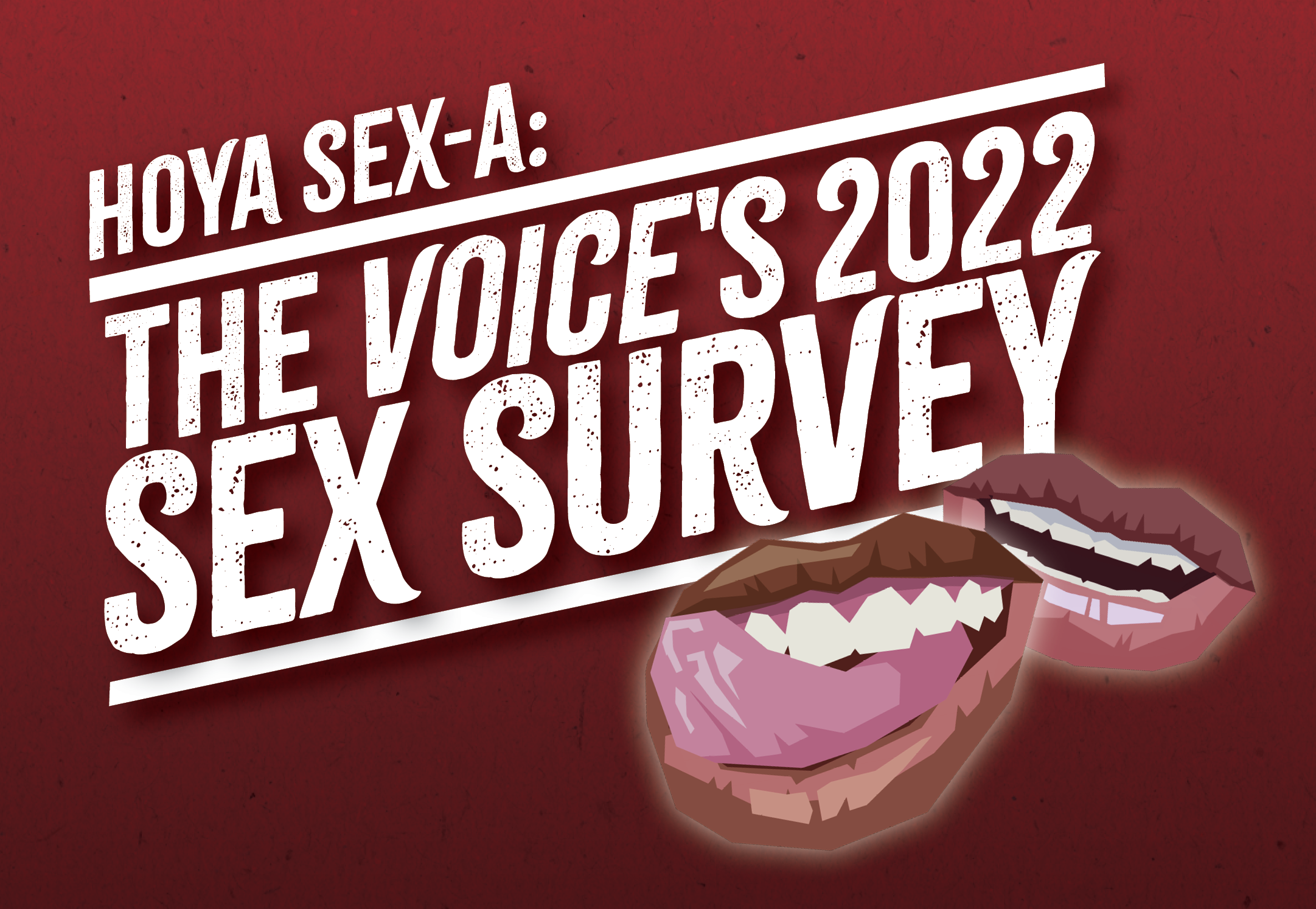 From Nov. 9 to Nov. 12, the Voice asked Georgetown undergraduate students about their sexual practices and their opinions on Georgetown’s Catholic identity and its influence on university contraception policies. This is the third survey the Voice has conducted on Georgetown students’ sex lives, updating our 2007 and 2012 assessments after a decade-long hiatus.

This survey is not intended to be a scientific representation of Georgetown as a whole.

As the first brisk wave of winter air blows across campus, the Voice wants to know more about the steamy sex lives of its readers. More importantly, we want to promote a raw dialogue about sex—the carnal details, the riveting minutiae, and everything in between.

Despite a large sample size, some demographic limitations should be noted. Cisgender men, first-years, and students in the MSB, SOH, and SON were underrepresented in our survey. The proportion of cisgender women responders was five percent higher than Georgetown’s undergraduate gender ratio. Our survey, however, accounted for gender identities outside of the male-female binary, whereas official university gender data does not, potentially explaining this discrepancy.

With that said, here are a number of spicy findings that deserve recognition.

School with the most fucks: MSB on top

A majority of students have had sex and are currently sexually active, but the most sexually active superlative goes to the MSB, with 71 percent of respondents from the school self-reporting current sexual activity. This is followed by 63 percent of sexually active students in the SOH/SON, the College (59.5 percent), and the SFS (53.3 percent).

But while college-age people overall are less sexually active than they were in 2007, Hoyas seem to only be shaking more sheets over the last decade.

Unsurprisingly, first years had the highest rate of virginity—over half reported having never had sex. For sophomores, that figure cuts nearly in half—just 29 percent. (Something in the air during freshman spring, we guess?) For seniors, just 18 percent report never having had sex.

School with the least fucks: SFS on bottom

If you’re a part of the 46.7 percent of sexually inactive students in the SFS, fret not—you’re not alone. For many students, professional success and academic performance rank higher on the priorities list. “Georgetown is so pre-professional that even our sex lives are efficient. We commit dormcest and hookups, always thinking about convenience and separating personal/business,” one student wrote in the survey, alluding to an article they had read. 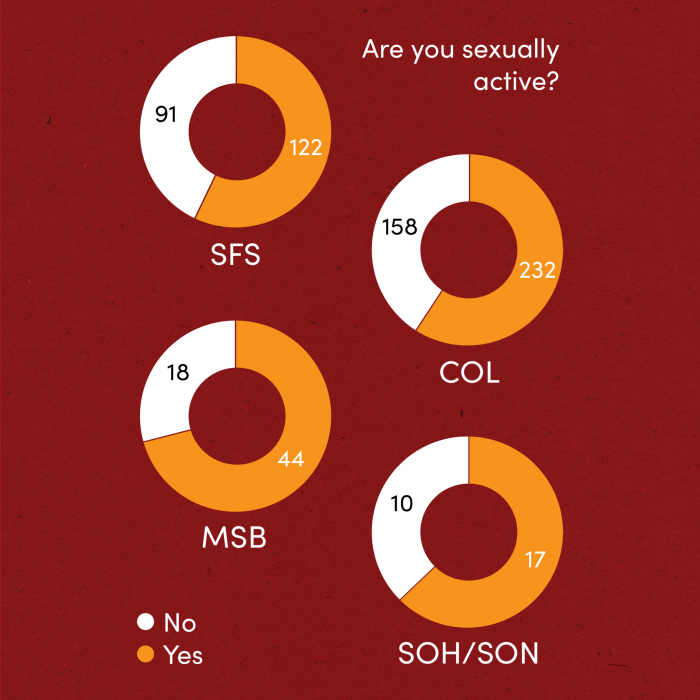 The kinky and the not-so-kinky

And for anyone wondering, the MSB is the most sexually adventurous school by a small margin, and the SFS is the least.

Speaking of freaky, we can’t ignore some of the tips we got.

Some students reported peculiar sexual partners. “Did it with the John Carroll statue once,” one respondent wrote. We have no way of confirming this incident, nor are we a judgmental entity, but keep this in mind the next time you consider sitting on John’s lap. 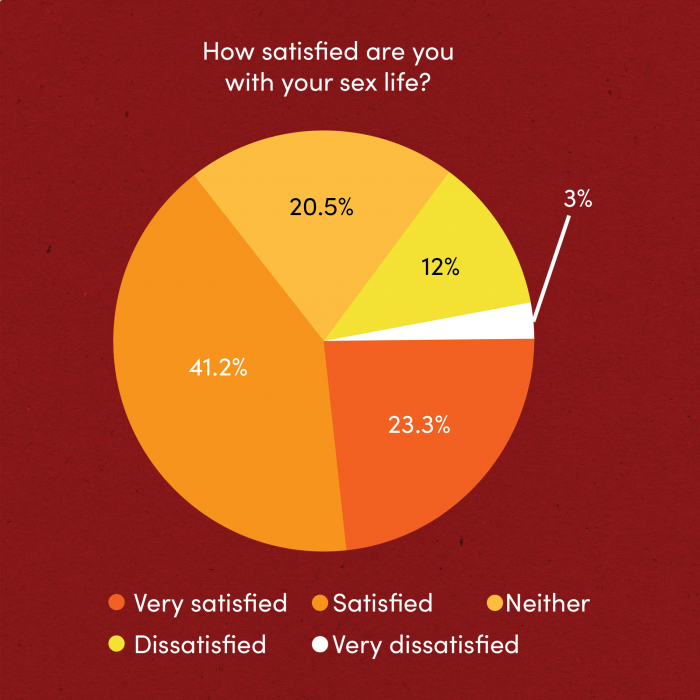 When asked if college life at Georgetown encourages sexual activity, the most common response was a diplomatic “neither agree or disagree.” However, more students indicated that college life encourages them to have sex than discourages them, with 46.4 percent responding either “agree” or “strongly agree.”

Some survey takers lamented the logistical hurdles of having sex on campus, complaining of thin walls, omnipresent roommates, and little privacy. One respondent remarked, “Increased availability of single rooms would solve a lot of sexiling related roommate problems.”

While that may be true, it’s unlikely the university will make easing student sex logistics a priority, especially considering the university’s prohibition of sexual sleepovers in campus housing—Georgetown classifies sexual activities as Class A Violations subject to similar punishment as noise and alcohol violations. According to section 41 of the Student Code of Conduct, “Cohabitation, which is defined as overnight visits with a sexual partner, is incompatible both with the Catholic character of the University and with the rights of the roommates.”

There are some resources on campus to support sexual health, but they are incredibly limited. Health Education Services (HES), for example, provides certain resources for students affected by sexual assault, violence, alcohol, drugs, eating disorders, nutrition, and sexual health (but not abortion or contraception). “Students do not need a referral to seek services at HES, and all clinical services are completely free and confidential,” HES director Carol Day wrote.

The university, citing its Catholic affiliation, prohibits the official distribution of contraceptives on campus. In the final section of our survey, we gathered student opinions about the influence of Georgetown’s theocracy on sex choices. Students overwhelmingly voted that the university’s affiliation should have no effect on its contraception policy (80 percent responded this way). Around 92 percent of respondents believed that the Student Health Center should be allowed to prescribe birth control pills and that contraception should be available for free on campus.

But more nuanced opinions came up in the free response portion. “As a Catholic institution, Georgetown has a right to not provide free contraception. However, that’s only acceptable because of organizations like Hoyas for Choice,” one respondent wrote. “If Georgetown’s policies towards contraception actually prevented people from engaging in safe sex, I would feel more passionately that they should change.”

For many, contraceptive needs ought to go beyond what H*yas for Choice, which receives neither recognition nor funding from the university, can provide—especially for those with student health insurance, or who otherwise lack the resources to venture outside the gates for additional safe sex supplies. Georgetown’s student health insurance does not “contract, arrange, pay or refer” for contraceptives—including the pill, IUDs, and other forms of birth control—as the university has a religious accommodation from federal coverage requirements.

Some students argue that Georgetown’s anti-contraception policy actually violates the religious freedom to engage in other, non-Catholic faith traditions.

“Other faiths require the right to reproductive healthcare services that Georgetown denies, and its Jesuit affiliation should not infringe upon the religious freedom of non-Catholic students,” Salmah Elmasry (COL ’25) said. Many practitioners of Islam, Judaism, and Dharmic traditions view reproductive healthcare as an essential part of their faith.

Some students commented on potential upsides of H*yas for Choice’s unofficial status. “Granting H*yas for Choice institutional legitimacy is only reasonable if administration couldn’t restrict their current (excellent imo) work in any way,” a respondent wrote.

Students also expressed frustration with the lack of other sexual health resources—particularly STI testing. While the Student Health Center provides testing for sexually transmitted infections, there is no free STI testing on campus.

“I wish Georgetown offered free STI testing in a similar capacity to Covid testing. The health insurance here is grossly overpriced and I’d rather not bill my dad’s insurance and him be aware I’m having pussy for dinner,” a survey respondent wrote.

Queer students face extra challenges in getting into the hanky panky with their peers, with some survey respondents expressing frustration with the close-knit culture of the Georgetown LGBTQ+ dating scene. One student noted that “having wide networks of acquaintances [in the queer community] makes it hard to engage in hookup culture without worrying about how it will affect your social network,” and added that this has led them to seek out partners from other D.C. universities through dating apps.

“A lot of queer students coming to campus maybe didn’t feel comfortable expressing their sexuality in high school,” Abby Kirk (COL ’23), a board member of H*yas for Choice said. “They get here and they feel a little bit more comfortable with the outward expression of being Queer, but they don’t feel a ton of support in the actual sexual part of it.”

According to Kirk, that is tied to the lack of contraceptive use and accessibility on campus. “I personally definitely see a lot of health risks in terms of queer women having sex; dental dams are not as commonly used as they should be,” Kirk said.

In this survey, we’ve exposed some surprising—and some unsurprising—facts about our peers’ sex lives. Like on other campuses, sex is common among Georgetown students. There are challenges facing sexually active Hoyas—from a lack of STI testing to thin Henle walls— but regardless, the Voice can see that nothing will stop determined Hoyas from bam-bamming in the ham (or on Cooper Field). 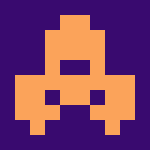 Connor Martin
Connor is a sophomore in the college majoring in government and American Studies. He is also the design editor. You can find him at your nearest Blue Bottle. Ask him for baking recipes at design@georgetownvoice.com.

Lesbian bars are adapting to survive. In D.C., As You Are Bar is leading that charge. 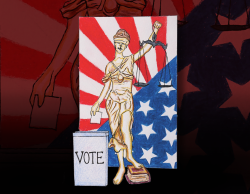