The Georgetown Marriage Pact: A match made in data?

By Maya Kominsky and Kenneth Boggess 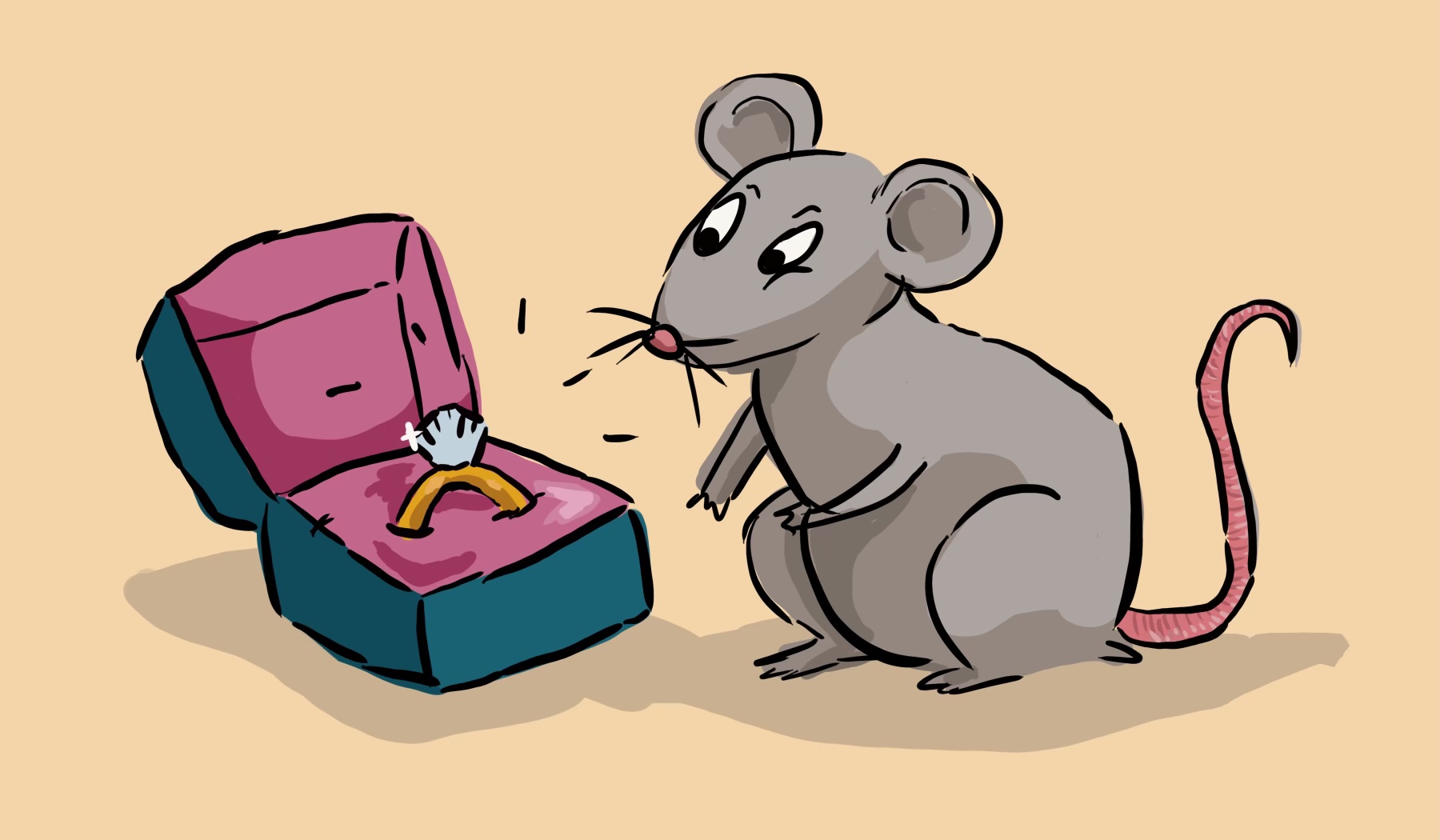 This semester, love is in the air for Georgetown students—or rather, in the algorithm.

More than 2,300 Hoyas took a chance to find their match through the Georgetown Marriage Pact in March, with varying degrees of success. Participating students filled out a questionnaire to enter into a “marriage pact”—an informal agreement that two people will get married if both remain single for a certain amount of time.

The Marriage Pact uses an algorithm to pair participants based on their answers to a series of personal and relationship-oriented questions, ranging from political and religious affiliation to opinions on ambition, forgiveness, revenge, and wealth and sex in relationships. The matching software has sparked the interest of a love-hungry student body, but also concerns about data security and student privacy.

Though reasons for entering the program vary, the COVID-19 pandemic has driven many students to seek interaction of any sort. “It’s very hard to network and make friends in this virtual environment, so even that little bit of potential social connection was really, really tempting,” Julia Nonnenkamp (COL ’24) said.

The exercise started at Stanford University as a project for an undergraduate economics course in 2017, and has since spread to universities across the nation. The two students who designed the program “combined rigorous academic theory from psychology, market design, and computer science” to create compatible pairings.

“A lot of the questions were seemingly random, but I think reveal more about you than you would expect,” Lauren Aslami (COL ‘24) said, citing a question that asked whether the participant would stop at a red light if no one was watching. “Underlying it is, ‘Would you do what’s considered the right thing, even if no one’s watching you or you can’t see any potential consequences for it?’”

Given the sensitive nature of the questions, some students voiced data privacy concerns. The Marriage Pact does have a data policy which says that all data, including user demographics and answers to questions, are never sold and third parties are not permitted access. Still, the minimal detail describing the data protection has been met with vocal opposition at other schools.

“Just because a privacy policy simply exists does not mean that it meets the standards we should be holding for our most sensitive information,” an article in The Duke Chronicle reads. “In fact, The Marriage Pact’s privacy statement doesn’t make any mention of cybersecurity, which is a key principle. There’s no privacy if your data is out there for any amateur hacker to grab during their lunch break.”

A Reddit thread regarding the University of Pennsylvania Marriage Pact made similar remarks last month: “Even if the people running the website have good intentions, they most likely are storing the data in a location that is not properly secured, which puts respondents at risk.”

Additionally, though the Marriage Pact may not sell participants’ data, the questionnaire that users fill out was created using Typeform software. Some students at Duke University expressed concern about this third party, which has a separate data policy and has had a previous data breach. “Do you really want anyone on the Internet—not just now, but 20 or 30 years from now, future employers and friends alike—reading about whether or not you think you’re smarter than your Duke peers?” asked the Chronicle, referring to a question from the pact.

However, many students do not believe the program poses substantial data privacy risks. “I do recognize, you know, the privacy concerns that could exist there; but I mean TBH [sic], Instagram probably could’ve figured that all out,” Eric Bazail-Eimil (SFS ’23) said. “What’s the Marriage Pact going to do with [my data] at this rate that they couldn’t have already done on Instagram, Facebook, Google, et cetera?”

Nonnenkamp agreed. “It’s not like I was giving them my social security number, my birthday, or anything that would actually be dangerous in terms of identity,” she said. Nonnenkamp argued that the questions were no more invasive than other forms of data collection. “Honestly, your internet browser probably already knows [the information from the Marriage Pact] about you just from your search history.”

Privacy issues may have been a deterrent for some, but one in four Hoyas still entered the program, according to the Georgetown Marriage Pact’s Instagram page. The account promoted participation with university-related references. “If the rats near Henle can find love, so can you,” one post claimed. The advertising campaign also included a paid promotional video via the service Cameo from Reed Alexander, known for his role as Neville in Nickelodeon’s “iCarly.”

Bazail-Eimil, who has seen similar programs aimed at Georgetown students, noted differences in advertising tactics since the Georgetown Marriage Pact’s start in fall 2019. “In the Lau stairwell people tend to post flyers, and I saw this thing that was like, ‘We’ll find your soulmate at Georgetown,’” but he was skeptical. “It was on like a white sheet with almost typewriter print, and I was like ‘I’m not doing this.’”

This time around, the Pact adapted to Georgetown’s virtual environment, recruiting participants by following students on Instagram and communicating via email. Before sending match results on March 17, a preliminary email was sent teasing participants with the initials of their match, and a reminder that they may not meet their soulmate.

“An algorithm is not the hand of god. All sorts of funky things can happen with algorithms,” the email read.

The email informing participants of their results came with their match’s name, Georgetown email, and suggested conversation starters based on points of compatibility. For Bazail-Eimil, the announcement was especially surprising: not only was it one of his closest friends, but the two had filled out the questionnaire simultaneously on Zoom. The result was a purported 99.8% compatibility rating between the two.

“We came up with distinctly different answers on a lot of different questions,” he said. “I think that makes a lot of sense obviously, because you know, you can’t be compatible with a carbon copy of yourself.”

Other students fared worse. Aslami was hopeful after receiving a 99.99% match, which the Pact specified was “one of the best matches on campus,” but later discovered via Instagram that her match was in a relationship.

For Nonnenkamp, the result was even more of a let down—her match came with a nonexistent Georgetown email address. “When I got the email and I’m like, ‘This is a bot,’ it was a little bit disappointing,” she said. “They kind of talked this up as like, ‘You’re gonna meet someone who’s so cool!’ and I did not have that experience.”

There may not be budding romances for these pairings, but the Marriage Pact wasn’t a complete failure. Though Bazail-Eimil was already close with his match, he gained a new perspective: “It was like scientific confirmation for a good friendship, which is never a bad thing.”

Similarly, Aslami didn’t get exactly what she expected, but still saw the possibility of a near-perfect match in the future.

“It would’ve been cool to talk to someone, but I think that just knowing there’s someone out there that I’m randomly connected to in our values or how we live life is kinda cool,” she said.