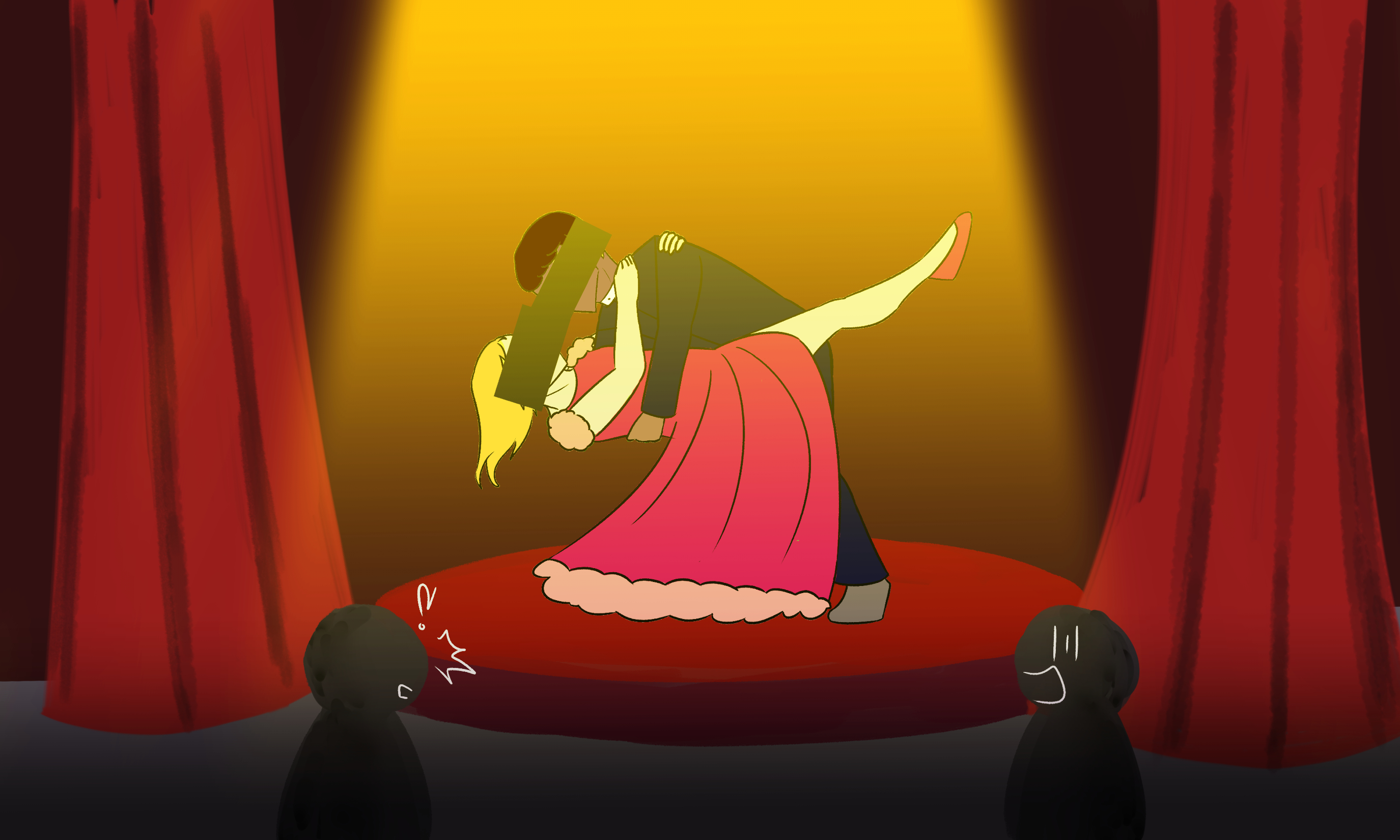 Georgetown’s Jesuit values and commitment to cultivating knowledge are being threatened by public displays of affection (PDA) by couples in Lauinger Library (Lau), according to disapproving students, who claim the displays disrupt the ethos of work in a historic center of higher learning.

Up-and-coming Instagram account @couplesatlau uploads student photo submissions of these incidents of PDA with clever and sarcastic captions. This publicity, however, has only shaped featured couples into quasi-celebrities, further validated their actions, and normalized PDA on the Georgetown campus, spotted couples have reported.

One of many Instagram accounts showcasing the affection shown by Hoyas in on-campus public spaces—including the original @couplesatleos and @couplesatmsb, which capture PDA at Leo J. O’Donovan Dining Hall and the Rafik B. Hariri Building for the McDonough School of Business—@couplesatlau has been posting pictures since September of last year. The return to campus, and ending mask mandate, seems to have bolstered couples to express their affection in physical—and highly public—terms.

“The work started with @couplesatleos then when we saw a couple being particularly affectionate in lau, the idea hit us, we snapped a pic, and that’s the story of our first post!” the @couplesatlau account owners anonymously wrote in a direct message to the Voice about their inspiration for the page.

Lau has become a central arena for Georgetown couples to publicly display affection for each other amidst their diligently studious peers. Hannah Adler (COL ’24) and Charlie Sewell (NHS ’23), who form the self-proclaimed power couple “Channah,” recently (and controversially) ascended to fame on campus on the back of a @couplesatlau feature.

“We can’t walk down the street together or individually without being stopped. I’ve had to give many autographs. People keep asking to recreate the photo with me which is really awkward,” Adler said. “People have told me I’m really down-to-earth for the context of what’s happened.”

The couple is still learning to cope with the spotlight and resulting astonishment from their friends and peers. “A couple people in my frat have come up to me. They were all really jealous, I think,” Sewell said. “A lot of them are single. They just said, ‘You know, congrats!’”

Both members of the duo agree that PDA in Lau is a natural expression of love and should absolutely have a place on campus.

“I think when you go into Lau you have to expect couples are going to be showing affection towards each other. That’s just a given. Everywhere in public you go you just have to accept that,” Adler said, explaining that the Instagram account actually encourages couples’ public affection.

According to Adler, no space on campus is off-limits for “Channah’s” PDA. “Dahlgren Chapel is one of our favorite places,” she said.

Despite the struggles of immense public visibility, the couple expressed no plans to slow down their habits. “I feel like I’m Peeta and you’re Katniss. The whole world wants to see us together,” Sewell gushed as he took Adler’s hand. “We’re really excited for the mask mandate to end so we can make out more.”

“Channah’s” excitement is not spoiled by heavy backlash from a few students who oppose the frequent flirting and kissing in Lau and believe that these shows of affection should require a non-public room. Alexa King (COL ’24), a strong believer in Georgetown’s commitment to education and Jesuit values, admitted to concerns about Georgetown’s couple scene affecting her academic progress.

“I’m trying to write about the Problem of God, but the real problem is the PDA at Lau,” she said.

Rebecca El Choueiry (COL ’24) recalled a similar experience of couples at Lau disrupting her revision for an organic chemistry exam. “I look back and they’re having some sort of battle with water bottles or umbrellas,” El Choueiry said. “I hear giggling and stuff, but I’m trying to do my own work. Mind you, I have my headphones blasting, but I turn and see him carrying her into the study room.”

King cited Georgetown’s residential resources as helpful in coping with what she considers immoral behavior. “I live directly across from a residential minister and I often find myself so distraught by the couples at Lau that I have to confide in her,” she said. “I definitely see Georgetown couples as an invasive species that has infiltrated our campus.”

According to King, @couplesatlau represents behavior antithetical to Georgetown’s mission statement and status as a Jesuit institution. “I think it’s really inappropriate that any form of social media is perpetuating these displays, especially given that we go to a Catholic school,” she said.

Rather than being horrified or disgusted by it, however, @couplesatlau finds creative inspiration in the vulgarity of Lau’s culture of PDA. “Our biggest inspiration is all the Hoya couples that have absolutely no shame. It’s amazing all the public spaces that you can gross people out at,” @couplesatlau wrote.

The anonymous moderators of the account believe that jealousy and loneliness are likely the central reasons for backlash but also express empathy for insecure students.

“We get it, the last thing you want to see after being in Lau for eight hours straight is freshmen making out but hey, it’s ok. You’re lonely and bitter. We are too,” the moderators wrote.

Although Lau-frequenting couples like “Channah” are empowered and encouraged by their feature on the page, @couplesatlau says that their intention with the page is not to encourage further affectionate behavior, but to shame the couples.

“You’re supposed to sexile your roommate, not the group project sitting right next to you.” 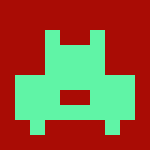 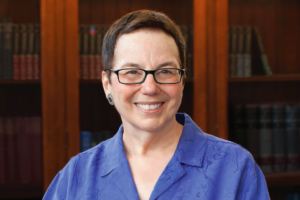 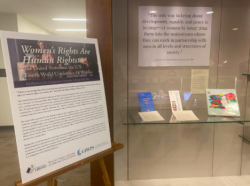 The more things change, the more they stay the same 😂🤣