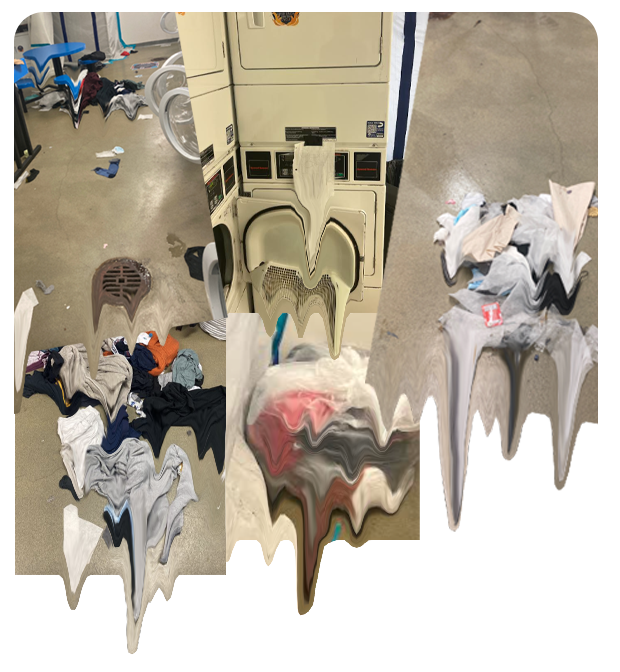 When Village A (Vil A) residents moved back into their rooms for the spring semester, they could not have expected their already chronic laundry room issues to intensify.

Of the 12 washers and 10 dryers meant to serve a community of up to 456 people, two dryers were moved, covered in a translucent tarp, and declared out of order by Residential Services in January. Vil A residents have since listed a further five washers and five dryers as out of order. For the past three months, poor conditions in the laundry room have accumulated, and community members have become increasingly desperate.

“There’s a crazy number of clothes piles in the laundry room, and like half the dryers are broken so please come get your laundry,” Jess East (COL ’23) wrote in the “Vil A!” GroupMe on Feb. 1.

East was not the only student to face an excess of decrepit equipment and mountains of neglected, soaked clothes piling up in the damp room.

Over the next few weeks, as more residents returned, the sorry state of the remaining machines, and soon the room itself, became evident. Reports of more broken machines started to appear alongside the usual reminders to remove clothes from washers and dryers in the group chat.

“Whoever has stuff in washer 21, it’s overflowing with water,” Dante Schorge (MSB ’23) said on Feb. 9. The chat is riddled with similarly dire warnings over the state of residents’ garments.

Facilities issues are nothing new at Georgetown, but the scale and duration of the laundry room problems and their impact on virtually every Vil A resident are particularly unique. Reports of more flagrant issues like rat-infested dorms and flooded toilets swiftly make their way around campus through group chats, Instagram accounts like @georgetown.hotmess, and word of mouth. The concealed nature of the Vil A laundry room’s dysfunction—few outside the community know of its plight—seems to have allowed it to elude such scrutiny.

Someone unfamiliar with the unpredictability of the Vil A laundry room machines would be easily fooled by their seeming innocuousness: only two dryers have out-of-order signs on them.

“Tip! If you’re really into the distressed look there’s a chance dryer 3 adds some natural holes to your clothes during the drying process,” Brett Guessford (COL ’23) said on Feb. 28. “My lord avoid washer 17 like the plague.”

As the list of offending machines grew, the tenuous balance residents established among themselves to manage the already-inadequate laundry room last semester descended into chaos. “That was horrifying,” Francis Antonyraj (COL ’23), a Vil A resident, said in an interview with the Voice about the initial shock of seeing the tarp-covered dryers.

When asked about their least favorite machine, Antonyraj said, “Oh god. There’s one, I think it’s dryer 4 or dryer 2 that either doesn’t work or makes your clothes smell like they’ve burnt. It’s one or the other. It’s just a binary. It’s a flip of the coin. And I hate that.”

The lack of machines has forced some residents to make lifestyle modifications.

“Most of the time I have to do laundry at odd hours, like, you have to catch it off peak for sure.” Antonyraj said, explaining that weekends are a no-go for laundry. “Honestly, most normal times during the day I end up not doing my laundry. Then I usually wait until it’s super late and there’s no chance of anything happening. That’ll fuck up my sleep schedule.”

Another issue for residents has been the lack of communication about laundry equipment issues from both the Planning and Facilities Department and Residential Living. Antonyraj talked about their frustration with poor university communication about the tarp-covered dryers.

“They haven’t told us what that project is or when it’s going to end,” Antonyraj explained. “So we just had the amount of dryers we had halved which made everything much more intense in general.”

Resident Assistants (RAs) and residents have filed work orders with Facilities and service requests with Caldwell & Gregory, the commercial laundry service that manages Georgetown’s machines—to no avail. “I think about a month ago, someone put in the group chat that the work orders have been accepted, but nothing’s happened and they’ve received no other communication,” Antonyraj said. “It’s sort of been an expectation that Facilities is not gonna return to the project.”

Abandoned amidst flooding and busted machines, residents have tried to collectively manage the issue. Antonyraj created a shared Google document in which residents can report broken machines to warn students of the perils that will greet them in the laundry room.

The laundry room tensions also seem to have also led to a breakdown in civility between residents. Indiscriminate piles of clothes placed on the dirty, wet laundry room floor are common. Residents have started throwing masks, used dryer sheets, lint, and Chick-fil-A waffle fries on the floor.

“First of all there are students that don’t take out their laundry at the appropriate time and they leave their stuff in the dryer, which is kind of gross and inconsiderate,” resident Gina Joon Park-Loughlin (SFS ’22) said, explaining the dual causes of the mess.

“On the other hand, there are students that take those clothes out of the dryers and then put them on the table or put them on the floor because there’s not enough space and just leave it there,” Park-Loughlin added.

Antonyraj agrees that the laundry room unrest has incited a decline in basic etiquette. “There’s some level of this which is on personal responsibility. People should be able to move their stuff out of their washers and dryers pretty quickly, that’s just a reasonable thing and respectable.”

The larger tension, however, Antonyraj explained, is the lack of enough working dryers to support hundreds of students. “I think the fact that there’s that general tension means that people place blame on each other.”

With no communication from the university and no work in sight, however, the only viable solution for Vil A residents’ laundry woes seems to be crowd-sourced warnings shared via the Google Doc. Either that, or just go to Jes Res. 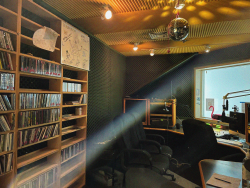 By Annabella Hoge and Caroline Hamilton

Inside the mind of the art world’s most enigmatic rat